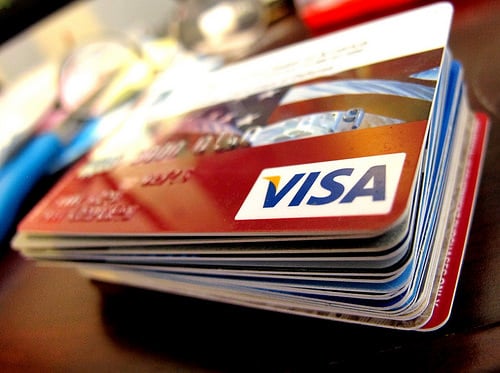 In August 2018, Nigerian fintech startup, Paystack, announced its Series A funding round of $8 million. Payment giant, Stripe, led the round with participation from Chinese tech giant, Tencent, and global payments giant, Visa.

Visa would go on to invest in another Africa-focused fintech startup, Branch, co-leading and backing the startup in its Series C round of $170 million.

This time, however, a partnership came along with the investment. Branch said in a statement that the partnership would see Branch and Visa offer virtual prepaid debit card numbers to Branch’s customers, thus allowing unbanked customers receive money seamlessly.

In November 2019, Visa invested $200 million for a 20% stake in Nigeria’s biggest electronic payments company, Interswitch, as the latter became Nigeria’s first billion-dollar tech company and Africa’s first fintech unicorn. A partnership was formed when the pair released a statement; however, details of what should be expected were not revealed.

Just two months ago, Visa made another move by participating in the $35 million Series B round of four-year-old Nigerian fintech startup, Flutterwave.

Prior to the round, Flutterwave had partnered with Visa to launch consumer payment product, Barter. It was developed to allow existing Visa cardholders to send and receive funds around the world and also let non-cardholders create a virtual Visa card, link to the app, and make transactions.

As part of the Series B round, the startup announced that it would scale up and expand the Barter service using Visa’s networks.

While Paystack, Branch, Interswitch, and Flutterwave all represent Africa-focused fintech companies Visa has funded and made strategic partnerships with, there are other fintech players Visa has struck partnerships with without making investments.

One of such is South Africa-based and pan-African fintech company, MFS Africa. The fintech company says it connects over 180 million mobile wallets on the continent with an API. In December 2019, the pair collaborated to enable mobile money users on MFS Africa’s network access a virtual Visa card for eCommerce and remittance transactions.

The partnership benefits both parties as it helps Visa deepen its hold on Africa’s fintech space and furthers Paga’s global expansion plans in East Africa, Latin America, and Asia.

While Visa’s non-equity partnerships with MFS Africa and Paga does not include investments in both startups, Visa’s Head of Strategic Partnerships, Fintech and Ventures for Africa, Otto Williams says that the payments giant could invest in these African fintech companies later even though the company’s focus right now is on making these non-equity collaborations.

Whatever the case, the investments and partnerships Visa has made so far clearly indicate that it is making deliberate efforts to widen its reach within the continent and if we’re to go by what it has done so far in three years, the payment giant is just getting started.