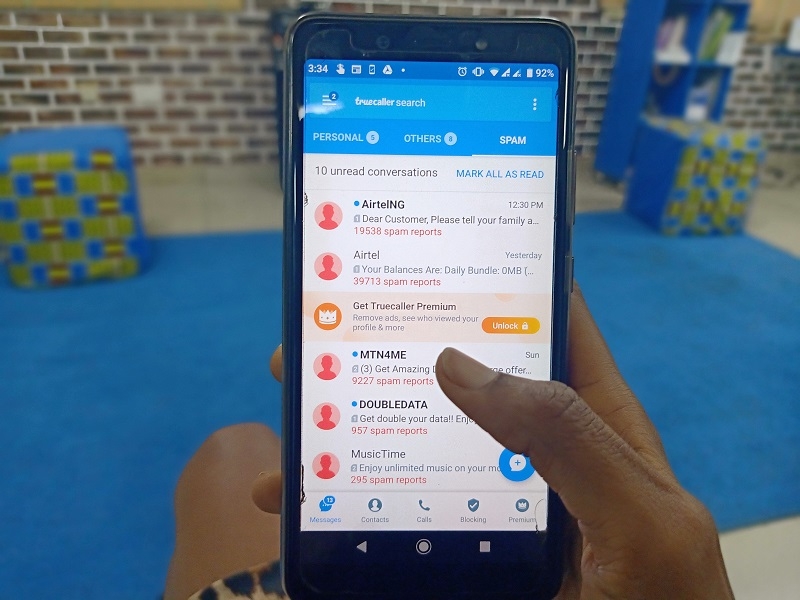 Mobile phone penetration has been on the increase in recent years and as a result, users have constantly had to deal with some of the side effects that come with mobile usage, like spam calls and SMS with apps like Truecaller.

According to a recent publication by Truecaller, three African countries feature amongst the top 20 countries in the world affected by spam calls in 2019, with South Africa, Nigeria, and Egypt ranked 6th,18th, and 20th respectively. Each nation witnessed an average of 25.2, 8.4, and 7.9 spam calls per month respectively.

Across the globe, network operators are regarded as the biggest culprits responsible for spam calls and SMS but the numbers in Nigeria appear to be relatively high.

Nigeria last appeared on the list in 2017 but in two years, spamming by operators has grown from 61% to 85%. Scam calls accounted for 12%, and telemarketing, 3%.

This increase is despite the introduction of the Do-Not-Disturb rule that was meant to halt the spate of unwanted messages being sent to mobile phone users.

The data for this report was gathered from calls marked as spam by users or numbers automatically flagged by Truecaller during the period of January 1st, 2019 to October 30th, 2019.