3 ways to get that “AI Magic” in Africa, according to Google software engineers 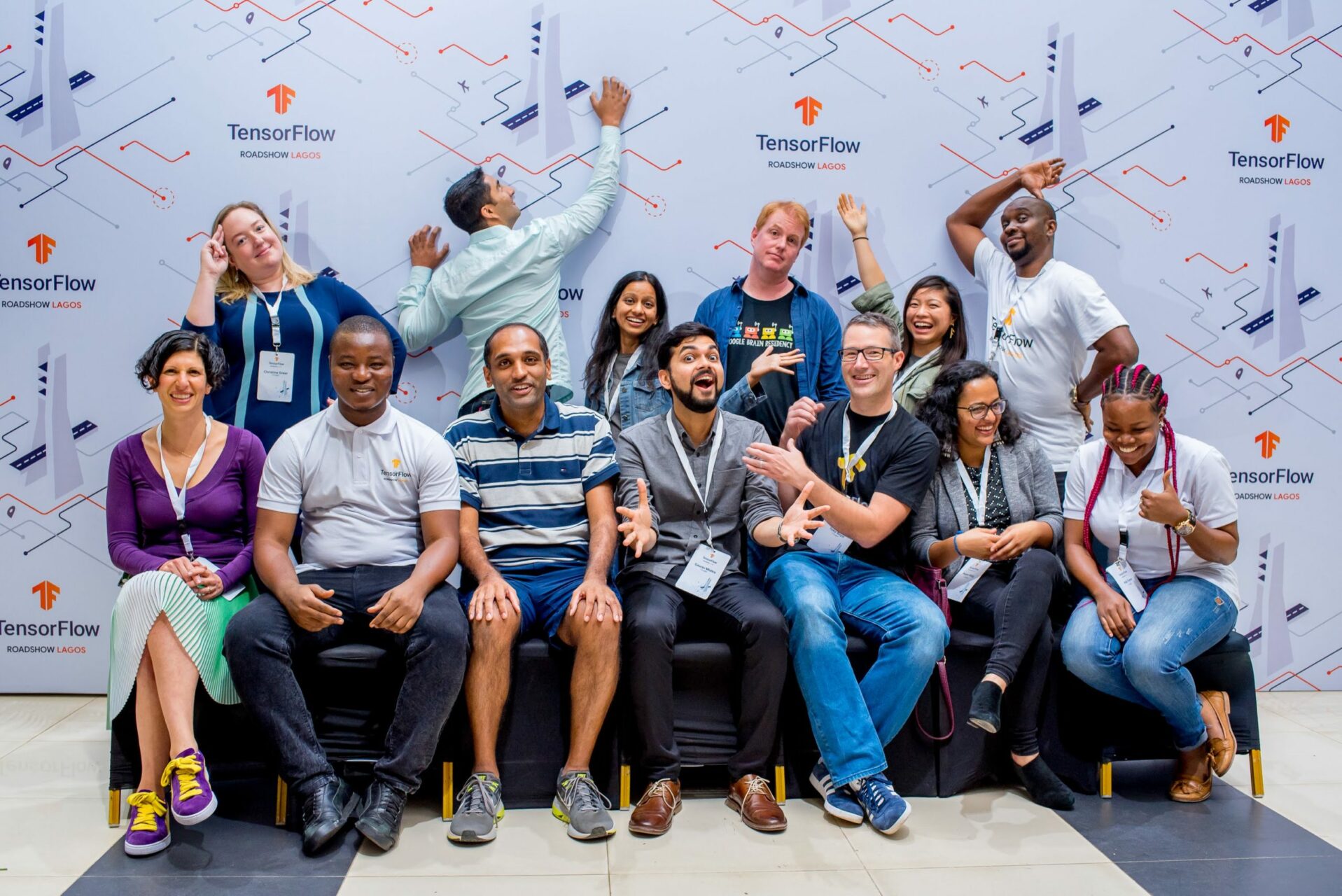 Artificial Intelligence (AI) has become one of the official buzzwords for technology in the 4th Industrial Revolution (4IR).

There is still a long way to go in terms of learning and implementing this technology in Africa. Thankfully, organisations are investing their financial and human resources to develop the continent’s AI expertise. Google, for instance, has directly invested by launching an AI Research Centre in Accra earlier this year.

Other human investments were recently confirmed by Daniel ‘Wolff’ Dobson — developer programmes engineer at Google — who led a team of software engineers from California that went to three cities in Africa to spread the word about AI.

Using the Tensorflow Roadshow, these engineers are expected to tour 11 countries of the world discussing AI, Tensorflow, and highlighting the people who have been using these tools to solve local and regional problems along the way.

So it came as no surprise that the Tensorflow Roadshow was touching down in three different regions across Africa, representing Google’s commitment and investment in the continent.

After talking to a couple of the engineers — and a Google programme manager for Sub-Saharan Africa — we gained some interesting insights that signal the way forward.

The team highlighted AI communities they believed are doing great work in their region. Data Science Nigeria (DSN) stood out for its mission and active work in democratising data science and AI to make Nigeria a hotspot for AI talent all over the world.

Other featured organisations in the region were AI Kenya, Nairobi AI, and AI Saturday in Nigeria that curates AI educational materials and organises trainings at little or no cost to interested individuals.

These organisations prominently featured on the Tensorflow stage because of their dauntless efforts in building AI communities in their regions, and for encouraging stakeholders to use AI to solve local problems.

Tensorflow Teammate assisting a student during a codelab at iHub in Nairobi. Image courtesy Chris Barsolai

The theme of the community has been consistently emphasised by Google in the past. They have made promises to provide faculty research grants, PhD scholarships, and sponsor Masters degree programmes to support community development and learning in Africa.

Suggested Read: How Google is driving artificial intelligence for Africa by Africans

The “AI magic” is not as magical as most  think

The engineers agreed that there is more to the “AI Magic” than meets the eye.

And the engineers, especially Yifei Feng — who delivered the keynote address at the event — did not stop drilling this into everyone.

To work with AI, she stated, there are three elements that need to be in place which are a lot more accessible now thanks to the advancement in technology over the past few decades.

An important point to note is that AI can’t be applied without a lot of data. Specifically, a lot of streaming data, a fact that Aniedi Udo-Obong — the programme manager for sub-Saharan Africa — highlighted during a chat over lunch.

Thankfully, Yifei emphasises that these datasets are now readily available and allow for some creativity during experimentation.

“Datasets like these that are really high quality open the door for machine learning practitioners. Instead of spending so much time gathering your own dataset, you can just download a relevant dataset and start experimenting…”

Another ingredient needed is massive computing power, which would have been a lot more time-consuming to get from a typical computer in the early 1990s, according to Yifei.

At that rate: “…it will probably take Intel Touchstone Delta about 200 days, which is a long time.”

Because AI is somewhat new and many discoveries on its application for social good are being made, businesses and new developers are constantly being encouraged to get their feet wet.

“We want to help data scientists and engineers apply these innovations to solve problems in their industry. We also want developers to build intelligent apps to help their end users,” Yifei said during her talk.

This is apparently what they believe some organisations are doing with AI in Africa.

To push innovation across the continent, having the knowledge of what needs to be done, the education and experience required and support will help. And if we do this right, we might be the ones taking a trip to Silicon Valley to teach them a few things about AI in Africa.