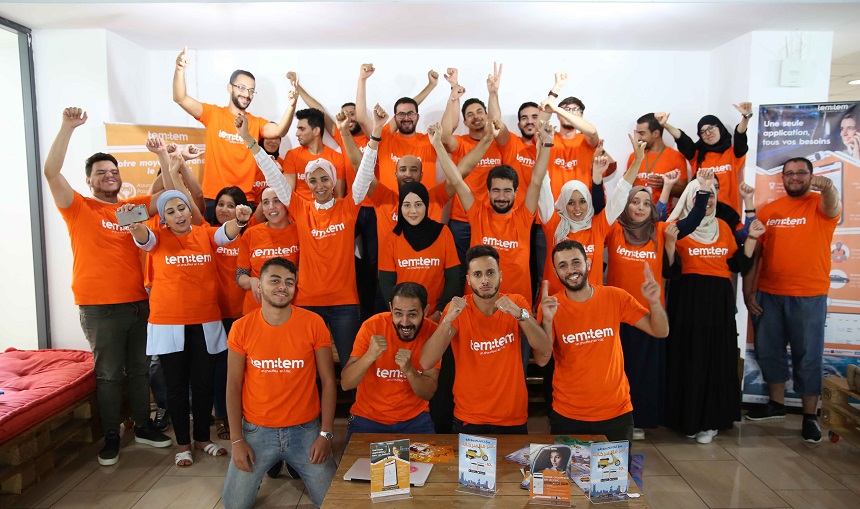 TemTem, Algerian mobility startup, recently raised $4million in series A funding round, the highest funding round in Algeria. TemTem is an app-based ride-hailing and taxi startup which serves over 150 companies and 200,000 users in Algiers and Oran.

Apparently, this is another record with the first being a $1.7million fund — the largest any Algeria-based startup has gotten at seed stage —  since its inception earlier in 2018. This brings the business’ fund chest to $5.7million within the space of a year.

The funding round, led by Tell Venture Automotive and other private investors, is crucial to bolstering the startup’s ambition to expand other to 10 Algerian cities and also include two new services which the founder, Kalem Hadar, did not disclose.

There’s no guarantee that Yassir will continue to be its only indigenous rival for a long time. Hence, TemTem plans to offer incentives to its drivers  to stay afloat in the face of competition.

Africa hosts nearly 60 ride-sharing services across 21 countries with only few in francophone Africa, but the challenge still remains accessing finance that will help them scale their businesses.

In 2018, only 1% of the $1.16 billion raised in equity by African tech startups was allocated to francophone Africa according to Partech Ventures’ report on startup funding in Africa. Coupled with this, Algeria was barely represented in the 108% rise in equity funding which African-focused startups experienced in 2018.

Hopefully, TemTem’s funding round will further expand the possibilities available for emerging tech market in Algeria.

Ultimately, it is expected that TemTem’s plans to deploy the fund should result in providing value propositions capable of differentiating it from other startups with plans to enter the market. A case in point is Uber Careem, which made its intention to expand to Algeria public in November 2017.