Boomplay’s dominance and the music streaming market in Africa 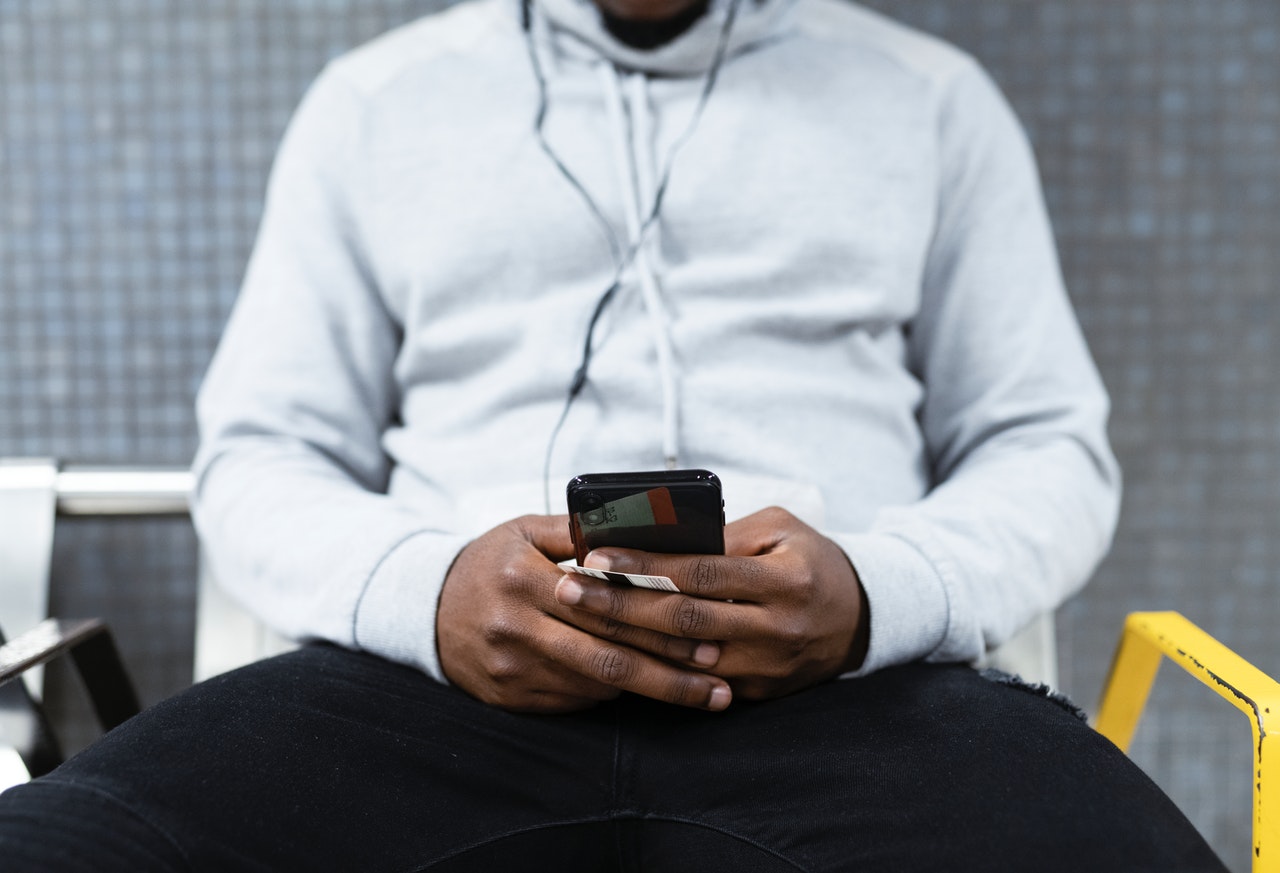 Earlier in April, music streaming platform Boomplay raised a $20 million Series A round led by Maison Capital and Seas Capital to expand across Africa.

Boomplay, currently the fastest rising music streaming service in Africa, is a product of Transsnet — a joint venture between Chinese companies Transsion Holdings and NetEase.

It was launched into the African market in 2015 and has since reportedly garnered up to 42 million active users mostly from Africa; Nigeria, Kenya, Ghana and Tanzania.

Boomplay’s rise in popularity among Africans can be attributed to the fact that it comes preloaded in Transsion smartphones which are the best selling smartphone brands on the continent. Asides the pre-install strategy, the app is also available on Google Play Store for all Android Users and the Apple App Store for iOS users.

These, according to Tosin Sorinola, Head of Public Relations at Transsnet Music Limited, are not the only reasons behind the platform’s seeming dominance in the African music streaming market. 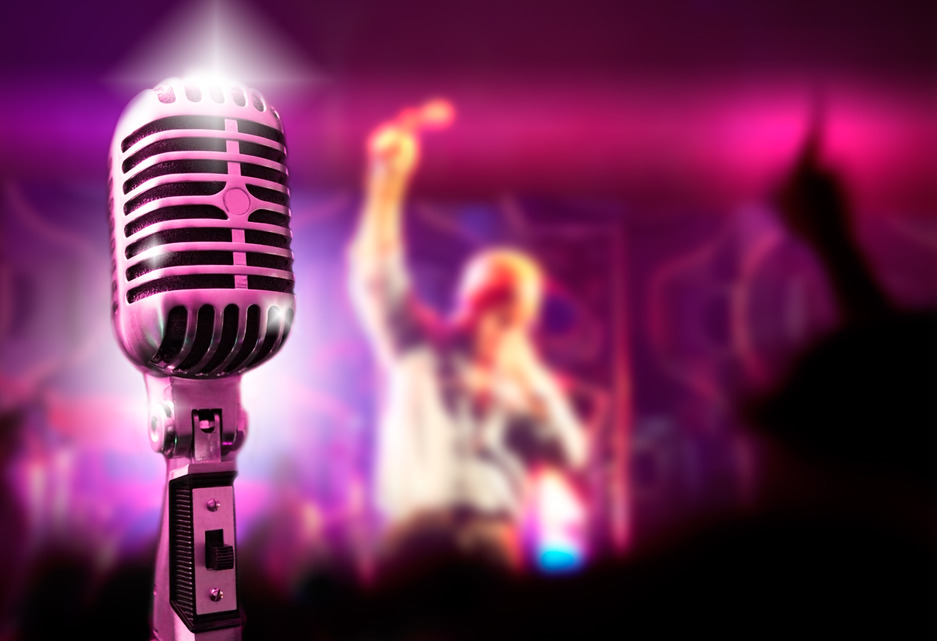 In addition to the platform’s wide range of local music, it has a rich list of international tracks by way of deals with large record labels like Universal Music and Warner Music.

“As of today, Boomplay hosts a catalogue of 5 million songs from both African artists such as Fela Kuti, Davido, Tiwa Savage and international artists like Drake, Rihanna, Nikky Minaj, Cardi B and Ed SHeeran. This catalogue is still growing on a daily basis and is expected to grow to at least 10 million by the end of 2019,” she told Techpoint recently.

Boasting of 44 million users majorly in Africa, over 20,000 African artistes across several indegenous genre, and reportedly over 10 million installations off the Google Play store alone, Boomplay’s top position in the African streaming market is undeniable.

The music streaming business in Africa

With the proliferation of technology and the Internet in Africa came the shift from listening to music via primarily radio, physical CDs, downloading pirated free MP3s and now to music streaming.

Around the world, streaming platforms like Spotify, Apple Music and Tidal have taken over music distribution from the traditional channels. According to the International Federation of the Phonographic Industry (IFPI)’s Global Music Report 2019 (pdf), streaming  now accounts for about 47% of global music revenue. 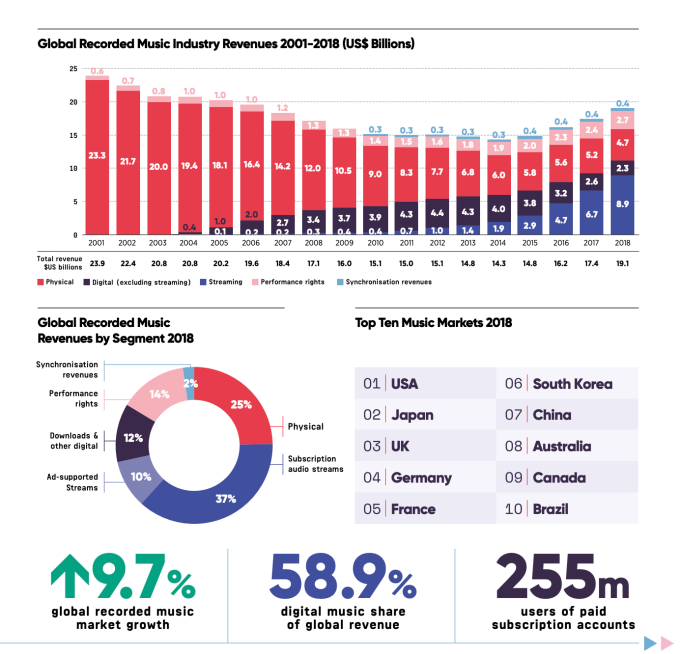 With the industry now worth about $19.1 billion globally, the African market is still largely untapped. Granted that Boomplay is raking up new subscribers daily, and international platforms like Spotify and Tidal are making attempts to tap into the continent’s potential, the market is still unstructured and so they face various challenges.

Since 2010, when digital music services were introduced in Africa with the likes of Simfy Africa, launched in South Africa and Iroking in Nigeria, many digital music platforms have sprung up across the continent, providing music lovers with access to tons of local music digitally.

While many of them have shut down operations over the years, others are still grappling for a share of the small market which has a huge potential to grow, but is still in its infancy, even nine years later.

In a Medium post published yesterday, iROKO founder Jason Njoku revealed how he lost $2 million in the Nigerian music industry through Iroking. One of the most prominent challenges the company faced before shutting down in 2018 was monetising music, as Africans still prefer not to pay for music.

When we asked Tosin for the percentage of paid users on Boomplay, she said, “we are not ready to disclose publicly the specific subscriber percentage at this time. But as far as we know, our conversion rate is very promising compared to the conversion rate of other emerging markets.”

Asides the issue of Africans’ buying culture (or lack thereof), the industry’s challenges can also easily be tied to the continent’s Internet and smartphone penetration, cost of data, piracy and inadequate PR. For Boomplay, which uses a freemium model, it is majorly payments.

“Users who want to opt into the premium service and/or purchase content are sometimes faced with varying levels of user experience ranging from poor to average from mobile payment platforms currently in the market,” says Tosin.

“The main factors impacting this are poor technology and Internet stability, which cause connections to drop or errors to occur during the payment process. Some platforms also require a lengthy process and several sections to be completed in order to process a payment.”

Notwithstanding, Tosin is optimistic that the issue will be sorted out soon enough.

“What’s more, we need the artistes to stand by us by not sending their music to pirate sites for free downloads. People are willing to buy if they stop giving them out for free,” she adds.

As an alternative to giving their music away for free and using other traditional distribution channels, artists make money off music streaming by distributing their songs on various platforms with the help of digital music distributors, also called aggregators.

“As an artiste, these digital platforms give you some sort of branding and help to organise your discography because you have all your songs in one place,” says Nigeria-based artiste Amen-Omoregie Osamudiamen, popularly known by his stage name Reggie!.

“Music is a journey, for each mile you get to, you gain fans. So having your songs on digital platforms would help your new listeners access your old music.”

Depending on the preferred revenue sharing models, aggregators may require a flat fee from artistes or take a percentage of royalties from streaming revenues.

Typically, the digital platforms take a cut of the revenue, while the artist, aggregator, record label and manager share the rest, as the case may be. 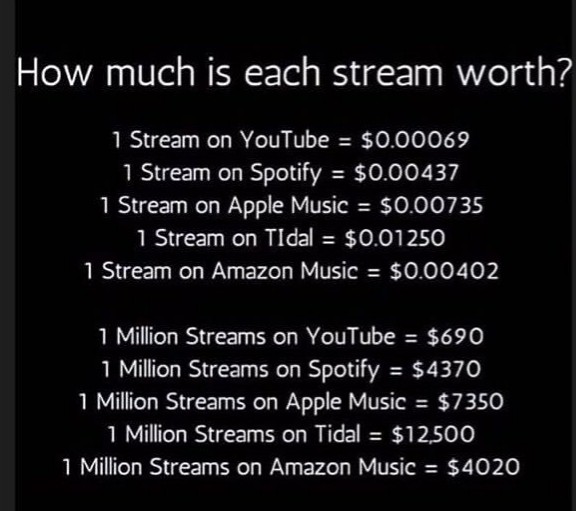 According to Reggie!, artistes do not earn enough money as they should from local streaming platforms. And it is even worse for up and coming artistes like himself. This is why many artistes focus more on getting their songs on international platforms.

Boomplay did not reveal the cost per stream on its platform as it is confidential information but claims that it has the best revenue sharing model in Africa.

A 2017 report by Pulse revealed that Nigerian artistes are underpaid by local digital music companies. The report further stated that the major local platforms; Boomplay, MTN’s Music Plus and 9mobile’s Cloud 9 on average split revenues 50-50 with distribution companies who then share what is left with the artiste and other involved parties. In the end, the artist is left with next to nothing.

Reggie! says this situation still remains true till date. However, he is optimistic and believes that things will get better.

“It is a growing industry. Even though Nigerians are still used to downloading music, blogs and websites are no longer where people look when they need new music. I believe the younger generation will embrace the streaming culture. Then considerable profit would be possible.”

The growth of the African music streaming industry is clearly dependent on various factors, but more importantly, on the buying culture among Africans.

In order to get more Africans to pay for music, Boomplay says it plans “to educate music lovers on intellectual property laws and use, in order to build a buying culture that can significantly increase streaming and the overall reach and revenue of artistes”.