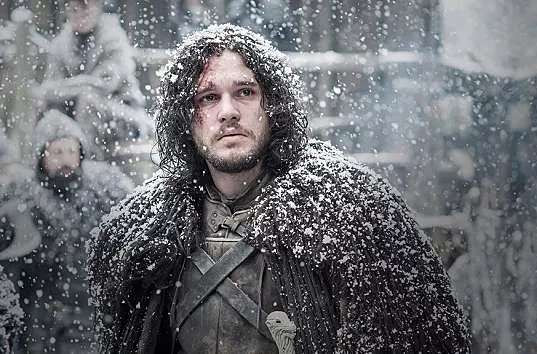 The final season, season 8 of the show is also one of the most anticipated seasons of any show as fans had to wait almost two years for its release.

When the first episode was released last Sunday, fans around the world took to social media to celebrate and react to seeing some of their favourite TV characters again. Disclaimer: Spoilers ahead.

Me watching the first episode of Season 8 where literally nothing happened: #GameOfThrones pic.twitter.com/6AohtGs0QU

Finally getting around to watching new #GOT episode. The intro music has me just short of aroused. 2 years you’ve been gone. I don’t care what you did. I still love ❤️ you. @GameOfThrones

i'm watching the season 8 premiere again and damn if i don't have a soft spot for the Starks. watching them reunite gets me every single time.#GameOfThrones pic.twitter.com/CYJk68dYO5

The start of Season 8 Episode 1 was identical to the pilot episode. Here is a comparison.#GameOfThrones pic.twitter.com/uuXiIrP3EK

There is a prophesy that Cersei Lannister will be killed by her brother. It will most likely be Jamie Lannister. If Jamie doesn't do it, Arya will wear Jamie's face and kill Cersei. Either ways, prophesies get fulfilled. Daenerys won't sit on the Iron thrones btw. It is known.

ARYA AND GENDRY, married, end up on the Iron Throne!

Sansa is queen in the north.

Everyone else is dead, basically.

Happy Game of Thrones Day! Here are my major predictions for this season.

I went bold, I think they’re going to punch the fans in the gut this season. I honestly hope I’m wrong about most of these.

They better give Bronn his castle though. 😏 #GameofThrones #GoT pic.twitter.com/HEfXJY0E4T

When they told us season 8 would all be movie length episodes and you get 54 minutes #GameOfThrones
https://t.co/yVr4t6Qfoj

Jon Snow everytime he drops a title and he's been offered another one higher. pic.twitter.com/CPxWAdIciV

No matter how much hype it gets, I’m never going to watch Game of Thrones

To all the GOT people 🤨..I’m gonna call the cops.. pic.twitter.com/HI5xGHimGb

"Game of Thrones" has used 12,137 hairpieces and 4,000 gallons of fake blood over the 8 seasons https://t.co/0po4jWtHrg pic.twitter.com/cGAsFXYqSM

Somewhere in onitsha someone is already selling complete season 8 of Game of thrones. pic.twitter.com/7PRX5etJlz

One for the #GOT fans…so word on the street is only tageryans can ride the dragons….yet the night king can also ride a dragon which seems strange 🤔 all am saying is what if the night king is John snows dad 🐸☕️ #GameofThrones pic.twitter.com/suR966h8vx

Anyone else seeing this? #GoT pic.twitter.com/dAoLDwezTg

Hey guys …have you watched game of thrones? pic.twitter.com/Fn65s4uwgg

Here’s a preview of the season’s second episode scheduled to air this Sunday;

In his court case against the Independent National Electoral Commission (INEC) and the All Progressives Congress (APC), Atiku Abubakar, the Peoples Democratic Party (PDP) presidential canditate for the just concluded presidential election is set to call some interesting expert witnesses.

To authenticate these claims, Atiku is reportedly set to invite Microsoft, IBM and Oracle experts.

It seems we under estimated .@atiku resolve and preparation for the #Nigeriadecides2019. Just as we thought Senator Ademola .@IsiakaAdeleke1 was all about dancing. pic.twitter.com/OMtdXz9Pha

Atiku is not joking at all!

Microsoft and IBM experts will surely explain if the results are from INEC server or not will 100% accuracy! https://t.co/h7exATumNa

At this point of our nation's history we need a President like @atiku who is technologically savvy and proactive.
Imagine his proactiveness with the last fraudulent Presidential election. Atiku to call Microsoft, IBM experts as witnesses, gives details of INEC servers.

It’s crazy how somebody would scam you , and you still expose your ignorance openly. @atiku has been scammed. How do you claim Network Layer’s system as Inec Server. And the funniest thing is that a lot of educated Nigerians are actually buying this rubbish . Let us reform EA ACT pic.twitter.com/qPMKdDampN

He will soon invite microwave, microphone and microorganisms.

So because PDP and Atiku threatened to bring in Microsoft to clear APC doubt that's why buhari is now guming body with Bill Gate.

So APC and buhari dey fear reach like this 😂 😂 pic.twitter.com/ZiNRKrOwEB

APC: PDP and Atiku are about calling Microsoft and IBM as witness on the election matter oooo

It all started when the ace Nollywood actress took to Twitter to express her discontent with the current state of Nigeria’s economy.

The Country Under your watch is Hellish! @ProfOsinbajo @MBuhari @NGRPresident The lack of Money in circulation,Now coupled with the Continuous Assault n Killings by Uniformed men’ll make this Country implode!!!It’s Unbearable! Do something!Insecurity!Fear n Desperation everywhere

Many Nigerians agreed with her views seeing that the state of the nation’s economy is actually “hellish”. However, some people felt the country isn’t so bad and Omotola was tweeting from a place of political bias.

One of such people is Bashir Ahmad, President Buhari’s Personal Assistant on New Media.

Madam Omotola those who are working for CLEAN money are not complaining and will never refer our dear country as ‘hellish’. In Kano State alone, from 2015 to 2018, no fewer than 200 medium and small scale rice milling centres emerged. For that, billions circulated among millions. https://t.co/nWprKIgpLC

As soon as I saw Omotola’s tweet, I knew she had made a mistake with that ‘lack of money in circulation’ line. Buharideens are one-way automatons and you have to insure your tweets against their stupidity https://t.co/rpBUCpGGna

It’s actually sad that you constantly show naivety and lack of touch with reality just because you have a room to your self in the villa. Insinuating that Omotola, one of Nigeria’s most successful film makers makes dirty money, even for you is just too much filth for your mouth. https://t.co/y1j1OTzH4Z

And can you tell us your life history Mr Clean money. If not for Buhari and his quota system who is @BashirAhmaad when you were wearing nappies Omotola was already swimming in millions from making movies. And what has your clean money done to reduce the Almajiris In Kano? https://t.co/nbJ7b5Vsqm

Omotola and many others like her complaining today, were part of the destructive 'sugar ants class' created by the PDP and Jonathan's govt in particular.
Buhari and APC's #change of spending focus, to the poor and for infrastructure has been understandably uncomfortable for them.

Omotola is wailing and rightfully so.

But if my memory serves me well, she endorsed this same Buhari pre-election.

This Next Level must touch everybody so that we will learn our lesson.

From the North to the South.

Omotola must have missed those days of easy money

Omotola is broke😢.
For alms & donations, Visit: https://t.co/y1K7AdBilQ
Thank you!

Omotola: Nigeria is hellish. No money in circulation. Continuous killing and assaults.

Bashir: How dare you? When we now have more rice milling centres in Kano.

Makes sense to me sha ..as per Nigeria na iphone now.. Let's dip the whole country inside rice.

Madam Omotola, we are aware of all the situations in the country. Truthfully we are not happy and we are tirelessly working something out. For example, In Kano State alone, from 2015 to 2018, no fewer than 200 medium and small scale rice milling centres emerged.

Omotola’s view reflects the views of millions of poor Nigerians;throwing mud on her cannot not twist the reality.

After reading the comment under Omotola ‘s tweet, I came to realize that Nigerians don't know what they want

This week, a viral video of 26-year old Lizzy surfaced on social media. The video was shared by Tony Rapu, a Nigerian pastor popular known for helping victims of society’s vices; sexual exploitation, drug and alcohol abuse and empowering them.

According to the story, Lizzy came from a well-to-do family, judging by the schools she attended; Caleb International Primary School and Vivian Fowler Memorial College. Watch the video below.

Trending video of a 26-year old lady who attended A class schools ( Caleb and Vivian Fowler) & ended up begging on the streets, prostitution at night just to feed her drug addiction..

She's one of those rescued from drug addiction by Pastor Tony Rapu.. pic.twitter.com/CBjtpP2hi5

What went wrong, where is the missing link:

Seeing a video of a drug user that went to Vivian Fowler and Caleb, sis has been on the streets up until her rescue, I have just one question, where are her parents ?? Her family ??

This could be anyone.. The School you attend is no criteria. And besides her parents would have some good cash. Vivian Fowler no mean say e no go do drug. It's Grace that really trains a child. pic.twitter.com/mCxBXM2ddp

Shout out to Tony Rapu. Man has been helping people for years and years. God bless him

Tony Rapu, a beacon of light and hope ♥️

Tony Rapu, a beacon of light and hope ♥️

That disclaimer by Vivian Fowler is some top drawer PR thing!🙌👍👏those saying it is unnecessary don’t know sh*t about brand preservation

Vivian Fowler won’t have released a statement if you lot focused on the Victim that needs help.

We are hailing Pastor Tony Rapu today. That's good. Please when next he is spending 20 minutes fundraising during church services, before you take a picture to post on twitter to tell us how materialistic he is, remember today.

So I saw this video about this girl that has a cocaine addiction and she went to Vivian Fowler and Caleb. Trust Nigerians in the comment section “ omg, those are good schools !!! How did she get there??? Yen yen yen” You think sey person wey go Harvard no dey do drugs? 🙄🙄