8 amazing things the Samsung Galaxy Note 8 can do 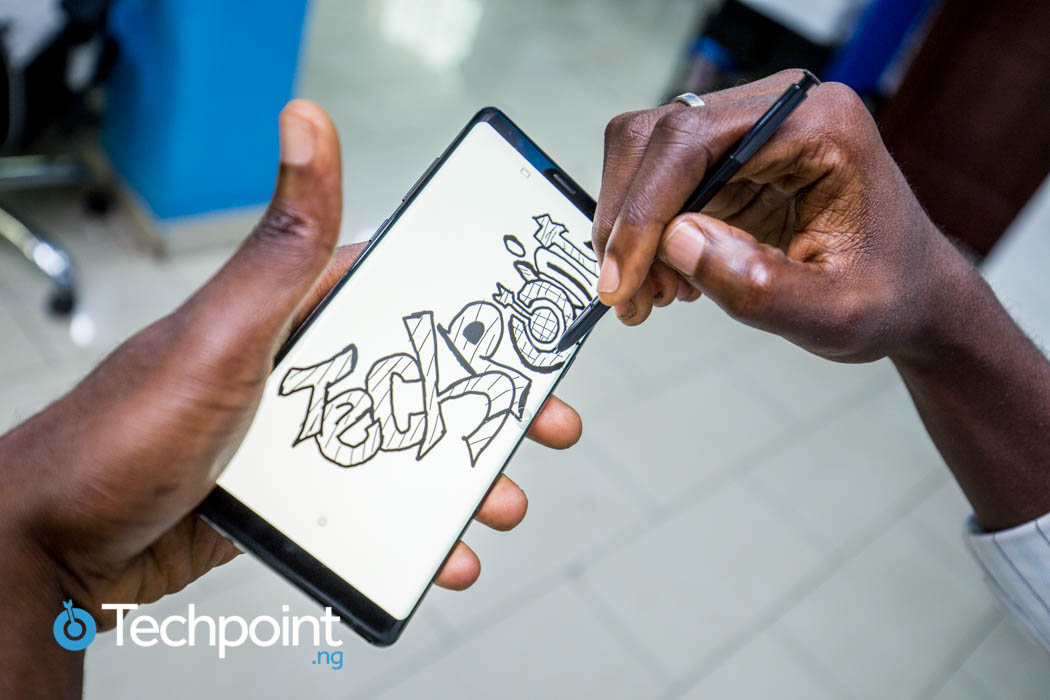 With the battery-induced fires of the Galaxy Note 7 not too far in the past, Samsung has — carefully — pulled out every stop to ensure the Galaxy Note 8 is a near-perfect smartphone. Moderation can be seen in the battery that has been brought back to earth.

The 3,300 mAh non-removable Li-ion battery in the Note 8 is a little bit weaker than the ambitious powerhouse of its predecessor. At 7.11 inches thickness, the Note 8 is thicker so Samsung could have afforded to pack in more battery power, but I guess they decided to go easy on this one for obvious reasons.

Fast charge on the Note 8 means the battery gets from zero to full charge in 1 hour 15 minutes maximum, but even on standby mode, the discharge rate of the battery is a little too fast.

In design, with its matte aluminium body and wraparound Corning Gorilla Glass, the Samsung Galaxy Note 8 is the ultimate aesthetic beauty to look at. Clocking in at 195 grams, it can fit into any pocket without weighing it down considerably.

There is nothing like a perfect smartphone, but the Samsung Galaxy Note 8 comes close. From a user’s perspective, here are eight amazing things the super smartphone did for me.

The Samsung DeX Station is a mobile dock that turns the Samsung Galaxy S8, S8+ and Note 8 into a computer complete with mouse, keyboard and a monitor. It completely projects the smartphone screen onto a larger screen without the stretches and distortions that come with traditional screencasting. However this amazing device costs between $100 to $150, I found a cheaper hack that actually works.

A wireless mouse and keyboard will do just fine on the Note 8 when you need to do heavy duty extensive typing/editing. I connected the wireless mouse’s receiver to the USB converter while keyboard was hooked in via Bluetooth.

I had a mobile workstation setup after plenty tweaking and tinkering, plus you can carry these components in a purse or a very large pocket can accommodate them.

The Galaxy Note 8 is USB OTG(On-The-Go) compliant; you can plug other USB devices into it. With the same USB adapter, you can charge any other smartphone.

However, the fast charge capability does not in any way affect how the Note 8 charges other phones. Phones with smaller battery capacities charge faster than others.

The Note 8 is IP68 certified. This means it is dust and water resistance up to 1.5 metres and 30 minutes. Your phone can literally function come rain or shine.

However, after every deep submersion, water somehow gets into the USB ports and the phone starts showing an error message of water being stuck in the USB orifice. This is perfectly normal, just allow a proper dry-out and try the next dunk.

From taking an underwater selfie, walking under the rain to just simply washing dust off your smartphone, the Note 8 has got you covered on many fronts.

Apart from a fingerprint sensor that is placed so far high on the Note 8 that only long-boned hands can comfortably reach it, price is another of this phone’s seeming downsides. Pegged at an official price of $950, the Note 8 is one of the most expensive smartphones around.

In Nigeria, it currently retails in online and offline stores for between ₦400,000 and ₦450,000. If and when all the features are taken into consideration, the price is commensurate with value on offer but nevertheless, you can go broke buying this phone.

The dual 12MP auto-focus cameras on the Samsung Galaxy Note 8 are not the best in the world, but they sure do take above average shots.

The dual primary cameras have great features like a neat optical image stabilisation (OIS), but the digital zoom is still my favourite.

First picture is from the top of a building, while the second shows six times zoom to put the shop across the road in focus. Even though the picture has been compressed, peep the clarity and detail in the magnified version.

The 8MP secondary selfie camera shoots amazing pictures with good lighting but does not do well in poorly lit areas. And there are these Snapchat-like augmented reality overlays.

Feed your artistry and creativity

The 4-inch stylus or S-Pen on the Note 8 is a master productivity tool. With 4,069 levels of pressure, this stylus is the perfect sketch tool.

However, the narrow 6.3-inch screen of the phone makes it very difficult for an amateur artist to properly sketch

Samsung’s ‘PENUP’ app has a full catalogue of interesting designs created by artists around the world with the S-Pen.

Asides sketching, immediately the stylus is popped out when the screen is in sleep mode, the Note 8’s screen becomes a paper-like note that lets the user write on it without having to launch any apps.

The Note 8 has a single speaker at the bottom that is not loud enough to fill a party room, but the crisp sounds emanating from the grille will impress even the most pessimistic audiophile.

A $100 pair of AKG earphones in the box produce some of the most distinct sounds I have ever gotten from small loudspeakers. Without being too loud, they manage to block out the madness of a typical Lagos traffic with surround-like enhancements.

A dedicated button on the left hand side beside the volume rockers launches Bixby (Samsung’s new virtual assistant). Over a long period of time, “OK Google” has become my default command — maybe it’s Siri for you — so calling up Bixby is still a new experience that I have not gotten used to. Until we get used to actually saying ‘Bixby’ without any awkwardness, this button is one of the most thoughtful add-on of the Galaxy Note 8.

When not in sleep mode, pulling the S-Pen activates a menu option that gave me options of note creations, live translation, and screen write which is my favourite.