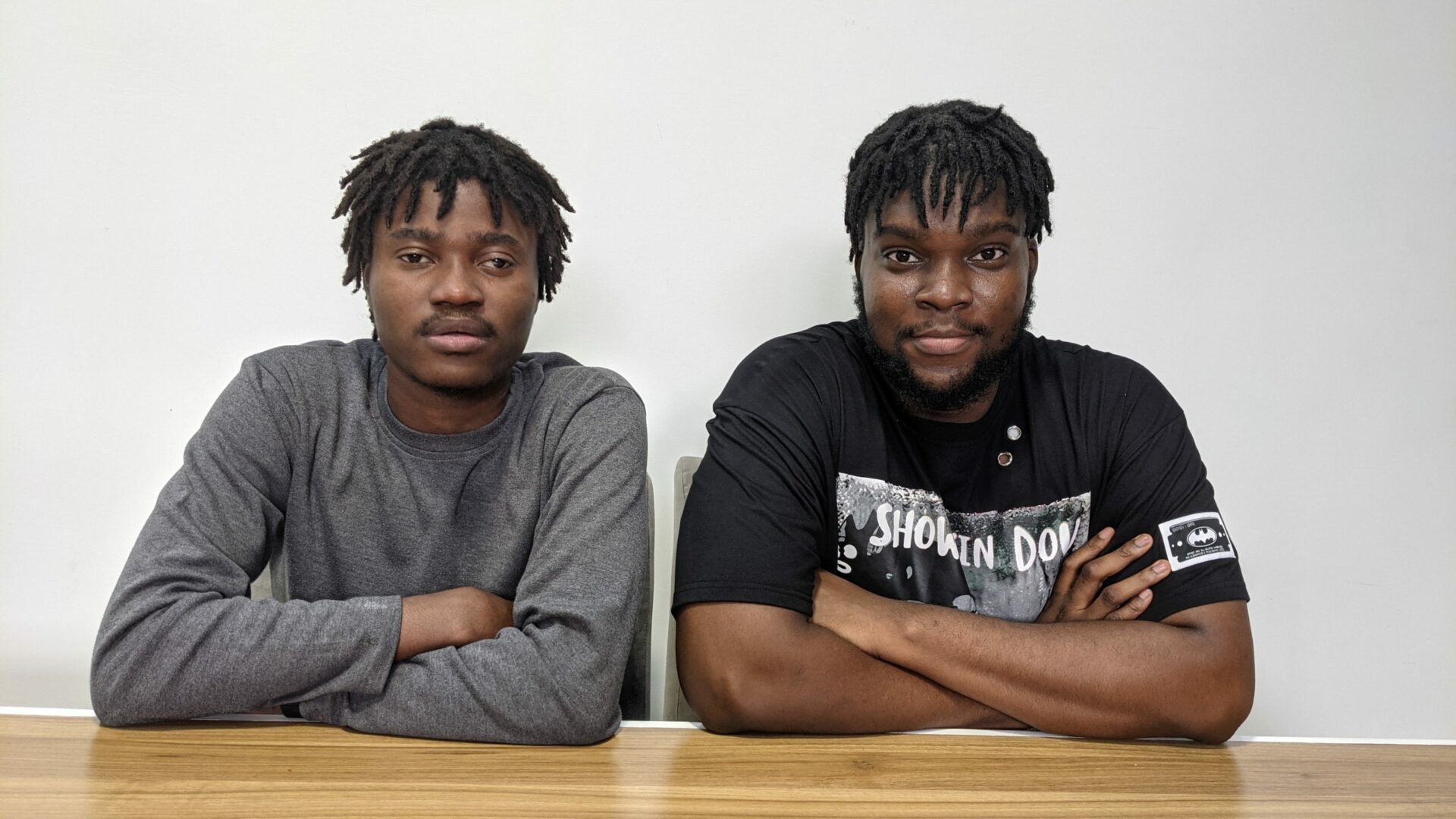 Technology and the Internet have disrupted every aspect of our lives as we knew it. From education to healthcare and transportation to finance, nothing is as it was 20 years ago.

With the ease brought by using technology in business processes, users’ expectations have changed. Customers now expect speed and efficiency and startups are springing up hoping to capitalize on that.

The process of sending money from one bank to the other 25 years ago was very different from what obtains today. Transfers often took several days to get to recipients. Withdrawing money meant going to the branch where you opened your account.

However, innovation in the banking sector has seen the industry evolve, such that transfers are now done in a few minutes. And these changes have brought unprecedented growth to the industry.

Users can now open accounts on their mobile phones without visiting bank branches. Lending startups like Carbon and FairMoney now offer near-instant collateral-free loans to users. In less than five years of operations, Kuda Bank reportedly has about 1.4 million users, and following the completion of its Series B round, is now valued at $500 million.

Yet, for all this progress, businesses still face difficulties when interacting with other businesses. For example, a user who wants to fund their Risevest account from their PiggyVest account has to route the funds through their bank.

This need to facilitate transfers between stores of value is one that has plagued a lot of businesses. So far, the fintech industry is leading the way with the presence of API startups such as Mono, OnePipe, and Okra. Using an API provided by these startups, businesses can access users’ financial data across several platforms.

For the uninitiated, an API is an acronym for Application Programming Interface. It is a sort of software middleman that allows businesses to communicate and exchange data with each other.

Imagine for a moment that you want to book a hotel during a trip. Ideally, you would head to the hotel’s website to do that, but what if you wanted more options? You would have to use a hotel booking app.

While using these apps, you can book hotels without necessarily being on the hotel’s website. What enables the hotel booking app to aggregate this information for you is an API.

As mentioned earlier, API fintech startups are solving this problem for financial institutions, but what if you need this infrastructure and are not in the fintech industry? This is where Thepeer comes in.

Thepeer, a startup that builds the infrastructure that enables businesses to share data with one another, is looking to solve this problem.

The data that these businesses share is not limited to financial data. Speaking on how the startup serves its customers, Michael Okoh, Theeper Co-founder and CTO, says, “Let’s say a business wants to send money to another business, they do their business and what we do is just ask, ‘Which user are we tagging the transaction to? What’s the context of this transaction? What’s the amount of this transaction? So we just give context to data from the daily operation of businesses.’”

Using the example above, with Thepeer’s API, users can transfer funds from their PiggyVest wallets to their Risevest wallets without leaving the app.

By providing these businesses with an API that they integrate on their platforms, Thepeer can give context to transactions that occur between businesses. The startup works with any business that uses a wallet.

Thepeer offers a similar value proposition for companies. For example, if Jumia Food and Kuda Bank had Thepeer’s API integrated on their platform, Jumia Food could charge a Kuda Bank account user without the need to move between platforms. I’m getting ahead of myself so let’s go back to the inspiration for Thepeer.

In 2017, just fresh from his A-Levels, Chike Ononye decided to take a gap year. He felt it was a good idea to explore his love for technology, which he had from childhood, outside the Nigerian school environment.

He reasoned that he’d get more practical experience than was on offer in school. At a Laravel Conference that year, he met Okoh, and the two hit it off immediately, their shared love for technology providing a common ground.

There, interns — mostly newbies — are introduced to software development fundamentals with weekly tasks designed to showcase the skills gained.

Ononye and Okoh got into the Internship and somehow found themselves in the same group for the internship duration. Working on tasks together helped them develop an understanding that is proving useful as they build Thepeer.

After the Internship, they worked with different startups, including Softcom, Toptal, and Abeg, until 2021, when Ononye had the idea for Thepeer.

“I and Trojan (Michael) have been friends since 2017. We were on the HNG Internship and were on the same team throughout. So it felt like Trojan was the best person to work with when I figured out this problem. We had the idea months back and decided to bring other people on board to help us with it,” Ononye says.

While the startup claims to serve any type of business, for the moment, they are starting with fintech startups.

“Any business with a wallet can be our customer. We actually started with fintechs because when you talk about wallets, they are like the first point of contact, and they typically have wallets,” Ononye explains.

Having spent a few months with a small team of four working on the project, Thepeer released its beta on April 26, 2021, to get a few businesses signed up and test how well the product worked. The team made changes based on the feedback it received and went live in August 2021.

Though the startup is not a fintech company, most of its customers are small to mid-sized fintech startups. They are also in the process of integrating other startups. In response to a question on how much they had raised from investors, the startup declined comments.

Navigating the murky waters of entrepreneurship

Even for the bravest entrepreneurs, building a startup in Nigeria is tough. And it is harder for startups in the fintech sector because they have to contend with regulators such as the Central Bank of Nigeria.

Fintech startups have had to deal with challenges ranging from the February cryptocurrency ban to the freezing of accounts of startups accused of facilitating or engaging in cryptocurrency transactions. Expectedly, Thepeer has faced similar challenges, and the co-founders reveal that they have spent the first few months getting the required licences.

The nature of the business requires that they deal with customer data, so the startup has fulfilled compliance requirements for Nigeria Data Protection Regulation (NDPR).

When starting, startups sometimes have to build several features to enable them to provide different services to their customers. With often limited resources, new startups may find it difficult to get their operations off the ground. In such situations, having access to the API of a more established startup could help them get off on the right foot.

Consequently, it makes perfect sense that Thepeer has launched with support from one of the continent’s most prominent startups. Because the startup handles a lot of financial data, they have tapped fintech giant Flutterwave as their financial partner. However, that is not all that Flutterwave could offer them. With the difficulties new startups face, Flutterwave presents an opportunity to leverage their experience and wide coverage to onboard more businesses.

In addition to allowing Thepeer to use its API, Flutterwave also provides expertise in regulatory compliance, one area where the young startup needs guidance. In July, Flutterwave announced that they had hired former MTN and Visa executive, Oluwabankole Falade as their Chief Regulatory and Government Relations Officer.  The appointment seemed like a proactive move on Flutterwave’s part, with the fintech sector having seen heavy regulation in the country.

Providing the kind of service that they do, Thepeer operates in a sort of a regulatory grey area. While they currently work with fintech startups, they are not a fintech startup, and this could present a problem. With Flutterwave’s backing, though, they should be well placed to surmount any regulatory challenge that they may face.

While there are expansion plans, the focus, at the moment, is on Nigeria as the founders aim to improve the value the startup offers businesses. As they look to the future, Ononye believes that the team’s passion, buy-in, and drive — qualities they hope to pass down to subsequent team members — would be crucial to their success.