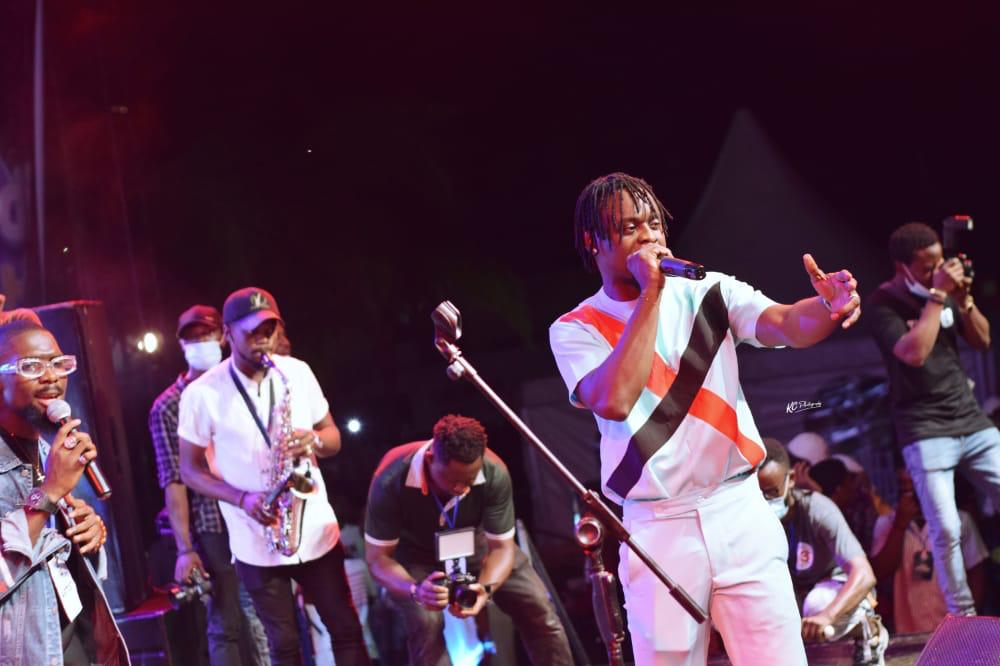 It’s okay to think non-fungible tokens (NFTs) are overhyped. It seems almost everyone on Twitter has added the suffix “.eth” to their username.

But when you observe the amount of money exchanging hands in the NFT market, you might understand why everyone wants to get in on the action.

Data from NonFungible shows that in Q1 2021, more than $2 billion was traded in NFTs. Recent data by DappRader reveals that number surged to $10.7 billion in Q3, representing a 38,060% increase year-over-year.

It’s fascinating; billions have traded hands in exchange for virtual kittens and images of anthropomorphised apes.

While art is popular with NFTs, it can take several other forms, one of which is music.

The rarity of musical NFTs in Africa is one of the reasons that led Henry Coco-Bassey — popularly known as Hector — musician turned label owner, to enter the NFT space, where he’s making not only money but some pretty exciting discoveries.

Recounting when he discovered NFTs, he said, “I started seeing NFTs in the news, a way you could take your creativity and turn it into a digital asset and earn in crypto. It was interesting, and I was like, ‘I need to know more about this.'”

Hector’s love for music is huge, and while this might come off as an NFT story, it is more of a music story.

As a child, he sang everywhere — school, church, and especially in the shower.

While he loved music generally, he was captivated by rap.

“I started falling in love with rap music when I was young because my dad used to play Tupac all the time.”

In addition to Tupac Shakur’s politically charged music, his love for rap was also deepened by the satiric and controversial American animated series, The Boondocks.

It made sense for Hector to join the church choir — a place to create or at least participate in creating what he loved. He tried to infuse rap into church music, but that didn’t fly with the church folk. From what he told me, the idea of rapping in the church was equivalent to or worse than lighting a cigarette at the altar.

But, he didn’t give up on rap. He released his first song before getting into the university and kept making music till he graduated, but he wasn’t satisfied with the earnings he made from music.

“When I finished school, I was like, ‘I can’t be doing music anymore.’ I didn’t like the fact that I put out music and I didn’t earn. I recorded my last song with another rapper from Colorado, US. It was the first song I had on TuneCore and other platforms, so I made some money from it after a couple of months.”

Hector’s decision to stop making music didn’t mean he was done with it; as I said, he loved it. So, the proceeds from his final record went into learning about the music business.

After much thought, he told himself, “I could be a music agent, helping other artistes that don’t really know how to put out their music. So I started learning and exploring.”

Hector spent a long time on the Internet trying to figure out the music business. “I was on YouTube every night,” he laughingly told me.

The YouTube vigils paid off; he took on his first client, and it was a success.

“I worked with artistes from the US and UK to help them put out their music.”

Having gained some experience, Hector decided to launch his record label, Unique Sirius. But it was unlike any label on the continent; it connected artistes and fans in the NFT metaverse.

While running his label, Hector still sought ways to get additional income. He met a friend who was into forex and crypto trading. He found it interesting and started following crypto news and trends, and he caught wind of the NFT craze circling among crypto enthusiasts.

NFT is incredible, and he has seen an avenue where his artistes could earn more for their music. But tokenised music has not caught on in Africa.

Per NonFungible, artworks and collectibles are still the most popular in the NFT market. But music NFTs are gaining some wind too.

In August 2021, Tory Lanez, an American singer, sold a million copies of his NFT album in 57 seconds.

Hector saw the potential in NFTs. An opportunity for artistes to connect with fans better and make lots of money in a very short time

He reached out to influential artistes in the Nigerian music industry because he knew a big artiste could get the NFT ball rolling in Africa. But no one took him up on his offer.

Although Challex didn’t have the kind of global influence Hector wanted, he was still an excellent pick for launching what he calls “the first NFT music in Africa.”

The first song to be minted as an NFT in Africa was My Fans. It was perfect, not only because Hector loved the sound, but it also preached the NFT message — a way to connect with fans while they also got rewarded. It was a win-win situation.

The song was minted on Rocki, an NFT music platform on Binance Smart Chain (BSC). Bjorn Niclas, Rocki CEO, was also thrilled at the idea of launching Africa’s first musical NFT on the platform and paid the gas fees.

Within two weeks, almost 10,000 units of the 100,000 units of My Fans had been sold. Hector was excited. The numbers were good, but more importantly, history had just been made — the first tokenised afrobeat music.

Hector said, “Nothing felt like it. I’d just done what I needed to do. I want artistes to eat off their music too. I’ve tested the market, and it’s great.”

The artistes weren’t the only ones eating from the market. Fans who bought the NFT gained their share, receiving 20% of the royalties from every secondary sale.

NFTs are transforming the music business

Hector believes NFTs are going to be a big part of the music business in a few years. It will take power from big corporations and give it to artistes and listeners.

“It will be great for independent artistes,” he says, explaining how hard it is for them to make money with their creativity. When they finally do, a large percentage goes to the platforms that list the music.

But, what’s in it for the fans? Why buy music NFTs? The fans can easily resell for a higher price. For example, Tory Lanez minted a million copies of his song for a dollar each. This means a fan can sell for $5, making $4 in profit.

The only drawback is, Tory Lanez was able to pull that off because he was already famous, a feat impossible for an upcoming artiste.

Hector believes it’s possible due to the win-win nature of the transaction. He believes if an upcoming artiste makes good music and can gather a small number of followers, his fans will buy his NFT and promote him so they can increase the value of what they’ve bought.

It seems like a lot to take in, but Hector believes strongly in the future of NFTs as the disruptor of the music business as we know it. He’s currently creating a crypto token and, at the same time, building a blockchain metaverse where crypto and NFTs reign supreme.

How can I get to meet hector.. My name is Josh – crypto/tech budder

Great feat here.. The NFTs market will definitely reshape the stratosphere in the music world.. This is just the beginning..