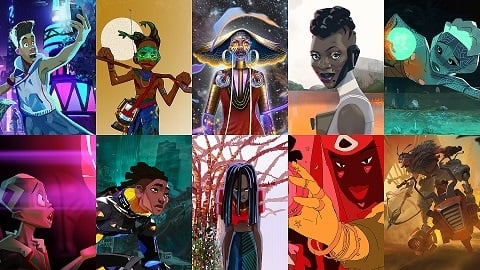 South African animation studio, Triggerfish, in collaboration with other reputable studios like Walt Disney, is set to produce a ten-part African-themed sci-fi series, which will be a feature-length animation film. Titled Kizazi Moto: Generation Fire, the Disney original movie is set to be released on Disney+ in 2022.

According to the announcement, each part of the animated anthology will be a ten-minute short film based on stories written by African creators from Zimbabwe, Uganda, South Africa, Nigeria, Kenya, and Egypt. When released, the curated movie will be another African animation project that Walt Disney is involved with.

In December 2020, the company hinted at a collaboration with a pan-African entertainment entity, Kugali Media, to produce an animation set in Lagos, Nigeria. The movie, based on the adaptation of a comic book titled, Iwájú, is also planned to be released on DIsney+ next year.

For the Kizazi Moto: Generation Fire project, Triggerfish, brings renowned directors and creators on board. The executive producer, Peter Ramsey, is also the director of Spider-Man: Into The Spider-Verse.

In an official statement, Ramsey pointed out that “The films in the anthology kind of run the gamut when it comes to science fiction. There are stories that touch on other worlds, time travel, and alien beings, but all of these genre conventions are seen through an African lens that makes them totally new.”

The ten stories adapted for the series were selected after 15 projects were shortlisted and mentored from a stream of pitches received from several African creators.

The ten films include Stardust, Mkhuzi: The Masked Racer, Hatima, Enkai, Surf Sangoma, Moremi, Mukudzei (Adventures of Muku), First Totem Problems, Henderboy, and You Give Me Heart. These stories are based on themes ranging from fantasy, mythology, sci-fi, and politics.

Apparently, the African animation industry has continued to be taken seriously, considering the growing interest from global animation studios like Disney.

It is also necessary to acknowledge other factors contributing to this: an increase in self-taught talents and indigenous animation studios daring to take on and execute projects — a notable mention is Nigeria’s first feature-length animated movie, Lady Buckit and the Motley Mopsters (LBMM).