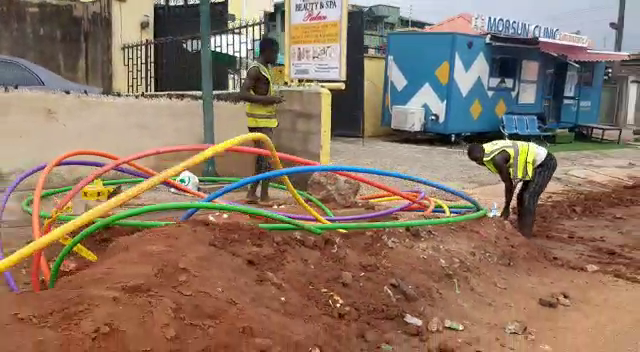 Nigerians are about to get Eye-Mark — a web-based platform where they can give reports about the progress made on government projects. According to Clem Agba, Minister of State, Budget and National Planning, the platform is being developed so citizens can report poorly executed and abandoned projects.

With the web app, the average Nigerian can play the role of a monitoring and evaluation official. Uploading the picture of a project makes it easy to determine its location, which helps the government know who to hold responsible.

This platform is not the first of its kind in Nigeria. In 2014, BudgIT — a data-driven civic tech company — designed and launched Tracka to involve Nigerians in government project implementation and tracking service delivery.

Actively powered by citizens across different constituencies, Tracka claims to have tracked over 15,000 projects across the 26 states where it has a presence. It is also promoting citizen participation through its town hall meetings.

On paper, Eye-Mark is a solution through which the government can display citizen inclusion, transparency, and accountability. And given a few years, it might help reduce the number of abandoned projects and untracked expenditure, feats similar to what Tracka has accomplished.

Though laudable, the government’s precedents when it comes to citizen engagement and accountability are major concerns. Is it safe to say that Nigerians might not brim with confidence at the thought of this government’s plan?

The large number of projects abandoned by the Nigerian Federal Government is disturbing. As of 2019, this report alleged that there were about 56,000 abandoned projects across all geopolitical zones in the country.

In 2017, The Chartered Institute of Project Management put the cost of abandoned projects in the country at over $12 trillion. The story is not different on the state level.

With available records showing discouraging figures, a recently launched project might already be stalling. On the other hand, that may not be the case.

The Lagos State Government launched the unified fibre project in July 2020. But after nine months, eyewitnesses say some of the sites that were dug to lay coloured cables remain uncovered, with cables left in the opening and no visible work in progress.

It’s too soon to say if the project has been abandoned, but a platform like Eye-Mark could be home to several eyewitness accounts.

Recall that a few months after launch, Techpoint Africa confirmed that it is a two-phased multi-year project involving laying a total of 6,000km of fibre optic cables by 2021 in pursuance of Lagos state’s smart city goals. With the time allocated, perhaps, much work can still be done.

African governments’ history of bullying the media and civil society means they have to do more than Western governments to gain citizen trust.

Recurring media shutdowns and sanctions are commonplace on the continent. In 2020 alone, sub-Saharan Africans lost 6,929 hours to government-caused Internet and social media shutdowns of different degrees.

A retired federal government worker told Techpoint Africa during a chat that there’s almost always a repercussion for demanding information or reporting government inconsistencies. And having experienced many government fightbacks, the older generation is less likely to air their grievances.

With anonymity guaranteed, informants face no risks. And this is where digital media platforms — with features that allow anonymous reporting — such as Channels TV iWitness play a role.

However, with the geospatial technology on the Eye-Mark platform’s design, the reporter might not enjoy anonymity.

Although it might seem like an extreme comparison, this could be likened to how African governments handle whistleblowing. According to the Platform for the Protection of Whistleblowers in Africa, only 7 of 54 African countries have whistleblower protection laws. Sadly, Nigeria is not one of them.

If people feel safer expressing themselves on non-governmental platforms or reporting anonymously to media platforms, wouldn’t it be more productive if the government adopted these channels to engage citizens?

While these are only speculations given how the government currently handles accountability and responds to complaints, it remains to be seen how much impact Eye-Mark would have once it launches.