With ‘Super Follow’, you can now get paid for tweeting 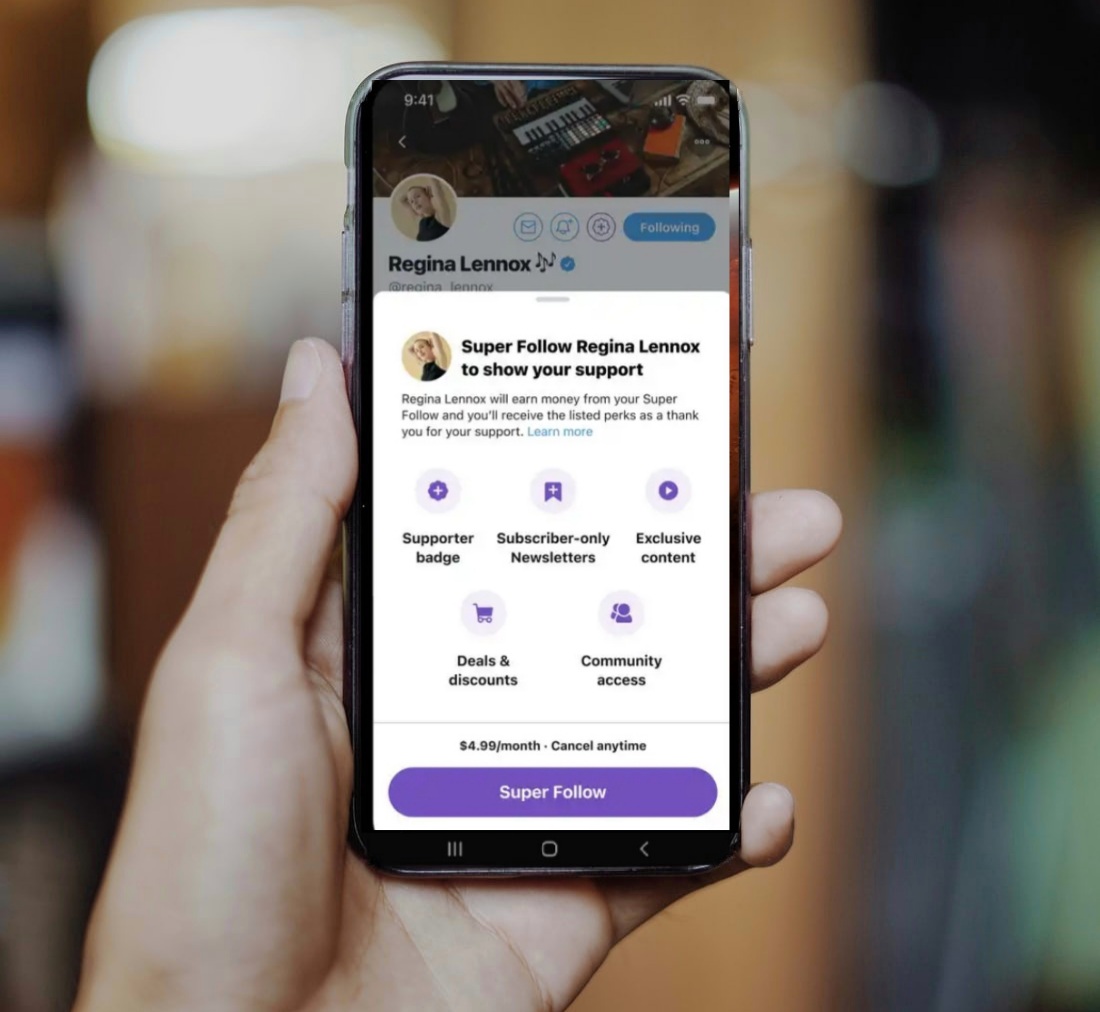 Twitter has finally evolved into a social networking platform where users can make money through interaction.

Yesterday, it announced the introduction of a new feature called Super Follow that allows users to get paid for tweeting exclusive content. Accompanying this is the ability to create and join groups that are for specific interests, called community.

Twitter says it wants to use this feature to help creators and publishers get paid directly by their fans. It appears several Twitter news features are focused on creators, publishers, podcasts, journalists, and content creators. It was for a similar reason when audio tweets and newsletter were added.

Since 2021 began, Twitter has been doubling down on ways to monetise the platform. Two weeks ago, the company revealed plans to include subscription in its Q4 2020 earnings report.

For Super Follows, it is not clear whether each user gets to define how much they want to be paid or it is a flat rate of $4.99 as displayed in the announcement. If the latter is the case, it means the platform will not be considering users based on the peculiarities across different markets.

Meanwhile, Twitter will likely take a percentage commission on each Super Follow. That, too, is still unknown.  To facilitate payment, Twitter will be adding payment plugins.

While the latest development is only an announcement made during Twitter Analyst Day virtual session held on Thursday, February 25, it is not clear when the features will be rolled out.

Recall, when Twitter suggested plans to monetise the platform two weeks ago, we made some guesses. Now with at least two off the list – paid subscription to view exclusive content and tipping – users can keep their fingers crossed for other options going forward.

Apparently, these expected additions are either similar features available on other platforms like Facebook or independent apps like Patreon. This means Twitter will have to be competitive enough if the subscription plans would yield the expected return.

However, from the reactions trailing this news, adding a pay-to-follow model or communities may threaten the usual distinctiveness of the platform. We will keep our eyes peeled for the reception these features will receive once they come.