Meet the Nigerian behind Sons of Mystery, a social media-based comic series 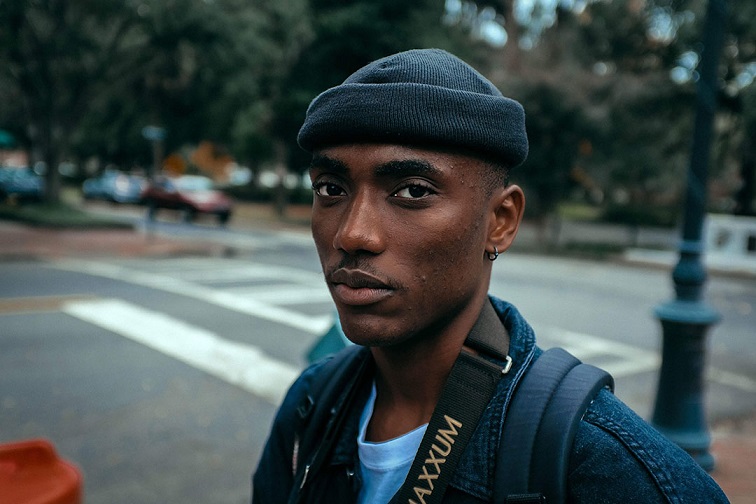 Robert Babawale Matuluko is a Lagos-based creative artist and filmmaker whose 7-minute no-dialogue movie – How I Lost My Appetite – made an impression on me. I later found out it was his graduate thesis, written, produced, and directed in 2019 after a two-year Master of Fine Arts (MFA) programme in film and television in the US.

Matuluko explains that his many intertwined skills have contributed to his achievements to date.

“There are technical skills and mental skills. Mentally, I’m a storyteller. Technically, I have expertise in filmmaking. Meanwhile, photography is a hobby and illustration is a necessity; I can get ideas out of my head fast with it.”

His latest creative work, Sons of Mystery, is an online comic series which is a depiction of Yoruba mythologies. With Matuluko’s illustrative ability spanning over two decades, it was easy to begin this project in January 2020 without so much thought.

Sons of Mystery is a modern reflection of the Babalawo — father of mysteries — in Yorubaland. Babalawos are renowned for their extraordinary powers.

“I focus on Nigerian culture and Yoruba heritage while presenting it in a modern way. So I decided to make something that is partly based around Yoruba mythology, like the concept of Babalawo, which means the father of mysteries. So I created a profession like Sons of Mystery, which is adjacent to Babalawo.”

The central theme of Sons of Mystery — conflict — was inspired by the shared and seen experiences of Matuluko and other people. And the fact that these disagreements are seldom resolved, with intimidation and confrontation playing major roles, is laced with humour throughout the comic, which is written in chapters.

He is currently on the penultimate chapter and plans to complete the last chapter in the first quarter of 2021.

Matuluko takes a leaf out of Amos Tutuola’s book — The Palm-wine Drinkard. Despite having little time and zero professional experience at the time, the Nigerian author wrote the award-winning novel in 1952. Emulating Tutuola, he has chosen to write “without restraint and allow the idea flow.”

His procedure is one that allows for freeform.

“I write a chapter, which is 32 pages long, and I start drawing. And while I’m drawing, I still edit, and the story becomes clearer to me each time. After I’m through with that chapter, I repeat the same process for the next chapter.”

He has been drawing and publishing weekly on his Instagram Stories since January. And the feedback he gets makes him believe he is producing “something simple, direct and modern. Something for the global audience. Something for the 16:9 aspect ratio screen.”

Matuluko takes pride in his incredibly visual mind and story writing prowess. So scriptwriting is not a challenge; however, the same cannot be said of drawing because Matuluko has a nine-to-five job.

He does the outline with pencil on paper. Satisfied with the outcome, he takes a picture with his mobile phone before exporting to Adobe Photoshop. He also adds the dialogue while at it.

Despite this, he hasn’t “given in to giving up” because he has built a fanbase that anticipates his upload every Sunday.

Matuluko decided to go into drawing, painting, and illustration early in life. To further pursue this, he earned a Bachelor’s Degree in Creative Arts at the University of Lagos, Nigeria. However, he says that he can attribute his skills mostly to personal development.

“I’m a self-taught artist. Of course, I have taken visual art classes, as well as painting and graphic design classes. Having a creative arts degree also helped me learn on my own since we’re always given tasks to do. The more you do, the better you become.”

He worked on different personal and executive projects after graduation. At a time, he did a video ad for Bloke, a fashion brand, as well as a Yoruba voice-over.

Matuluko admits to using comics to build a name while he works towards building a career in filmmaking. Also, doing a comic requires less time and resources.

“I didn’t necessarily always want to draw comics, and I’m looking forward to being able to hire artists to do that. Sons of Mystery is what I wanted to make as my first real foray into comics.”

Although he can contribute to story writing, he does not plan to go into animation.

Beyond his reasons for releasing the comic only on social media, for now, he says “using online is more of a calling card, building a portfolio. You can be sure your content will always exist on the Internet.”

Most audiences are attracted to free content. And seeing as the youth — his target audience– spend a lot of time on social media, it appears he made a right decision.

The young artist wants Sons of Mystery to be published as a table-top book which will be sold online and in physical stores. This means that unlike many comics, the physical copies will come after online copies; that is the monetisation plan.

Restating his goal “to make the Nigerian culture look cool” by presenting it in a different light, Matuluko hopes to see more like-minded artists do similar things.

“Every Nigerian artist needs to get out of that phase where you’re not just drawing or creating things that look like foreign scenes you have been exposed to, but you are making things that come from your personal experience.”

Once he completes the last chapter of Sons of Mystery, he would begin working on his next short movie project.