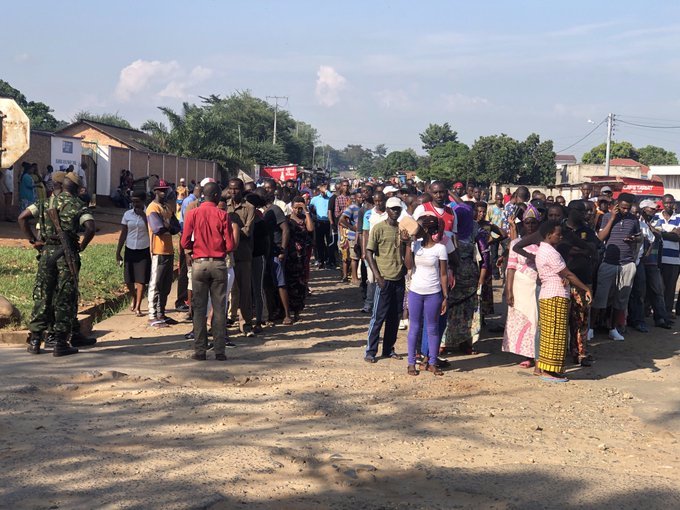 According to the BBC, several people were unable to access these platforms except with the use of Virtual Private Networks (VPNs) which disguise a user’s presence on the Internet.

The polls which are being held to replace President Pierre Nkurunzia who has been in power since 2005, have been reportedly marred by violence, and allegations of fraud concerning the conduct of the elections.

It is also noteworthy that the elections were held despite the COVID-19 pandemic, of which Burundi already has 40 confirmed cases and 1 death.

Interestingly, this move comes despite a joint letter by the Committee to Protect Journalists (CPJ) and 30 other rights organizations on May 18, 2020, enjoining the country’s government to make sure the Internet remains accessible, before, during, and after the elections.

The letter also called for the unblocking of all independent media websites and a guarantee that the public will be informed of any likely Internet disruptions. However, no such heads-up was given before the election day.

Although the nation’s laws provide for freedom of speech and press, they prohibit the media from spreading “hate speech” or false news or rumours that could disturb public peace. Laws which some journalists, lawyers and civil rights activists claim are used to harass them.

Punishment for flouting the laws against hate speech range from three-month or three-year imprisonment as well as fines,

This is yet another instance of African governments forcefully restricting free speech during elections, through one of the most potent mediums– social media and the Internet –, as can be found in the of Republic of Benin, DRC Malawi and a number of other African countries.

In 2019, these instances of shutdowns collectively cost Sub-Saharan Africa about $2.16 billion. And with more countries seemingly looking to join in, the question remains, how long will the Internet remain a privilege and not a right for most Africans.