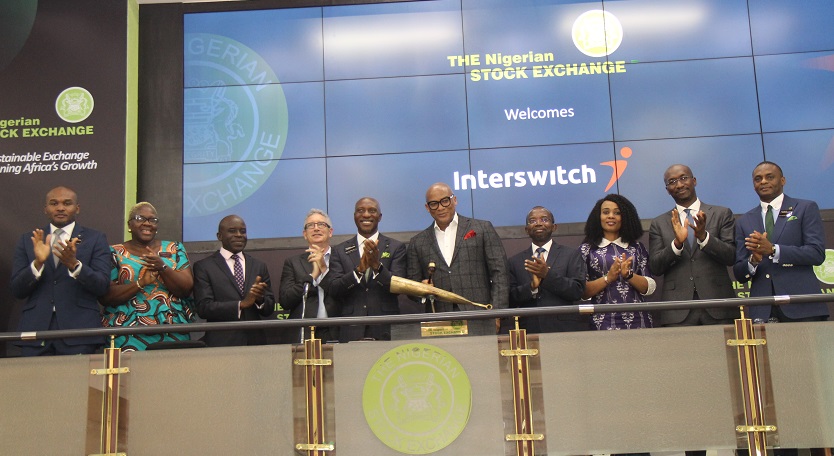 On the back of a substantial investment that confirmed its unicorn status in 2019, Interswitch Limited, who set the ball rolling for fintechs in Nigeria, has taken yet another step in its bid for expansion, with the issuance of bonds on the Nigerian Stock Exchange.

In October 2019, Interswitch Group concluded a ₦23 billion ($63.3 million) series 1 Fixed Rate Senior Unsecured Callable Bonds issue, with the Securities and Exchange Commission (SEC), where it also announced its intention to list the bonds on the NSE after the SEC’s approval.

Consequently, on Friday, January 31, 2020,  the NSE announced the listing of Interswitch’s ₦23 billion (~$63.5 billion) Bond.  As part of a ₦30 billion ($82.5 billion) debt issuance program, the company listed a Callable Senior Unsecured Bond, with a tenor of 7 years, at a fixed rate of 15%, through a Special Purpose Vehicle — Interswitch Africa One Plc.

Chief Executive Officer (CEO) of the NSE, Oscar Onyema, commended Interswitch Limited and all professional parties to the issue, for the success of the debt capital raise, and the bond listing in its bid to expand its footprint.

Onyema insisted that a win for Interswitch was a win for the nation, and he emphasised the NSE’s commitment to supporting issuers with tailored financing options, that will help them compete on a regional and global scale.

Interswitch Group Managing Director/Founder, Mitchell Elegbe expressed delight at the outcome of the company’s capital raising efforts and pointed out that this is the first step in a new phase of the company’s journey.

This move comes on the back of repeated plans by the company to list on a major exchange in the past couple of years.

Recall that in 2016, the company’s plan to raise over $1 billion from a dual listing on the London Stock Exchange (LSE) and Nigerian Stock Exchange (NSE), fell through due to a number of economic factors. Roughly a year later, a global private equity firm, TA Associates, acquired a minority stake in the company.

In November 2019, Visa invested $200 million in return for a 20% stake which valued the company at no less than $1 billion, cementing its unicorn status in the process.

Suggested Read: Interswitch is about to become Nigeria’s first billion-dollar tech company, for real this time

However, despite its valuation, British Africa-focused firm, Helios Investment Partners has owned a majority stake in the company since its investment in 2010.

Also Read: Interswitch is a Unicorn but this London-based investor owns more than half of the company

Still, with such investments, the company has continued to expand its operations in Africa and beyond.

In August 2019, its popular payment card, Verve, went global, and in November, it also announced the acquisition of Nigeria and Swaziland-based eClat Healthcare.

Nonetheless, it remains to be seen if this bond listing will speed-up its Initial Public Offering (IPO) on the NSE or LSE, or if it will be delayed further.