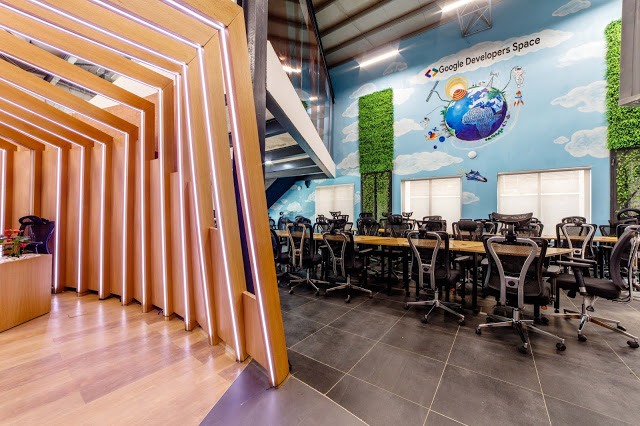 On Tuesday, in Lagos Nigeria, the company launched its first Developers Space for Africa.

This is part of Google’s plan to promote access to broadband, mentorship and funds in a bid to provide a supportive environment for entrepreneurs, developers and investors in the African tech community.

Co-located with Impact Hub, Ikoyi, the  Google Developers Space is the first of more to spring up across sub-Saharan African nations as long as there is a visible need for it. This was communicated by launchpad accelerator Africa head of operations, Onajite Emerhor.

Before now, similar spaces have been built and are actively in use in San Francisco and Singapore.

On the other hand, Nigeria’s Google country manager, Juliet Ehimuan reiterated that this newly-launched project is part of Google’s commitment to bolster tech entrepreneurs’ activities in the African space.

Recall that in 2018, Google introduced its first cohort of startups in its Launchpad accelerator programme and has since seen 47 early-stage startups beyond grooming, providing avenues to connect with mentors and at the same time get funding.

Consisting of one 120-seating capacity hall, meeting rooms, lounge/cafe, and other facilities, the Developers Space is open to everyone in the tech community.

According to Emerhor, it will be available for individual use, code labs, hackathons, tech events, training, boot camps, startup related programmes, and other Google initiatives. She added that it is free for all permitted engagements, events inclusive. However, paid events won’t be allowed.

In the meantime, the Nigerian government through the Ministry of Communications and Digital Economy promised collaboration with Google for other future plans it has towards promoting digital literacy in the country.

This was established through the head of  Nigerian Communications Satellite (NIGCOMSAT), Abimbola Alale, when she promised available space within the agency’s campus if the initiative is to be replicated in Abuja.

This plan, if successful, will be a similar initiative as the Lagos state government’s collaboration with the tech startup community to erect innovation hubs within government-owned public spaces.

Suggested Read: The Lagos state government is on a mission to convert recreational parks into makeshift innovation centres

Emerhor highlighted the processes that preclude admittance into the hub. She, however, informed that all activities must be tech-related and also promote digital literacy.

Interested individuals/entities are to apply online through a person of contact (POC). POCs are in charge of booking spaces for effective applications management, forestall overcrowding and prevent a situation where multiple events are assigned the same date.

“Even if you come physically to the hub, you will still have to pass through a POC,” she said. She, however, mentioned that extended usage is discouraged except for Google Launchpad accelerator alumni and investors meetings from outside the continent.