NCC pricing control: Voice call tariffs do not influence customers’ choice of telco as much as data costs do 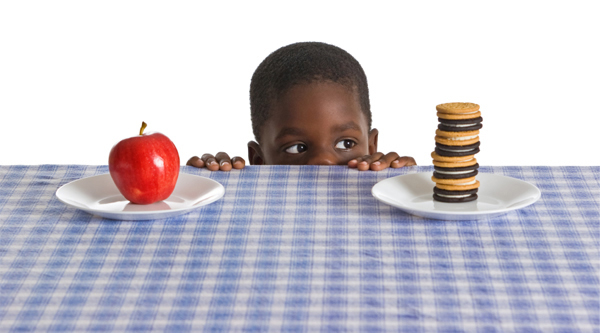 Mobile phone tariff is usually at the heart of telecommunication regulation. And the reasons are not far-fetched.

First, competitive pricing is fundamental. When it is not a monopoly — as the case is with Nigeria — tariffs are regulated to sustain competition between communication firms. However, in practise, there will be cases where dominant operators cause a distortion in price. Regardless, regulatory agencies make sure that the price shift is done on a level playing field.

Case in point, MTN Nigeria. While it enjoyed the early-mover advantage, it has also been on the receiving end of most NCC regulations as it has sustained its dominant operator position in the Nigerian mobile communication market for close to two decades. In fact, an industry report for the last quarter of 2019 revealed that the telecommunication firm has the highest market share.

Suggested reading: How MTN Nigeria gained over $1.8bn valuation within just 6 months on the NSE

Secondly, the tariff is one sure means through which telcos sell their services and also make a profit. Regulation is, therefore, necessary to keep them from overcharging consumers while trying to align the cost of providing these services with their plans to make gain.

It should be noted that the Nigerian Communications Commission (NCC) has a price regulation/control mechanism — price cap and price floor — in place.

For clarity, a price cap is a maximum limit set on the price of any service. Meanwhile, a price floor is the minimum price for a service, which in this case includes voice calls, short messaging service (SMS), Unstructured Supplementary Service Data  (USSD), and data charges. These prices are controlled based on the notion that they should not encroach on affordability while consumers’ interests are being protected.

For instance, based on a directive (PDF) issued by the NCC, the price floor and price cap of ₦1.63 and ₦4.89, respectively, for a 20-second (USSD) service took effect from September 2019. However, this did not affect zero-rated USSD services like customer service, balance inquiry, airtime purchase, and data services.

Another example is the data price floor which was canceled in October 2015, although there was a rather unsuccessful plan to reverse it after a year to encourage new entrants into the industry. This removal has no doubt resulted in telcos’ drastic revision of their Internet subscription plans and hence the data wars occasionally noticed among Nigeria’s major telcos today.

Suggested reading: Cheap data may be more expensive than you think

Similarly, on April 1, 2013, the commission introduced a price floor for voice calls which took effect in May of the same year. According to the NCC, this was due to discriminatory pricing for on-net (same network) and off-net (different network) mobile voice calls among dominant market operators at that time.

Despite the attention given to tariff charges by the NCC, customers do not seem to get enough.

An NCC report in 2018 revealed different levels of consumer complaints, and billing issues stood out taking up over 50%, one of which was excessive deduction (inaccurate charges). At the time, MTN, as the market leader, had the highest number of complaints.

Although there is no updated report to confirm the current situation, one of the NCC’s feats last year was revising the Consumer Complaints and Service Level Agreement (CC/SLA) to ensure consumer complaints are treated promptly.

Still, it goes without saying that some of Minister Pantami’s orders to telcos were influenced by consumers’ complaints about “illegal deduction” of data.

Suggested reading: 5 months in office: What has become of Pantami’s orders to various agencies?

Is there really a mobile (voice) price war?

This is almost the case with the market leader, MTN Nigeria, except that the prices are the same for both MTN to MTN calls and from MTN to other networks. On the other hand, Glo’s voice prices seem to be slightly different with an off-net charge on a particular plan going as high as 41.67k/sec with the on-net profile at 25kobo. Besides that, every other price remains flat across the rest of the plans.

Then there is 9mobile with a default plan of 11k/sec after setup. This price varies with plans and also periods —  night and off-peak.

Truly, the Nigerian telecommunication industry has proven competitive enough with clear markers that explain a user’s preference for a favourite telco. It is even more apparent that data charges have a higher tendency to cause subscribers to shift base than mobile (voice) calls do.

If anything, this has been evident in how some telcos lose customers while others gain. Notwithstanding, the role that voice call tariffs play cannot be ignored.

Go ahead and tell us your favourite network provider for voice calls and why?