Beyond a name change, Nigeria’s Ministry of Communications and Digital Economy may be onto something good 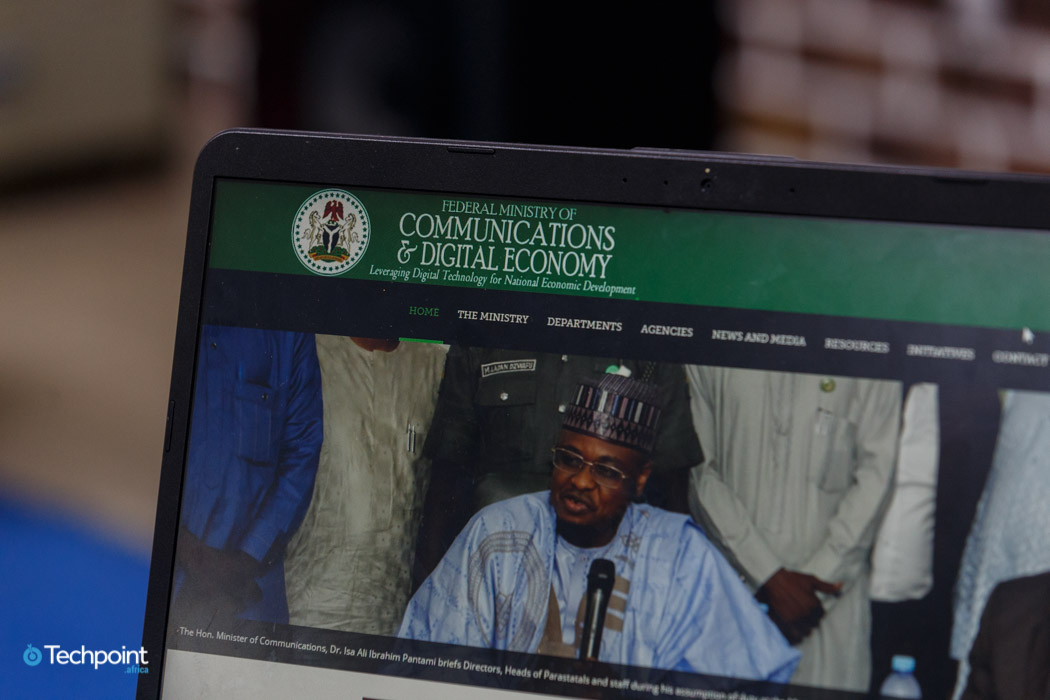 Beyond just changing its name, Nigeria’s Ministry of Communications and Digital Economy has evidently made other commitments to aid its drive towards a digital economy. And one of such commitments is a drastic change in the 2020 budget.

Figures from the Nigerian Communications Commission (NCC) reveal that the telecoms industry alone contributed 11.39% of the nation’s gross domestic product (GDP) in Q2 2019. And there have been calls to make technology one of the sectors to replace oil for Nigeria considering its overreliance on crude oil in the last 50 years.

An infographic by BudgIT showed that the ministry didn’t make the top 20 MDAs with the highest share of the nation’s budget in 2016.

But things seem to be changing for the better.

Going by items in the 2020 budget for the ministry, there seems to be a change, not in its share of the nation’s budget but in its fund allocation.

Up until 2019, apart from a couple of line items that had to do with the implementation of national plans, frameworks, policies, and systems, most line items in the ministry’s budgets were about the establishing and equipping of ICT and incubation centres as well as ICT training across the country.

In what can be considered a budget of change, the ministry’s budget for 2020 doesn’t have any line item for ICT or incubation centres.

Instead, it has a bunch of new projects as well as some ongoing ones.

Of all the new projects, two items stand out — Establishment of an ICT park and Digital Jobs Creation. The former comes after a combined ₦94.2 million had already been allocated to ‘consultancy service’ for same in 2018 and 2019.

Maybe, Nigeria can finally boast of having an ICT Park to be situated in the Federal Capital Territory, Abuja.

While defending the ministry’s name change, the minister, Isa Pantami, hinted at revenue generation for the country and the creation of more digital jobs. Interestingly, digital jobs creation has an allocation of ₦500 million in the 2020 budget.

Suggested Read: Ministry of Communications and Digital Economy: What’s in a name change?

Worthy of note is that the share of the ministry’s budget allocated for research and development also increased. In 2020, 21% of the ministry’s total allocation goes to R&D compared to 12% and 15% in 2018 and 2019 respectively.

Evidently, the government doesn’t want to wait for the expiration of the current roadmap before commencing work on another.

Making provision for a new ICT roadmap when there’s still a current one raises the question of the national broadband plan which should have expired in 2018.

But as it is, there’s a line item for ongoing implementation of the same broadband plan in the 2020 appropriation bill which probably means that Nigeria is not getting another broadband plan anytime soon.

Apparently, there will be a performance audit of agencies under the supervision of the ministry — NCC, the Nigerian Communications Satellite (NIGCOMSAT), and the National Information and Technology Development Agency (NITDA).

With budgetary allocations like digital jobs, the new ICT roadmap, and performance audit of some government agencies, it can be deduced that the change in the ministry may not be limited to its name alone.