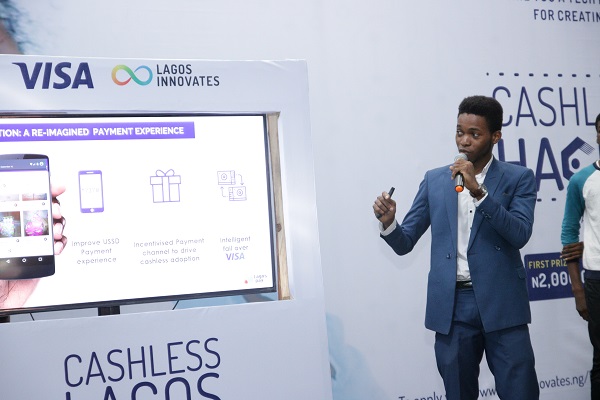 The result of the 2018 Freelancer Income Survey (pdf) released by American financial services company Payoneer revealed that majority of the freelancers in the world are located in Europe (35.5%).

Further down, Asia holds 28%, Latin America 29.2%, Africa 10.1% while North America has the fewest number of freelancers at 4.1%. The company surveyed 21,000 freelancers from 170 countries around the world with the majority located in Europe, Asia and Latin America.

This imbalance between the demand and supply of freelancers in Africa translates into a struggling freelance marketplace industry on the continent.

On the one hand, many Africans are keying into the limitless opportunities of the gig economy and earning the big bucks from foreign freelancing platforms, but on the other hand, a lot of African companies and individuals are still not sold on the idea of outsourcing their projects to freelancers.

The freelance marketplace in Nigeria

The increasing access to the Internet in Nigeria has given rise to the growing number of skilled professionals who now make a living off freelancing.

However, only a few of them are on local platforms. If you ask any random Nigerian freelancer what their most favoured online freelancing platforms are, they’d mention the likes of Fiverr, Freelancer.com, Toptal and Upwork.

Clearly, local alternatives (albeit with poor user experience) to these platforms exist in Nigeria but very little is heard of them, mostly because they are largely struggling to scale. This is evident in the number of such platforms that sprung up a couple of years ago and no longer exist.

According to Olatunbosun Babatunde — Technical Program Assistant and Acting COO at Proville, a Nigeria-based online freelance platform — this has a lot to do with the legendary Nigerian trust issues which have been extended to their online culture.

“In the last one year, we have discovered that the average Nigerian is still finding it difficult to embrace doing things online. They would rather engage you physically than go online to do anything because of trust,” he explains.

Specifically, according to Ayomide Aregbede, freelance software engineer and founder of YipCart, these trust issues are mostly directed at the freelance platforms.

Alternatively, people and companies who need the services of certain professionals would rather ask for recommendations from their network, or take to social media to source for people with the required skill set.

In the meantime, I am looking to hire a writer for a part-time gig. You can work from home.
Requirements:
+ Proficient researcher
+ Can write well
+ Can write very well

Kindly DM me or refer someone to me. emmanuel2mumuni@gmail.com

Rabiu Joshua Musah, founder of Asuqu says this is often the case because many Nigerians are still not aware of the freelancing culture. Hence, one of the major challenges the industry faces is a lack of education/awareness.

These challenges aside, Ayomide says Nigerian freelancers will always favour foreign platforms over the local ones because of the incentive of earning in Dollars as well as the ease that comes with dealing with clients from Europe and the U.S. compared to Nigerians.

“Clients overseas tend to have detailed deliverables and remunerations planned out. They are more trustworthy and don’t mind paying for the services; although, this could be because the services are cheaper than the default standard in their countries.”

“For the guys that are looking to earn money in Dollars, it is a way to cover our currency deficiencies. So if you do a $5 job on Fiverr, you would make about ₦2000 and you can do a lot more. This makes more sense compared to a Nigerian customer who you’re charging ₦5000 for the same work but is asking for an Olympic swimming pool when he paid for a jacuzzi.”

So where’s the incentive?

With a lack of trust, little or no buzz, difficult clients and the devalued Naira posing as barriers to the adoption of Nigerian freelance marketplaces, there seems to be no incentive for freelancers to sign up.

However, Bosun and Josh say that their platforms are doing all that they can to tackle these challenges and get more freelancers and clients to use their platforms.

With over 2000 freelancers on the Proville platform, Bosun says that the company looks to tackle trust issues by getting to establish one-on-one relationships with each freelancer.

“We do this by organising occasional meetups so as to meet them and know them better. We also have WhatsApp groups for each category of professionals we have on our platform. We use these as avenues to educate them on how to use the platform and from there, we get feedback from them on how we can make the platform better.”

Asuqu on the other hand has a system in place that ensures that the expectations of both parties (client and freelancer) involved in a project are stated clearly in detail to avoid conflict.

“We have a feature on our platform called Workflow which gives you a step-by-step view of what the freelancer will go through to get your work done. This is something you don’t find on the foreign platforms. It helps to ensure trust. The feature has a 3-way dashboard with Asuqu serving as a mediator and monitoring the progress of each project.”

With promising measures in place to curb trust issues, the lack of awareness of a freelancing culture among Nigerians still remains a major problem for the industry.

Despite individual marketing strategies each player has deployed, many Nigerians are still not aware of their existence, worst still, of the concept of freelancing.

This is why Bosun believes that for effective awareness, all the players in the industry need to come together to collaborate and preach freelancing across Nigeria.

“When everyone is aware that there are Nigerian freelance platforms out there that they can choose from, it will be a win-win situation.”

At the same time, Joshua is confident that adoption is a certainty, but it will take a while.

“When you try to educate people, it takes time and sometimes you don’t force people to adopt things. When the time comes, they will adopt it.”