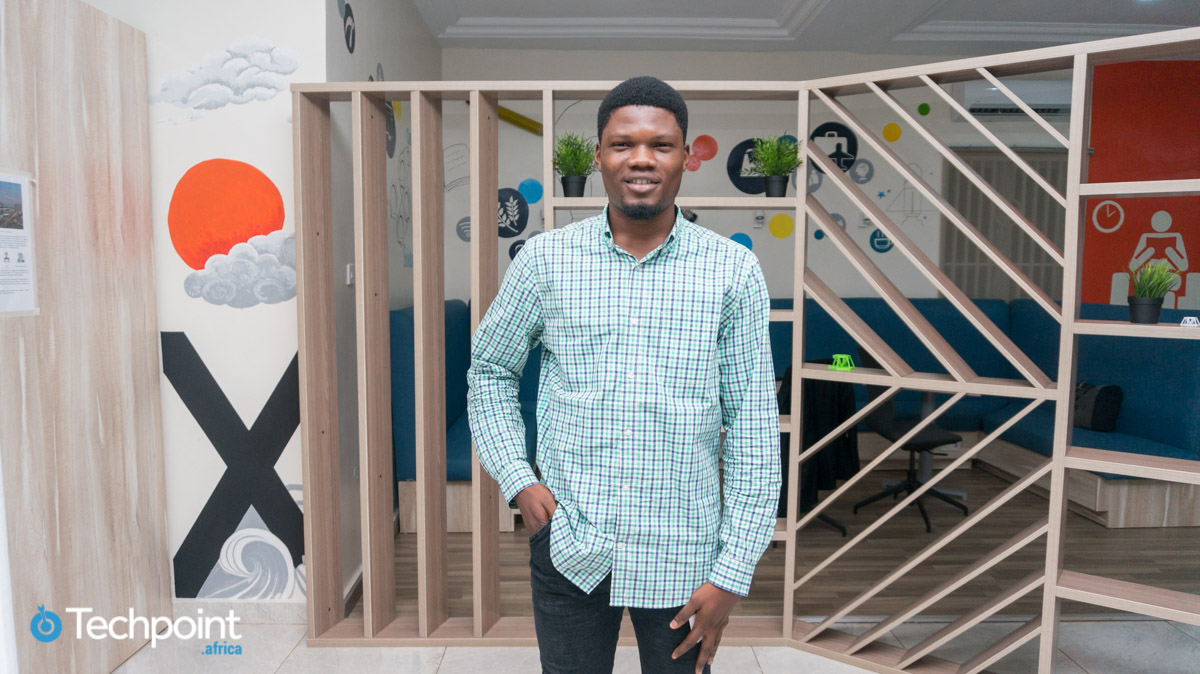 On the first encounter with Ayomide Aregbede, his charisma is not hard to miss. He’s a confident young man who commands respect from his colleagues.

Over the past year, Ayomide has been working with a few like minds to develop the Akure startup and tech community.

After gaining about five years of experience in software engineering, Ayomide launched YipCart in February 2019 to help small business owners build their own eCommerce websites without any technical and design knowledge.

Before he stumbled upon software programming, Ayo spent most of his teenage years developing interests in various things.

For the love of science

While he was in senior secondary school, Ayomide Aregbede became fascinated with chemistry. He listened attentively during chemistry classes and spent his free time reading books on the subject. He even aspired to study chemical engineering at the university.

Until another interest came along. This time, it was computer hardware. In his second year in senior secondary school (SSS 2), Ayo took part in a school programme that involved fixing computer systems and he immediately picked an interest in it. This was his first real introduction to computers.

“Fortunately for me, my dad had a desktop computer that had stopped working. I was able to fix it. This made my dad very happy,” he recalls, with a smile on his face.

Despite Ayomide’s interest in computer hardware repairs, he wasn’t convinced that he could pursue a career in computer engineering or a related field. Instead, he held on to his dream of becoming a chemical engineer, even after he completed his secondary school education.

He eventually got admission to study Physics and Electronics at the Federal University of Technology, Akure (FUTA). His next interest was in theoretical physics.

During his first year in the university, Ayo couldn’t stand the murky smell of his over-crowded class, mostly as a result of a breathing problem. Instead, he spent most of his time playing snooker and table tennis. These sports became his next interests.

In 2012, in his second year at FUTA, Ayomide met the person who introduced him to software programming in church.

“He was doing Java programming at the time. Of course, I didn’t know what it was then. What I noticed was that he was switching from one interface to another. He told me he was building a school management app. I found it very fascinating.”

Ayo’s new interest became programming. And so he began spending a lot of his time hanging out with this guy, in addition to his table tennis routine and going to church. He wanted to learn how to build games.

“He gave me C# learning materials to read when I told him I was interested in building games. Unfortunately, I didn’t have a laptop to practice with and my old Blackberry Curve 7 was not in good condition.”

To solve this challenge, Ayomide travelled back home to Lagos and took one of his dad’s laptops back to school. Unknown to him, the laptop had stopped working. He had to sell his phone and some of his shoes to fix it when he got back to school.

“When I started coding on the laptop, I realised that it couldn’t handle it. I also realised that I am incapable of creating designs, I can only replicate them. To build games, I’d have to hire a designer or stop game development all together.”

Ayo knew only a few people back then. He rarely attended classes and his table tennis circle was hardly a scene for a designer. Frustrated by his inability to create designs of his own or find a designer, Ayo had to quit game development and focus on something else.

Getting back on the horse

Still reeling from not being able to build games, Ayomide got re-introduced into the software programming game when his friend wanted to build a Nairaland-like platform.

“For us then, the only Nigerian sites we knew were Nairaland and Linda Ikeji’s Blog. My friend had already come up with a business model for the website so we approached a few PHP developers”.

For students whose combined monthly allowance could not amount to half of the price, Ayo and his friend kept searching for a cheaper alternative. They eventually found one developer who was willing to build the site for ₦12,000 (~ $75 at the time).

“My friend had to sell his phone and some of his stuff to pay. The developer did a very shabby job so we had to go back to the 70k guy to help us fix it. He couldn’t help us but he suggested that I learnt PHP for about a year and build the website myself.”

Equipped with PDF materials on PHP given to him by the developer and his interest in programming, Ayomide spent the next six months reading and practicing. This was in 2013 when the Academic Staff Union of Universities (ASUU) embarked on a 6-month nationwide strike.

“At the end of the six months, I was only able to replicate the codes in the materials I read. I was still unable to create my own code from scratch.”

When the ASUU strike ended and Ayo returned to school, all he wanted to do was write code.

“I started learning HTML, CSS, and JavaScript and started building stuff. Then my friend came up with the idea of building a real estate management system where users can access verified real estate agents. So I decided to build it.”

Ayo still couldn’t write his own code from scratch. According to him, he still had to copy and paste from Stack Overflow, had no one to guide him through the process, his laptop was extremely slow and he still had school work to deal with. Despite all these challenges, he completed the real estate platform after about a year, in 2014.

Dropping out of school

It was in 2015; in his third year at FUTA, Ayomide decided to drop out of school and focus on building software systems. His decision was influenced by his business-oriented close friend.

“His grades were bad so it was understandable that he wanted to drop out. Besides, he had read up a lot about business and was inspired by college dropouts like Bill Gates and Mark Zuckerberg, so he decided to follow in their footsteps; leave school and build a successful business”

“I, on the other hand, thought that being in school was not helping my progress as a software programmer and so I began to consider dropping out as well.”

After spending the holiday in school, free of school work and doing nothing but coding, Ayo’s mind was made up. He would drop out of school and focus on building a career in software engineering. He had to move back home.

“On the home front, the first year of dropping out was the worst year of my life. My parents had expectations, they wanted me to graduate from school and get a good job. I was kind of a disappointment but at least they gave me my space.”

It wasn’t such a bad year because that was the year Ayo was introduced to Angular by a friend and met his American mentor through a Slack channel his friend also introduced him to.

“When my parents found out about my mentor and my commitment to software programming, the conversations at home changed from “go back to school” to “will you go to NIIT or Andela?”.

Suggested Read: 11 ways to learn programming in Nigeria and everything you need to know about them

Ayo got his first remote job with an American company called Less Everything, with the help of his mentor. Before long, he started getting other remote jobs and building a network made up of international developers.

“Fortunately for me, my mentor started his own company where I worked remotely for a year. At this point, I had started making some money and I needed some level of independence away from my parents, so I moved back to Akure towards the end of 2016.”

Working on various projects has helped Ayo improve his programming skills. In addition to the programming languages he learnt when he started out, he also learnt React Native, Elixir, and Rails, and even taught budding programmers these languages.

“I have been able to build a reliable reputation due to my experience working with foreign brands. So I deliberately apply for jobs that pay lower than I charge so that when I get offered the job, I recommend a friend who will be willing to do it for the proposed amount. I have been doing that since January 2018.”

Ayomide names the lack of a vibrant developer community in Akure as one of the major challenges he faces as a remote developer in Akure.

While working on projects for various companies, Ayomide was working on his own personal projects on the side. In 2017, he started working on HighSchool, a communication app for schools that addresses the disconnect between parents and teachers.

Looking back at the decisions he made in the past, one thing Ayo would have done differently was to leave the country when he had the chance.

“I didn’t take the offer I got because I was working on HighSchool at the time. I don’t regret it because I’m already building a company but if it doesn’t work out, I will leave the country.”

Even though YipCart is still a relatively new startup, Ayo is looking forward to using his technical skills to take the startup to the level of some of the companies he admires, including Tesla, Paystack and iROKO.

“I still really feel like there are depths in programming that I don’t know. I want to go beyond just building apps and start doing groundbreaking work like they do at Tesla.”

Ayomide  Aregbede wants to keep helping other developers to improve their skills and get remote jobs. When I asked him of his plans for the future, he said, “I just want to build my business and make money.”