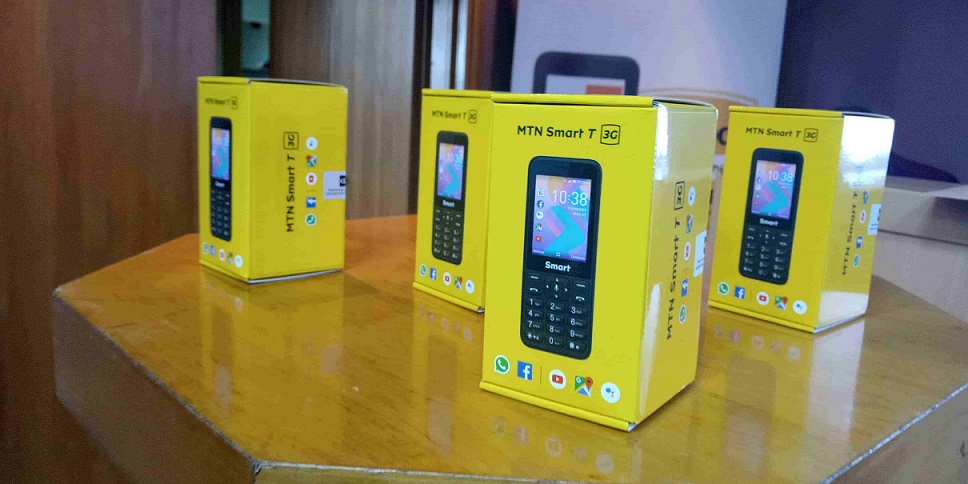 In 2018, MTN Group made known its plan to launch smart feature phones in its South African and Nigerian markets by the first quarter of 2019. The South African telecom group has kept to its word, having revealed one of the phones at its Nigerian HQ in Lagos yesterday.

The phone that was unveiled — MTN Smart T — spots a 2.4-inch screen and is bundled with KaiOS 2.5, a light operating system for smart feature phones.

Talking about its advantages over other low-end smartphones in the market, the Senior Manager, Data & Services at MTN Nigeria, Abiodun Ajayi affirmed that the device, which is the result of over a year of development and testing, is specifically designed for Africans.

The phone is branded with the MTN logo which, according to Ajayi, proves that the company’s power and might are behind the device.

“To ensure that we don’t have issues around stock availability and scarcity, we (MTN) are putting a big budget behind it,” said Ajayi. To avoid the scenario of the Freetel ICE 2 which doesn’t have parts available in the country, Ajayi assured that the company is working with local after-sales partners to ensure that necessary parts to service the device are also readily available.

For MTN, the belief is that every Nigerians deserve to be connected. The telecom company is giving 500MB for six months on the device. The company claims to have also worked with appropriate partners to ensure that mobile applications on the device are optimised and do not take space.

The MTN Smart T supports applications like Google voice services, WhatsApp, Facebook, Google Maps as well as KaiOS app store. It has 1.3 MP back and selfie cameras. It’s a dual SIM phone with a 2000mAh battery and it supports WiFi connectivity.

The device is said to be currently available at MTN stores nationwide and it retails for ₦8,000 ($22).