According to sources, it has been reported that daily deals marketplace, Dealdey has sacked 60% of its workforce — a development that had, heretofore, never rocked the boats of the firm.

The affected workforce include: the operations, logistics and the sales team. Quite surprisingly, it is learnt that the firm’s Warehouse has been shut.

On the one hand, this development, if it’s anything true, might be due to the firm’s decision to have a business-switch by cutting the exorbitant expenses it has been expending on its activities and general staffhood, or just a downright business innovation, newly conceived. In any case, we don’t have enough handy information owing to the firm’s private nature.

Lately, Ab Kinnevik oiled-up Dealdey with $5 million in order to aid the firm’s foray into other cities in Nigeria. The closure of the firm’s warehouse is a warning signal. could it have been due to the exorbitance of running one, the high-rate of paying staff salaries, or as rumoured, the firm delving into classifieds? If the last speculation were to be it, it might be very herculean for Dealdey to do so, having OLX as its progeny. Perhaps, Dealdey is trotting-off just as ebay did, in the past. Who knows…

The new Managers of the firm have been reached to confirm the veracity of this flying-about news.

I am as cool as the droplets of Chipewa falls. I am one writer that’s keen on self-reinvention. [email protected] 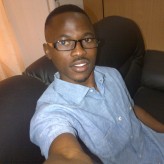 I am as cool as the droplets of Chipewa falls. I am one writer that's keen on self-reinvention. [email protected]

Xiaomi is coming to Africa this November