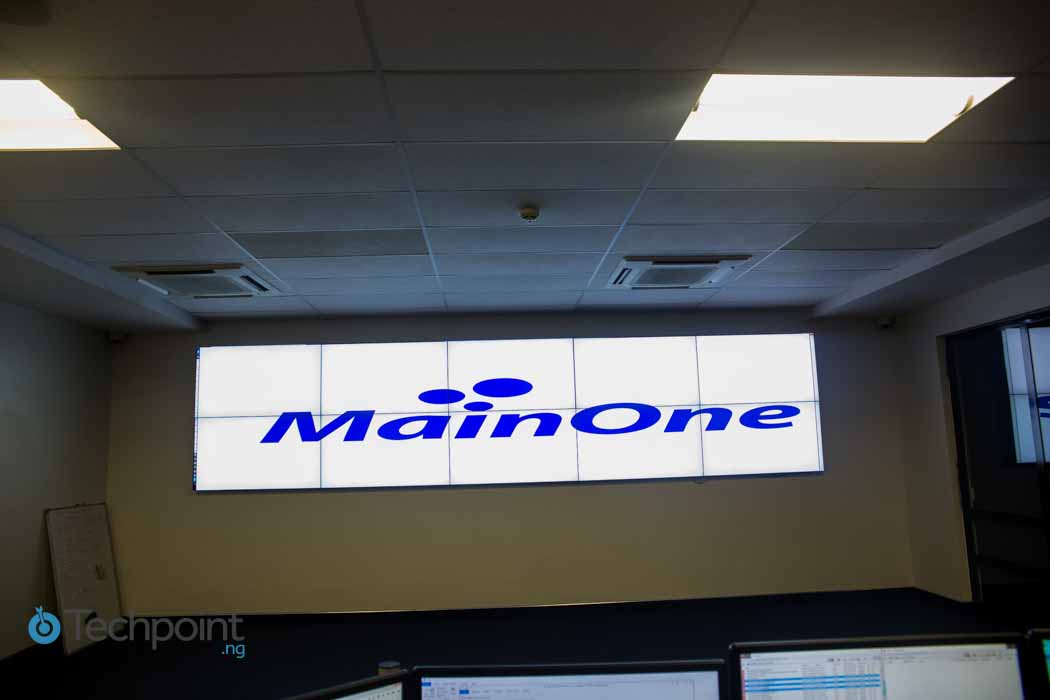 During the just concluded South-Western Nigeria edition of the Techpoint Innovation Tour, the Techpoint team stumbled on stretches of excavations along Oke-Ilewo road in Abeokuta, Ogun State Nigeria. They looked like markings of freshly laid fibre cables.

Mrs. Okeowo (not real name), proprietor of a food place along the road said the diggings began around mid August this year and that she was not sure what they are for.

“I just saw them digging the ground, laying cables inside and covering them up. They were very quick so there was no time to ask what it was for,” she told Techpoint.

After cross checking with corresponding information on his phone Niyi (not real name), a mobile phone dealer, also along the road, confirmed 30th of August as the exact date excavations started.

There had been talks in the last few months, but Techpoint can now confirm that these are indeed fibre optic cabling belonging to the MainOne Cable Company.

MainOne is one of the 3 cable operators in Nigeria; including GLO-1, and MTN WACS. The company is also a “provider of wholesale Internet services to major telecom operators, ISPs, government agencies, large enterprises, and educational institutions in West Africa.”

Speaking at a Techpoint meetup held on November 15, 2018 at RockSpace in Abeokuta Nigeria, Special Assistant to the Ogun State governor on New Media, Ayoola Olaniyi confirmed that, “the Ogun State government has given them [MainOne] right of way (RoW) free of charge and by the end of the year they should have completed it.”

He said the internet will be spread statewide and is not just restricted to Abeokuta.

“I am not sure how long talks had been ongoing, but the State governor was present at a tech summit we had in January 18th this year. The next day, an agreement was signed,” he added.

The summit was the Tech Summit Ogun, organised by VerveTree; a proposed tech hub in the state.

Suggested Read: VerveTree is a tech hub set to launch in Ogun State

On the final day of our tour, at an IT Stakeholders Forum organised by LEAD Resources and the Ogun State chapter of the Nigeria Computer Society, Bunmi Adebayo, Special Adviser to the State Governor on ICT confirmed this in detail.

During his special address at the event, Bunmi said:

“The Ogun State government waived RoW charges on 250 km of fibre for MainOne, spanning major cities in the state including Abeokuta, Ota, Agbara and Sagamu.”

According to Bunmi, in return for waiving RoW fees, MainOne will provide free internet at the government secretariat for the next 30 years.

In July this year, Google launched its Google Station for Nigeria, a free Wi-Fi service, in Lagos alone and promised an extra 200 locations across 5 cities by the end of 2019.

Bunmi confirmed that the MainOne fibre cables will be the base infrastructure for expansion of Google Station to Ogun State.

During the Techpoint Innovation Tour of the South-Western states in Nigeria, poor internet connectivity was fingered as a major deterrent to the growth of tech clusters and internet businesses in that region.

Stakeholders in the state jointly agree that this move will boost connectivity and resultant prosperity of the budding tech ecosystem in Ogun State.

According to Ibukun Olusola, a tech analyst and Communications Manager at RockSpace Nigeria; a co-working space in Abeokuta;

“Poor connectivity to the internet has been a major setback to the development of the technology ecosystem and innovations as a whole. This good internet will not only revamp tech in the state, but will improve its internally generated revenue and attract investors thereby boosting the economy.”

“Over the years, technology adoption in Ogun State has been at an all time low due to the exorbitant prices and poor quality of internet connectivity. This internet infrastructure is a game changer,” he said.

In 2013, the then Lagos State Governor Babatunde Fashola waived RoW charges for MainOne to lay 27.014km of fibre optic cable along Herbert Macaulay road, and its environs, in Yaba’s tech cluster.

But this move will make Ogun State the first in Nigeria to go all out with an extensive RoW waiver.

A Techpoint article had earlier pointed out that incredulous RoW charges by state government are some of the major hurdles for broadband penetration in Nigeria.

Hopefully this move by the Ogun State Government will set a tone for other states to follow.