VerveTree is a tech hub set to launch in Ogun State 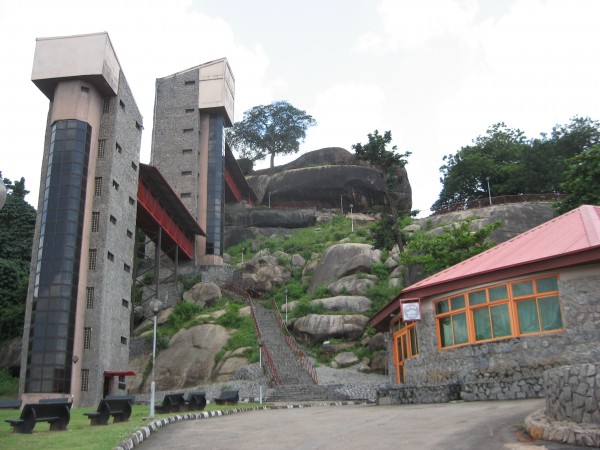 Ogun state — the Gateway state — is known for its tourist attractions like the Olumo rock and Omo Forest Reserve. As many also know, it houses the highest number of tertiary institutions in the country. It’s a land of opportunities in its own right.

In recent years now, Ogun state has been a major economic hub having one of the largest concentrations of industries in Nigeria but yet, there has been little said about the state being an innovation district in the technology ecosystem. However, VerveTree, an IT consulting firm in the state’s capital, Abeokuta has revealed plans to launch its first tech hub.

The company, which is the brain-child of Ayoola Olaniyi, an ex Project Manager at CcHub and Olanrewaju Olatunde, looks to create awareness, engage in discussions and explore solutions needed to grow early-stage technology within the state.

It recently hosted a tech summit which was graced by leading stakeholders within the technology and innovation ecosystem in Nigeria (such as Bosun Tijani of CcHub, Seni Sulyman of Andela, Kola Aina of Emerging Platforms, Tolu Ogunlesi amongst many others) and recorded about 1500 participants which were mostly youths in tertiary institutions and small business owners within the state.

In a discussion with Ayoola Olaniyi, he said the hub will be a solution centre for the creative thinker and great innovations. He added that it will offer startups the opportunity to work with facilities and research institutes within the state.

VerveTree has decided to focus on harnessing the pool of talents in tertiary institutions (14 universities, 2 colleges of education, 5 polytechnics) within the state because they house thousands of viable talent and, with the right mentorship and support, could produce potential startup founders and business entrepreneurs that will drive innovation in the state.

To further leap towards the image being envisioned, VerveTree will call for ideas in March out of which 5 will be picked to kick-start the hub in July this year.

The Ogun state governor, Senator Ibukunle Amosun, pledged his support during the just concluded tech summit. He said the state will earmark $1 million to support startups so as to lift the technology ecosystem and boost digital literacy and technology entrepreneurship within the state.

One may wonder where the state government will get the funds to fulfill its promise for local startups. Its ₦345.4 billion 2018 state budget, which was presented last November has ₦223.7 billion assigned to capital expenditure, with only ₦121.69 billion to take care of recurrent expenditure. However, the expected revenue from both Internally Generated Revenue and Federation Account total ₦197.3 billion — a shortfall of ₦26.4 billion.

Nevertheless, VerveTree is not relying on government funds to run its operations, as it seeks to leverage partnerships towards the sustainability of the innovation hub.

According to Ayoola, VerveTree has some array of partnerships with other stakeholders such as the Co-Creation Hub, the World Bank, Samsung Heavy Industries, the GIZ, the Central Bank of Nigeria amongst others to strengthen and accomplish its goals.