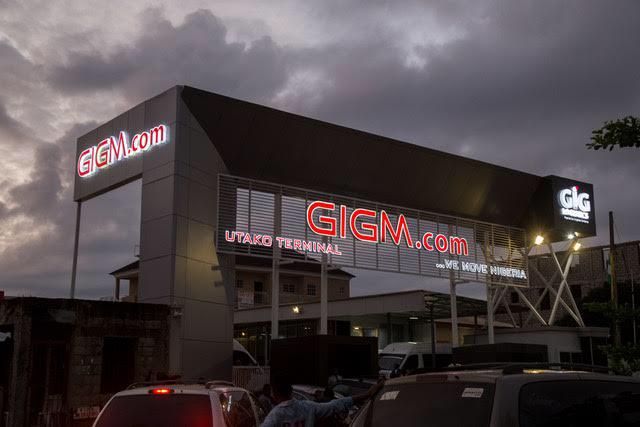 We were talking about the Techpoint Innovation Tour 2018 at the office the other day and it was revealed that GIGM would be the official logistics partner for the year, as with previous editions.

The team is expected to set out from our office in Yaba, Lagos and I thought how nice it would be for those living far away from the office to join the bus along the way. Then I remembered that GIGM actually has a feature with which one can demand a pick up rather than going to any of its terminals to board a bus.

A passenger that lives around Berger in Lagos, for example, and is travelling out of Lagos State using GIGM, can just request for a pick up rather than going to the company’s Iyana Ipaja or Jibodu terminals which would mean travelling backwards for the customer.

GIGM has been making a series of innovative moves towards reinventing interstate transportation services in the country.

Following the launching of its new website as well as mobile applications for Android and iOS devices in 2015, passengers were given the opportunity to purchase tickets online while also reserving their preferred seating positions from the comfort of their homes or offices.

Within the same period, the company also started the pilot phase of the pick-up feature which was, and still is, exclusive to bookings done via the mobile app, all in a bid to give passengers a better road transportation experience.

The feature is beyond pilot phase now and there are numerous authorised pick-up centres across the nation. Lagos alone has 28 pick-up points across 220 schedules.

To use the service, after launching the app and selecting the departure and arrival terminals as well as the date, it searches for available schedules and the buses that allow pick up are specified.

On selecting the preferred bus, you are taken to a page where you are to put your details and just above the page is a checkbox to select a pick up point from the available ones on your particular route. All that is left is to be at the exact pick up centre at the specified time.

I used the Android version and booking on it took me less than two minutes from launching the app to the point of selecting a payment option as a registered user.

The bottom-line for GIGM is using available technology to offer convenience to customers. A tracking feature, reminiscent of Uber, allows you to monitor the location of the bus from the mobile app. There’s also a notification service that informs the passenger that the bus is on the way.

From the tracking interface, the passenger can also see the vehicle plate number, the name and phone number of the captain — as the company’s drivers are called — giving the passenger the opportunity to call the captain for an update if necessary.

The feature not only offers convenience, but it also means that the company can scale conveniently.

For security reasons, GIGM has ensured that the pick up points are usually in public spaces like filling stations and restaurants. The captains are equipped with body scanners for use at the pick-up centres for the safety of the passengers.

Part of the security measures is that the passenger to be picked up has to verify his/her ticket reference code and identity when the bus arrives with the captain.

GIGM believes the feature is a system that’s exportable to the world. It also puts the company in a better position when it eventually starts exploring intra-state transportation services.