Social Media Roundup: For the love and hatred of Amala 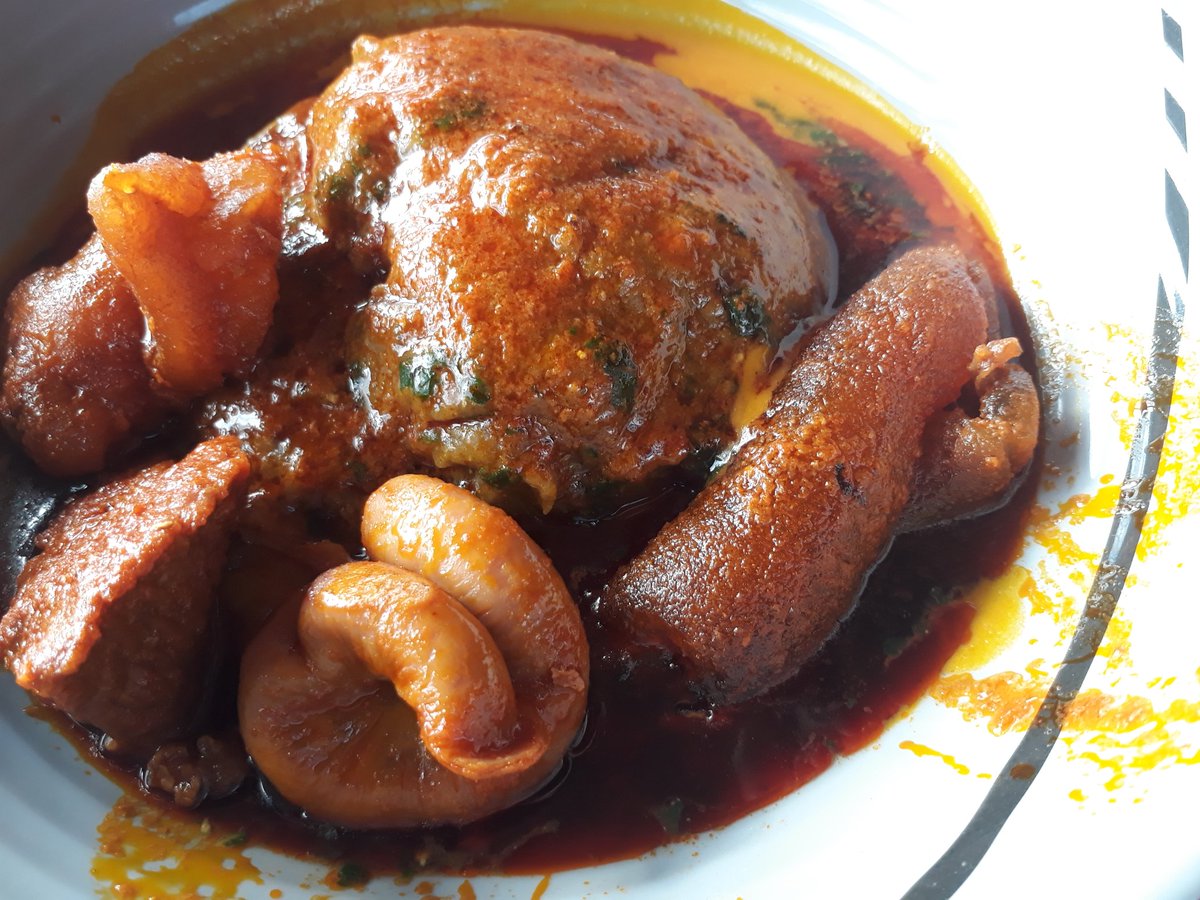 If you didn’t know, Amala is a dark-coloured, popular western Nigerian food made with yam flour. Now, here’s how Nigerians reacted to the tweet.

Some people believe she was being mean

how can you say a baby looks like amala? I don't get some people

Idk mehn. Somebody really took their time to call a baby amala. Im still in shock. I used to think the whole amala and colorism thing was bants but what was that comment? And people are laughing in the replies. Wawu

Saying a baby looks like amala.. Wtf is wrong some of you.

#Amala How on earth do blacks reason? If the color is described as chocolate, it is attractive, but if it is amala, it is offensive! Are you color blind?

But now
"Aw he looks like amala"
Now you're angry

I don’t see the point tbh
The baby was so beautiful and he/she definitely looked like a well rounded amala😍😍😍 https://t.co/aoShEoGSn3

For the love and hatred of Amala

Why do people eat amala though ? I really need to know

you don’t like amala because it doesn’t conform to your standard of swallow being white or lightly colored. you’re colorist & you don’t know what you’re missing.

the “cool” thing now is to hate amala for a couple of likes pic.twitter.com/yS9ymXvhi1

I saw Amala trending and started smiling thinking there has been an advancement in the field of amala, only to find out its only trending cause someone compared a baby to it. Nigerians have tire me I swear 😖 lol

Aparently, there are two kinds of people, those who love Amala and those who hate it. Which one are you? More trending topics on social media below.

Not so Open Visa Africa

On Tuesday, we got whiff of Tanzanian’s new visa on arrival policy.

I just spoke to the immigration authorities in Tanzania and confirmed that the visa on arrival policy no longer applies to Nigerians and a bunch of others (Mali, Niger, Yemen, Somalia, etc). Now, we have to apply in advance at the embassy of have a Tanzanian apply on our behalf.

Confirming the news, the Tanzanian Immigration website clearly names Nigeria, Sierra Leone, Lebanon and about 24 other countries in Africa and the Middle East, as well as “stateless persons or persons with refugee status” as countries whose citizens require Referral Visa.

What in the #VisaFreeAfrica is this? Tanzania scrapping visa on arrival for some countries = 2 steps forward, 3 steps back.

When Ethiopia is opening its doors for Visa on Arrival, Tanzania is doing the opposite towards Nigeria, Mali, Niger, Somalia amongst others; Big up Rwanda, Seychelles & Ethiopia.

Tanzania has cancelled visa on arrival for Nigerians?

LOL! We keep taking the piss.

No more visa on arrival to Mozambique and Tanzania? . Where are we heading Green-white -green passport? Visa to Ghana and Benin loading if we are not careful.. pic.twitter.com/pHSAUnn9al

Not a surprise that the countries mentioned have terrorism issues… could definitely see this as part of the government's CT strategy. Tanzania scraps visa on arrival for Nigeria, Somalia, Mali, others https://t.co/ABgizy0tT6

Lots of people have had their travel plans interrupted because for years, they've known Tanzania to have a visa on arrival policy. And a seamless one at that. Only for them to show up in Dar or Zanzibar or Arusha or wherever else in TZ and get turned back.

For a while now, Ghanaian dancehall artiste Shatta Wale and his fellow countryman and popular rap superstar Sarkodie have been at loggerheads. Actually, it’s been mostly Shatta dissing Sarkodie and other artistes on social media and during interviews.

Here are a few reactions from Ghanaians and Nigerians

Sarkodie disses with respect and empathy. He is the kind of artist to make a track about you, and you will cry all night and promise to be a better man in the morning. #advise

Shatta Wale likes beefing people that will make him blow.

People that will revive his already dead career…

Shatta Wale’s fans are still solidly behind him

But I trust SHATTA wale , he is full of surprises !!! Never underestimate champion !!!! I trust wale champion u are the king of BEEF N DISS !! Please don’t let me down .. am telling my boyz here ..I know what u can do ! Just respond for me

We await the full version of Shatta Wale’s reply to Sark.

The gist was that the school charged each student of its 2017/2018 graduating class ₦5000 (about $14) for a plasma TV parting gift. In the school magazine, the school separated the names of the students that paid from those that didn’t.

For some reason, three months after, Bhadoosky was arrested on Wednesday in relation to the tweets and taken from Ibadan to Ondo state.

On hearing the news of his arrest, Bhadoosky’s fellow influencers began tweeting with #FreeBhadoosky.

The police abducted @Bhadoosky and took him to another state (in Akure). He is currently being taken to Anti Kidnapping. So it is clear that they used an unrelated unit to prosecute illegally their vindictive plot. The world will hear about it and heads will roll. #ReformPoliceNG

So @Bhadoosky has been arrested and being taken interstate for raising concerns about what’s happening in a school that is absolutely wrong. You don’t arrest a man in Ibadan and take him to Akure when he is not a criminal. #FreeBhadoosky https://t.co/fzJuladjgM

My guy, @Bhadoosky is fine, the DC Anti-Kidnapping released him for me without any condition, we will have a meeting with the complainant and their lawyer tomorrow, @Stalyf is here too, Kòsí wàhálà, kòsí Pressure, e calm down. #FreeBhadoosky pic.twitter.com/GIncBtXhn9

If my son's school make him pay for a gift to the school & then publish his name in the graduation magazine for not paying.

I will sue the owners,sue his teacher,sue the graduation event organisers.

I will make sure they lose all their students from bad press.#FreeBhadoosky

They arrested @Bhadoosky for speaking out???? Naa, mahn… I give up

In other news, controversial Nigerian journalist Kemi Olunloyo is accusing Bhadoosky of defamation of character. Read all about it here.