It’s not a common occurrence to find a franchise as successful as Fast & Furious, which has now gone on to set box office records with its 6th film, with the world waiting for the 7th. But what can entrepreneurs take away from this, aside the desire to drive fast cars and date pretty girls?

Here are 10 start-up lessons that I’ve drawn out and hope you enjoy it:

After the first movie in 2001, we have seen 5 sequels and 2 short films spin off over a 12 year period. That’s an average of 2 films every 18 months. Now that’s fast in terms of rate of releases. With writers, characters, directors, producers, and other players stepping in and out of production, nothing best describes this venture than furious.

The underlying message all through the series of films is the ‘value for family and team’. With every member playing a role and bringing something to the table, it’s always important to be on the lookout for one another. The team is as strong as its weakest link.

Know when to step up

Vin Diesel as Dominic Toretto could be said to be the center of the earlier films, but after mastering and delivering on his part as just an actor, he had to step up as Director and Producer in the 4th film. At this point, he took ownership of the responsibility of telling a better story.

Quick add: Knowing when you are not needed on the scene as Vin Diesel was off on the 2nd film.

Work with other power players

Collaboration cannot be overemphasised. Always find ways with work with folks with quality clout. Little wonder, characters like: Dawyne Johnson, Ludacris, Tyrese, Eva Mendes, and most recently Jason Statham  —  another fast car actor popularly know as The Transporter. No doubt, fans of all these players get sucked in to either back the individual star or the collective product.

A closer look at the characters and location in the series of films sees an undertone of diversity covering: Black, Asian, American, Military, Pop Culture, Government, South America,Technology, Music, among other themes.This is turn pulls in a diversified market. Little wonder Foreign Box Office Revenue started to outdo that of the United States from the 3rd film — Tokyo Drift and now at more than 100%.

Always have that backup

It’s almost cliché to hear the words: An entrepreneur is one that goes all in without any backup. This only makes sense when your backup is the reason for you not going all in. The odds of your failing are high, and so you do not get screwed for the rest of your life (or get killed by a sniper like it almost happened with Vin), have a backup — the type that keeps you going after every failure.

The enemy of my enemy is my friend. This is one scenario most entrepreneurs find themselves and most decide to work alone and then crash. Sometimes you just need to work with a competitor (or in the real sense complimentor), get a technical or business co-founder in turn for shared equity, sign an exclusive deal with (the devil) a big corporation . As long as it’s for the greater good, go for it; same way Vin Diesel worked with the Police to take down bad guys.

Sh** happens is a better way to put it, and it’s not all rosy for any startup venture. If it was, everybody will be doing it. Even in the successful Fast & Furious, Vin Diesel went to jail, 2 of his team mates died, his girlfriend lost her memory (and shot him), et al. So be prepared for losses — time, money, people, product, and ultimately failure. That’s where the backup plan kicks in.

Be one hell of a closer

A bunch of folks that saw the fifth film missed the post-credit scene and went back to the cinemas for a second viewing. That was an epic ending, but nothing compared to how the sixth film ended introducing Jason Statham. So no matter what you do when pitching, making that product video, writing that blog post or press release, make the closing as epic as possible. That’s what is stuck with the other party — they remember and share if epic enough.

Milk the hell out of the cash cow

Total budget of Fast & Furious till date  —  $569 million. Total box office revenue — $2.38 billion. That only happens when you milk the cash cow — giving the best value possible and asking for payment. The 7th film is scheduled for release in June 2014, and Vin Diesel is talking about another trilogy to follow after, and Dwayne Johnson is also to get a spin-off of his own character (Hobb) into a number of films. When you got something of value, then get the most value possible out of it. Simple.

This post was first published by Nubi ‘Kay on Medium. 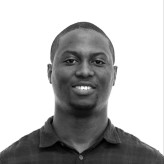 In case you missed it: Someone built a Nigerian pidgin dictionary, robots that eat plants, more