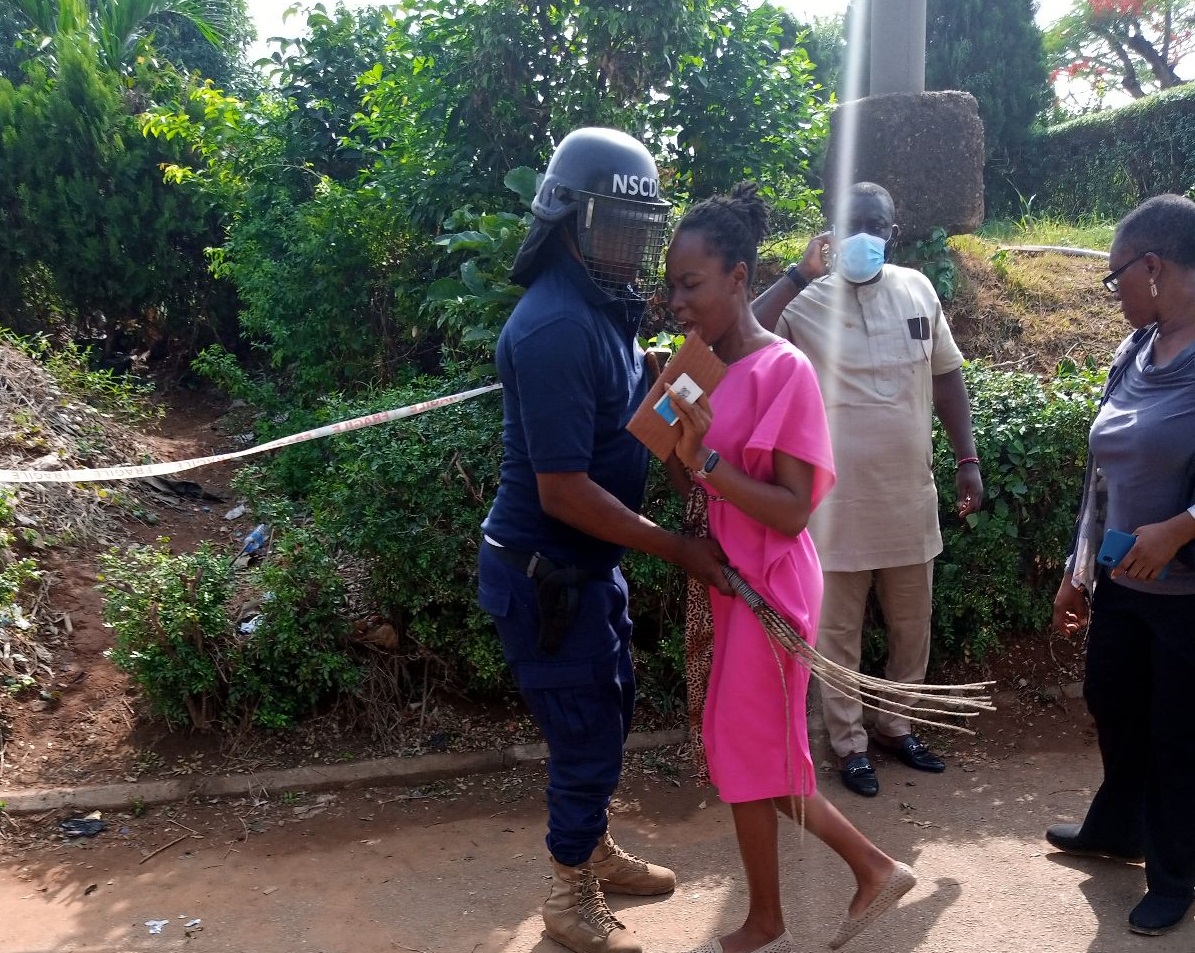 On Monday, April 4, 2022, after nine deadline extensions, Nigeria’s Federal Government directed all telcos to block Subscriber Identification Module (SIM) cards that have not been linked National Identity Numbers (NIN) from making outgoing calls. A decision that seems to have spurred Nigerians into action.

At the National Identification Management Commission’s (NIMC) headquarters, Alausa, Lagos State, today, April 7, 2022, a crowd gathered at the gate, with problems ranging from enrolment to validation to corrections of an error on their NIN slip. However, it appears that a larger number were there to enrol for their NINs.

In December 2020, the Nigerian Communications Commission (NCC) ordered all mobile subscribers to link their NINs to their SIM cards. People without NINs were to quickly register or risk being blocked by December 30, 2021.

A decision that seemed questionable, especially in light of the COVID-19 pandemic.

If you have your NIN, linking your SIM to your NIN is relatively seamless and can be done by dialling a code specific to your telecom provider or by calling customer care.

However, going by the unhappy crowd at NIMC’s office, the prospect of a NIN-SIM linkage could still be a long way off for some people.

Techpoint Africa embarked on a little trip to confirm the situation but met with some unpleasant scenes.

Members of the Nigeria Security and Civil Defence Corps (NSCDC) were on the ground to disperse the crowd. It took over 45 minutes to make it across the gate, even when we had an ID card with PRESS boldly written on it.

Using forceful methods for crowd control, the Civil Defence Corps flogged Nigerians in the crowd. Sadly, our Senior Reporter, Oluwanifemi Kolawole, also received a few strokes and a shove on the chest from the trigger-happy corps member.

Whips and batons are used in riots and other violent situations. However, for a civil action like registering for a national identity, we find it worrying that whips, and not more humane solutions, are the preferred method for crowd control.

A lady at the scene confirmed that her SIM had been banned from making calls. While she could receive calls and use the Internet, she has been unable to make any calls since Monday.

According to another lady, she has been coming to the NIMC office since the directive was given on Monday and has not been able to move past the gate.

“Since Monday, there has been a crowd here. I’ve been coming since Monday.”

A glance at the NIMC website reveals that these crowds and the ensuing whipping by Civil Defense staff could have been significantly avoided.

Interestingly, one of our reporters, who had two of his SIMs blocked was able to quickly remedy this after dialing the respective NIN-SIM linkage codes for both service providers. One of his network providers is yet to block him.

From the lady’s explanation, she went to an agent enterprise to enrol for her NIN, had received her NIN, and linked it to her SIM. However, she has not been able to make calls since Monday.

“If you want to use money and to do it in another place, when you bring it, they will say that one is fake,” she said.

NIMC licenses these agents to serve as registration centres for enrolment and retrieval, among other things.

However, going by the lady’s story, even people who have registered and gotten their NIN are also affected.

We also noticed that people who lost their SIMs and had to retrieve them also faced the same predicament. Even though they had valid NINs already linked to the lost line.

How to validate your NIN

People in the lady’s predicament and those in the latter situation have to go through a separate process called validation.

Speaking to staff within the compound concerning validation, we could not glean much.

“You come here and validate,” the staff said.

When asked if it was a new process, she answered in the affirmative. “It’s better to validate immediately you register.”

Apparently, the validation process is usually done along with enrolment, which some people might have skipped for some reasons (including going through backdoors?); having your NIN might not be enough as it may be inactive.

You can solve this problem using the NIMC app, but you have to make sure to use the number connected to your NIN as you would receive a one-time password.

Intriguingly, even though telecom companies can enrol people for their NINs, people on the scene complained that their network providers had redirected them to NIMC.

Meanwhile, we hope you can make do with the information provided above and in this article.