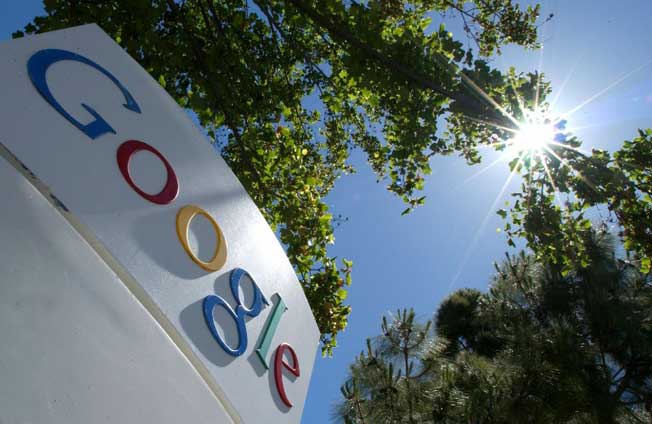 At the first Google for Africa event held today, October 6, 2021, global Internet giant, Google, has announced significant initiatives for the African continent. They include a $50 million venture fund for black-led African startups, small business loans, grants for non-profits, and most importantly, the launch of Equiano, a subsea Internet cable to increase Africa’s Internet capacity

In partnership with Safaricom, Google will also be kick-starting a device financing plan to ensure people actually have smartphones and other Internet-enabled devices to access the Internet.

A little over a year ago, Google announced similar initiatives and affirmed plans to deepen Internet access in Africa and contribute to the continent’s digital transformation. While we could open discussions about Google’s impact later, CEO, Sundar Pichai, reaffirmed this again today.

“We’ve made huge strides together over the past decade — but there’s more work to do to make the internet accessible, affordable and useful for every African. Today I’m excited to reaffirm our commitment to the continent through an investment of $1B over five years to support Africa’s digital transformation to cover a range of initiatives from improved connectivity to investment in startups.”

Google has made significant and relatively successful strides in Africa’s startup space. More on that later. However, its efforts at deepening Internet connectivity has had mixed results both in Africa and outside the continent.

Google has, so far, focused its efforts on launching Equiano. This 100 terabit fibre optic cable will stretch from Portugal to South Africa, with landing points in Namibia, Nigeria, and St Helena and will connect Africa with Europe.

Sidenote: Fibre optic cables help transmit Internet signals across vast oceans and seas at high speeds. Equiano is Google’s third cable named after a Nigerian writer and abolitionist, Olaudah Equiano who was sold into slavery, bought his freedom and helped abolish slavery in the United Kingdom.

Though Africa already has 13 subsea cables, Google’s new cable features a more advanced (fibre switching) technology. A more compact, cost-effective and power-effective switching solution. So it would be a massive boost to the current crop of cables in Africa.

Google also claims that it would lead to a 21 per cent reduction in Internet prices, increase Internet speeds, and help create 1.7 million jobs in Nigeria and South Africa by 2025.

But there’s one small problem. Africa’s current fibre optic cables already have up to 170 terabits combined capacity at the Eastern and Western shores, but just 5.8% (10 terabits) on average gets to the last mile (regular people living far from the coast).

Sidenote: As of 2020, Nigeria only used 10% of the MainOne cable capacity, nearly ten years after installation

Google’s services which include, Video conferencing, streaming, and emails, require reliable Internet. So then comes the question, why is Google adding an extra 100 terabits to what is already a huge glut of underused capacity in Africa?

Nitin Gajria, Managing Director, Sub-Saharan Africa, Google, explains that when it comes to large infrastructure like laying a subsea cable, one has to think about it over a very much longer period.

“Yes, there is already a huge capacity. But if you project the numbers out into the future, we have 300 million people we’re expecting to get online over the next few years. So the demand for data would continue to rise exponentially. We’ve also seen data cost coming down across the continent. So we’ve got to think about data demands over several years out.” he says.

Though Gajria agrees that last mile Internet delivery has been one of Africa’s biggest challenges, he points out that Google is currently not delivering connectivity to end consumers. A job mainly for telecom companies (telcos) and Internet Service Providers (ISPs).

“We’re working with several telcos and ISPs, both within the Equiano stream of thinking and otherwise, to facilitate last-mile deliveries. We’re also working on innovative solutions to help bring down the cost of setting up traditional infrastructure to bring data to underserved regions.”

One of the most prominent initiatives was the Loon project. Started in 2011 by Loon LLC, Google’s subsidiary working on providing connectivity to rural and remote areas, It used high altitude balloons of 18 km – 25 km to beam wireless connectivity, mainly in South America and Eastern Africa.

In January 2021, it shut down Loon, stating that it couldn’t find a sustainable business model and partners for the project.

Google’s free wifi initiative, which it launched in 2015, offered free wifi in thousands of public places in Asia, Africa, and Latin America. It also worked with several partners on this project. But in February 2020, it announced that it was shutting down the project, claiming that data had gotten considerably cheaper, making the wifi station irrelevant.

Outside of the connectivity space, Google, like most other big techs, to be fair, has a litany of projects it started and killed almost abruptly for one reason or the other.

However, Google’s partnership with CSquared, a shared Internet infrastructure provider working to provide last-mile Internet access to some African countries, has seemingly endured. It is currently active in three countries: Uganda, Ghana, and Liberia.

CSquared started in 2013 as a project within Google. The tech giant is now a shareholder after bringing in Convergence Partners, International Finance Corporation (IFC) and Mitsui as investors in 2017.

“When you take countries like Liberia where connectivity in the metro areas was deficient. We were able to improve connectivity in Liberia in a way that had not been seen before, especially post the war,” he reveals.

“We’ve partnered with organisations like that. Some we have an interest and others like Liquid Intelligent Technologies, who are also doing good work across the continent,” he says.

Just 4.8 km away, separated by the Congo River, lies Brazzaville in the Republic of the Congo, where the Internet was considerably cheaper and faster than in Kinshasa. This was because telecom services providers could not lay fibre cables across the Congo River, the world’s deepest and fastest river.

Fibre cables had to travel 400km around the river to get to Kinshasa, making the Internet five times more expensive.

Liquid tried to solve this problem for two years but with little success. But with Project Taara, the company could beam Internet signals across the river in just a few days.

Liquid briefly explained how this technology works in a statement to Techpoint Africa thus:

“In the same way traditional fibre uses light to carry data through cables in the ground, Taara’s WOC links use narrow, invisible beams of light to deliver high-speed connectivity. Capable of transmitting up to 20 Gbps each, Taara’s links across the Congo River will help the 17 million people in these cities have access to much faster and more reliable connectivity.”

Though the Taara team is not confident it will maintain peak performance in different weather conditions, it believes it will still provide reliable and affordable Internet for both cities.

Between 2016 and 2018, Google invested $47 billion in capital expenditure, which helped build Equiano.

With Africa’s well-documented bottlenecks for Internet infrastructure, and the actual number of Internet users in Africa sketchy, Google is making a massive bet on the continent, and it has good reasons to make sure it pays off. Long term that is.