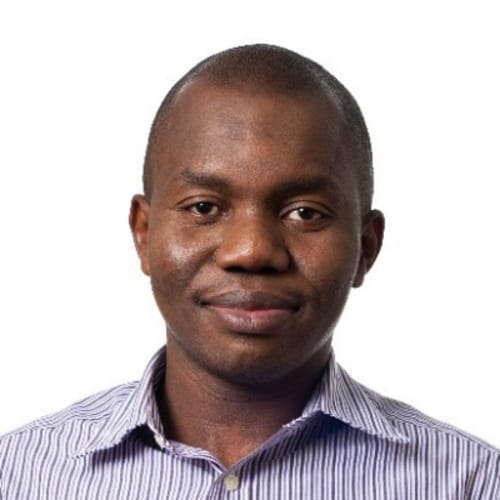 As a child, Ndubuisi Ekekwe realised that excelling in his education was a guaranteed path to influence. That realisation drove him to apply himself, eventually resulting in him studying electrical and electronics engineering at the Federal University of Technology, Owerri.

After graduation, he worked at various companies, including Diamond Bank and the Nigerian National Petroleum Corporation (NNPC) before moving to the US where he obtained a PhD in electrical and electronics engineering from Johns Hopkins University. Subsequently, he taught at Carnegie Mellon University before founding companies operating in the technology space.

In December 2020, Professor Ekekwe published an article on the Tekedia website, which he titled, “Fintechnolization of Platforms – Expect this Redesign in Startups.” In the article, he argued that every digital platform would have to offer a financial service at some point if it must capture massive value.

In January 2021, he launched Tekedia Capital, an investment syndicate that allows individuals to invest in companies operating largely in Africa.

“When I made that postulation, I thought, ‘if I have written this, how do I demonstrate that I’m walking the talk?’ So, that is how I started thinking about building our fintech solution within our ecosystem since, to a large extent, we have a couple of thousands of people here. That was how Tekedia Capital came about.”

Starting Tekedia Capital was not just about making money though. It was also driven by a desire to support a generation of African entrepreneurs.

“I will say, to a large extent, that I am optimistic about this Cambrian moment of entrepreneurial capitalism in Africa. That this is the time to build the architecture for the new African future and having the right capital will make sure that the entrepreneurs will be successful in doing that.”

Ekekwe is quick to point out that Tekedia Capital is not a VC fund but an investment syndicate. On the reason for choosing this model, he points out that becoming a VC fund increases ticket sizes and could result in worrying about big exits, adding that investing smaller amounts improves the chance of being bought out by bigger investors at subsequent raises.

With most members of the syndicate being angel investors, this flexibility is key.

“Most people who are still investing at a personal level want to have that flexibility but VCs may like it to get very big.”

For investors in the syndicate, the minimum investment in a startup is $10,000 or its local equivalent. In addition to the $1,000 required to gain access, Tekedia Capital charges a 20% carried interest of the invested amount.

Since its launch, the syndicate has invested in up to ten startups, including Y Combinator portfolio company, Mecho Autotech; on-demand helicopter booking startup Vetifly; and online checkout startup, OurPass. Investments in startups are determined by members of the syndicate and not Tekedia Capital.

It operates a lean model with a small team that sources and vets deals before presenting them to the syndicate’s members.

Members of the syndicate come from various professional backgrounds, and this means that Tekedia Capital can get professional advice from someone with experience in a sector before investing.

Tekedia Capital invests in early-stage technology-anchored startups with most of their operations based in Africa. It is also sector-agnostic although there is a bias towards startups that are hard to automate.

“We don’t want to invest in a company that someone in Silicon Valley will automate. So, you’re not going to see us invest in businesses like Twitter or Instagram because there is no inherent geographical advantage that it gives you as an innovator in Lagos. You have to be physically present.”

When choosing startups to invest in, Ekekwe discloses that the syndicate picks startups with teams that show the required technical and managerial abilities. The team must also be able to go beyond customer acquisition to making fans of their customers.

In my conversations with early-stage investors, a common thought expressed is how there is very little data available on a startup that could aid the due diligence process and so in many cases, the decision on whether to invest in a startup could come down to the founder.

Ekekwe reveals that beyond a founder’s technical or managerial capabilities, it is important to know what motivates the person.

“I like to know our startup founders. I don’t want to invest in someone whose motivations I don’t understand. I just want to know if this is a guy that will stop picking calls if you send him $300,000 so we put significant effort into trying to understand exactly who our founders are.”

Founders who meet Tekedia Capital’s requirements can apply for investment by sending an email to capital@fasmicro.com.

Africa still suffers a huge infrastructural deficit and the capital required to plug the hole means that only a few entrepreneurs would bother with it. Ekekwe understands this and points out that despite the growth experienced by software startups, those are not the innovations that would ultimately drive Africa’s economic growth.

“The biggest opportunity in Africa today is building infrastructure but they don’t bring in a lot of money. We need to build seaports, better broadband in rural communities, a better logistics system that will make eCommerce work, and we also need electricity that works. These are the infrastructure that power innovation but you don’t expect small VCs or entrepreneurs to deal with that. However, those are the things that will facilitate Africa’s growth.”

While conceding that entrepreneurs cannot be expected to drive this growth, he expressed hope that as more exits are recorded in the startup scene, more founders will be willing to take on projects of this nature.

Thank you so much Techpoint Team for showcasing Tekedia Capital in your industry-leading platform. Thanks. Ndubuisi