Smileys, hearts, sad eyes and the rise of a new digital language 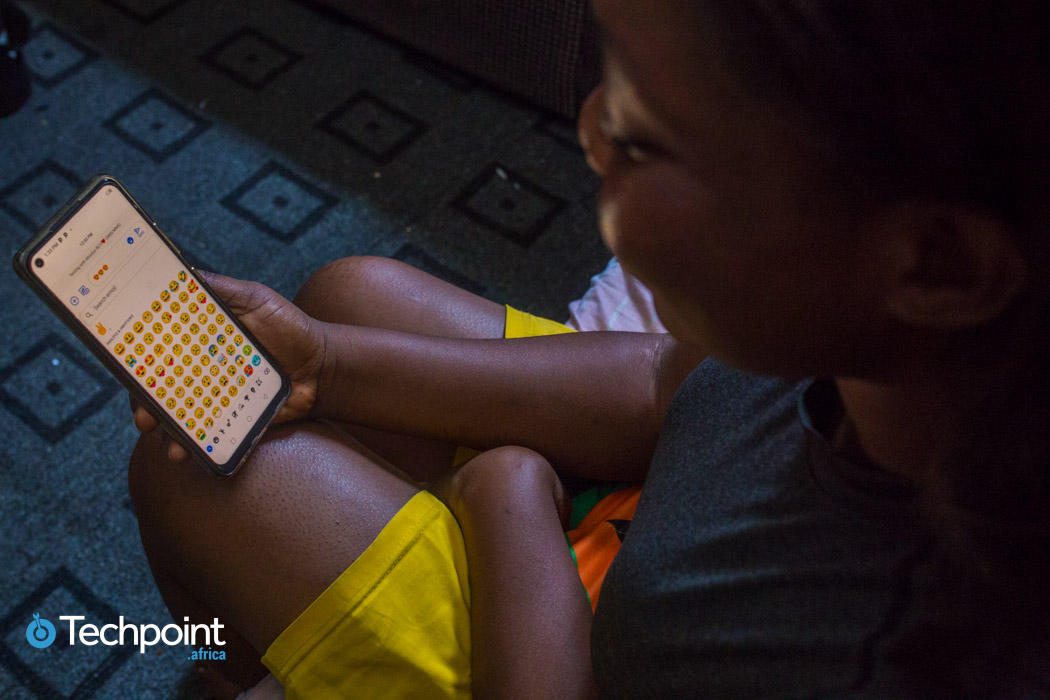 If you’re like me, then your face may be constantly buried in your phone screen. If you’re not scrolling through your favourite social media, you’re having a field day chatting with friends and family.

Most times, I’m scrolling through a sea of cartoonish yellow faces that describe how I feel because sometimes, words aren’t enough.

In a world where more people work from home and attend events on Zoom, everyone is likely staring at a screen for the better part of the day. How can we not? It’s how we bridge distance barriers and insulate ourselves from a deadly pandemic.

A South African study on changes in how people perceive technology by Alex Emilio Fischer, Tanya Van Tonder, and other researchers reveals 83% of 405 respondents interviewed, worked and communicated more with technology since COVID-19 became a global pandemic.

However, talking to someone physically differs from conversing using a 6.5” device. When communicating face-to-face, what you don’t say is more important than what you say.

Facial cues and body language speak louder than you can imagine. Lydia Ramsey, Professional Speaker and Author, says that “Eye contact is the most obvious way you communicate. When you are looking at the other person, you show interest.”

Ramsey claims studies show that words account for 7% of human communication while body language and tone account for 55% and 38%, respectively.

Interestingly, we not only talk through our devices, we also speak to them. Smartphone assistants have become so intelligent that I sometimes find myself asking Google Assistant to tell me jokes when I’m bored.

While technology has reduced physical communication, it has also helped us keep in touch where actual meetings are impossible. And with the aid of Japanese invention, emojis, we are perhaps retaining some aspects of normal communication.

Emojis: the language of  the digital world

When we click on the emoji section of our keyboard, we likely want to convey emotion easily, or words aren’t enough to say what we feel.

Emojis first appeared on Japanese mobile phones in the late ’90s. Since then, they have evolved into a universal digital language. In 2015, Oxford Dictionaries named an emoji Word of the Year. Can you guess which one it was? Reply in the comments.

The popularity of emojis in Japan propelled Google and Apple to have them registered by Unicode Consortium, a non-profit organisation that maintains text standards on computers.

Like the English language, more emojis are being added to the “emoji vocabulary” to express more emotions.

Emojis also have a day set aside to celebrate them. Bizarre? Apparently, World Emoji Day is a big deal.

Created by Jeremy Burge, founder of Emojipedia — a wiki for emojis — the day has two main activities: awards are given to the most popular emojis and new ones are announced.

Intriguingly, World Emoji Day is celebrated on July 17 because Apple’s iOS calendar emoji have the same date. Not to worry, you’ll also see the same on your Google keyboard if you’re an Android user.

While emojis might be a universal way of communication digitally,  it is still perceived differently by people.

What do users think of emojis?

“We can lose nuances of humour, seriousness and even sarcasm when we take words at face value.” This is what Folakemi Olaniyan, final year student of English and Literary Studies, said when I asked her how important she felt emojis were.

To her, emojis help to define the mood and tone of written text. “I don’t think I can chat and not use emojis,” she says.

However, as much as she wants to, Olaniyan does not use emojis in a formal setting. She prefers chatting on her phone to having a physical conversation, adding that it saves her from stuttering in real life.

In contrast, Kunle Agbetiloye, a journalist, prefers physical conversations to any form of digital exchange. But, like Olaniyan, he believes emojis give more meaning to words.

“There are some statements one makes that need an emoji for the receiver to understand the emotion that accompanies it,” he says.

However, Agbetiloye maintains that emojis are only necessary for informal conversations. “Personally, if I feel angry, I won’t send you angry emojis because of its cartoonish look.”

To test his assertion, during a lull in the conversation, I sent him an angry face emoji. True to form, he didn’t take it seriously.

My chat with Daniel Whyte, another journalist, was filled with emojis. From how the conversation went, I could deduce just how important emojis were.

For Whyte, emojis help get the message across faster. In his words, “I use it to communicate simple messages quickly. It saves time and flows easily.” He ends this sentence with a smiling face emoji, expressing how casually the words would have flowed from his mouth in a physical conversation.

Like Olaniyan and Agbetiloye, Whyte maintains that emojis should be reserved for casual conversations and kept from official emails.

However, emojis are used by people from different cultures and with unique personalities, making meaning relative to who is using them. As a result, emoji translators were created.

Usually, the thumbs-up emoji is understood as commendation or approval, but in Greek culture, it’s an offensive gesture.

Surprisingly, the smiling face emoji symbolises dismissiveness to Chinese people rather than happiness.

Ranti Omoloso, a recent university graduate, says he has difficulty chatting with older people as they often misunderstand emojis.

“I try to avoid chatting with parents cause they seem to understand emojis very differently. I don’t like typing long sentences, so I just put a call through,” he says.

Keith Broni, who makes a living from translating emojis, says they are “linguistics tools that are being used to complement our language.”

Although Broni believes emojis by themselves cannot be a form of communication, he admits that they play a vital role in digital communication.

In the opinion of Dr Oluwakemi Omole, Assistant Director, Counselling and Human Development Centre, Federal University, Oye-Ekiti, communication is an exchange of information, and the medium doesn’t really matter.

Highlighting the importance of communication, she says it improves our psychology and sense of self. “It is very important to our psyche as humans.”

She also admits that while physical contact feels good, presence — online or physical — is what matters most. “You can be physically present with someone, and you’re not communicating. It’s about exchange and the ability to listen.”

As a psychologist, Omole says a lot of research has gone into how effective emojis are and if they communicate feelings that cannot be easily expressed in words. She concludes that “emoji is a way of bridging the gap. It is a way of letting people know what you would love to express to them.”

Addressing the question of emojis being a universal language, Omole refutes their ability to be understood universally. “Although we feel the same things, the way we express them may differ across cultures.”

This year’s World Emoji Day promises the release of emoji 14.0. A new series of emojis that take into account race and gender. With the emoji vocabulary being updated frequently, could they become a stand-alone language?