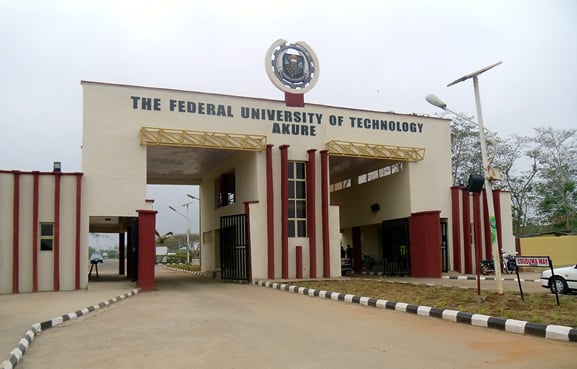 The Integrated Payroll and Personnel Information System (IPPIS) department was created in 2007 in the Office of the Accountant General of the Federation (OAGF). And in 2016, the Federal Government of Nigeria revealed its plan to automate the payroll and human resource database for the Federal Civil Service.

Before its implementation, salaries were paid into the accounts of the different Ministries, Departments, and Agencies (MDAs) for disbursement. Over 300,000 federal employees have been enrolled in the IPPIS package since 2016.

In 2019, President Muhammadu Buhari ordered that salaries should be paid only to civil servants on the automated payroll; the order took effect in October of the same year.

Since implementation at various federal MDAs, the system which integrates and harmonises salary payment has reportedly exposed hundreds of ghost workers. Over 80,000 ghost workers exposed after the system was introduced in the Nigeria Police Force (NPF) in 2018 is a case in point.

Despite documented results that the technology has curbed the misappropriation of funds in the sectors where it is used, the Academic Staff Union of Universities (ASUU) has strongly opposed the initiative. And at different times, it has embarked on industrial actions to kick against the implementation.

Following reports that the federal government had agreed to exclude university lecturers from the payroll system, the Union reportedly suspended its eight-month-long strike. However, the government refuted this claim, stating that the agreement was only meant to address arrears.

Why IPPIS is such a problem for ASUU

Admittedly, ASUU’s disposition seems strange — a group of learned individuals opposing the use of technology — but the Union appears to have a justification for its position.

According to the Union, enforcing IPPIS is an infringement on universities’ right to autonomy. During a discussion with the Senate on the rejection, ASUU President, Professor Biodun Ogunyemi, mentioned that the enforcement is not permitted under the law.

“The introduction of IPPIS is not backed by law. The Union’s position is that there are extant legal provisions and negotiated agreements arising from the nature and peculiarities of Nigerian universities, which make IPPIS unnecessary and inapplicable to the universities.”

As an entity, a Nigerian university is backed by an Act (PDF) giving it the freedom to run itself, and the introduction of a central payroll system is an infringement on this right.

Ogunyemi also argued that the IPPIS software is not robust enough to cater for the peculiarities of lecturers. Buttressing this, an active member of the Union who is a lecturer, in a federal university, Dr Fred* tells Techpoint Africa that the IPPIS does not include some remunerations.

“There are certain peculiarities which IPPIS does not cater for in the university system. One of these is sabbatical staff, adjunct lecturers, contract staff, and other academic allowances for working in more than one institution.”

Dr Fred also states that since February 2020, their payslips have reflected new rates of deduction and other deductions that employees did not approve. This, he says, has drastically reduced their take-home pay.

“When ASUU was forced to get paid through IPPIS, salaries were cut because of malicious deductions most of which were not consented to. A professor who’d receive ₦460,000 through normal payment means hardly gets ₦416,000 now due to these deductions that can’t be explained.”

The only revealed deductions implemented through IPPIS are housing fund, health insurance, and tax.

Techpoint Africa gathered that other university-based unions — the Non-Academic Staff Union of Universities (NASU) and Senior Staff Association of Nigerian Universities (SSANU) — that initially okayed the integration into IPPIS are also experiencing similar inconveniences. This was revealed at a virtual stakeholder meeting held in June 2020.

Outside universities, the Petroleum and Natural Gas Senior Staff Association of Nigeria (PENGASSAN) embarked on an industrial action earlier in November 2020 over disagreements with the federal government on IPPIS.

While explaining why lecturers are against IPPIS, and some other agencies do not appear to have a problem with it, he adds that salary payment structures differ from one institution to the next.

Under this arrangement, the software used is the Government Integrated Financial Management Information System (GIFMIS) which takes into account the automatic deduction of checkoff dues, deduction of cooperative dues, transfer of union dues, and payment of other approved allowances. Ordinarily, IPPIS does not cater to this, and according to the recent agreement, the government plans to pay these arrears.

There are also complaints about a change in the tax deducted, which is based on the claim that lecturers did not pay accurate taxes before the integration of IPPIS.

Explaining this, Dr Fred reveals how tertiary institutions have obligations to the state where they are located and thus can duly enjoy other tax exemption benefits available.

Having established these discrepancies with the system, ASUU went ahead to locally develop an alternative system — University Transparency and Accountability Solution (UTAS).

Ogunyemi says ASUU took up this challenge to dispel the idea that the Union is against IPPIS so it can engage in corrupt practices. He also adds that the unified payment system is the World Bank’s idea, and it is foreign to the distinctive nature of some of the country’s parastatals.

In December 2019, the Union presented the software, and its functionality has been discussed during several stakeholder meetings. At the moment, the government is open to subjecting the software to an integrity test it claims will take between six and eight months to complete.

In comparison to the IPPIS, UTAS is said to include all personnel information as well as a payroll system, but it will be domiciled in each institution. For transparency, proper monitoring of funds disbursement will be overseen by the federal government.

“They just send the wage bill for universities into the university accounts, and they ask them to pay, and they monitor,” Ogunyemi explains.

While awaiting government approval, ASUU maintains its position on IPPIS which it does not hold because of the introduction of technology — UTAS is very similar to IPPIS — but because of the shortcomings of IPPIS. https://zp-pdl.com/apply-for-payday-loan-online.php http://www.otc-certified-store.com/erectile-dysfunction-medicine-europe.html https://zp-pdl.com/how-to-get-fast-payday-loan-online.php http://www.otc-certified-store.com/cardiovascular-diseases-medicine-europe.html https://zp-pdl.com/get-quick-online-payday-loan-now.php займ экспресс орелэкспресс займ подольскбыстрой займ