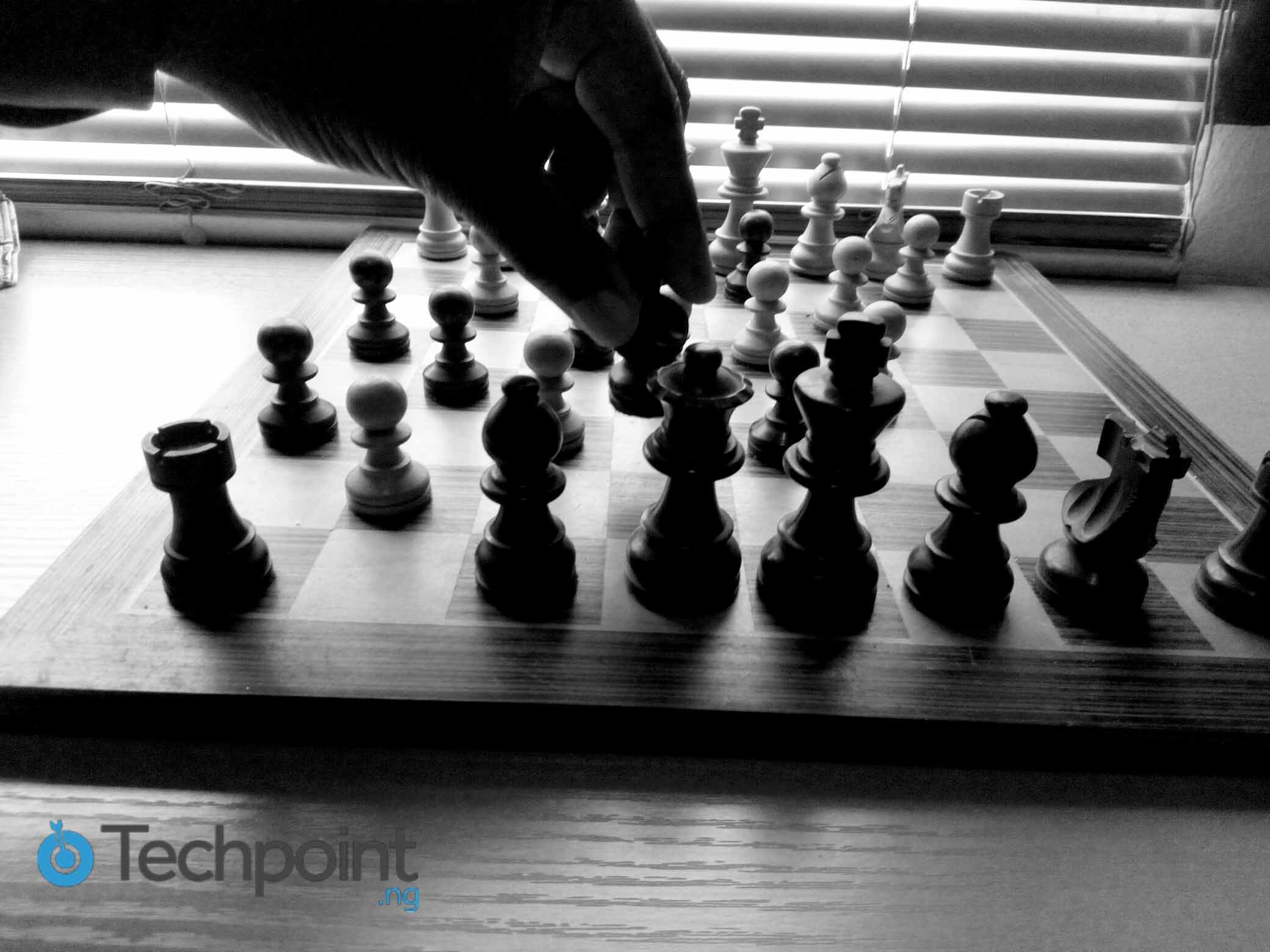 When the statistics are reviewed, the irrefutable conclusion is that relative to other African countries, Nigerian startups have been very successful in raising Venture Capitalist (VC) or Private Equity funding.

WeeTracker reports that in 2019 alone, Nigerian startups attracted $663.24 in VC funding, the highest amount of funding secured by any African country within the same period. If one looks beyond the numbers, it is clear that an overwhelming majority of the funds secured by Nigerian startups are from foreign backed VC’s.

Techpoint Africa underscored this point in its 2019 Annual Funding Report where it revealed that nearly 95% of the total amount of funding raised by Nigerian startups in 2019 were from international VCs. On the surface, this appears to be a wholly positive trend especially where funding successes such as Jumia, Paystack, iROKOtv, Andela, OPay and others are considered.

However, when the challenges faced by other funded startups such as Healthplus, Food Concepts and Wakanow are critically analysed, it becomes clear that VC funding is not always the love story many founders waltzed into. While many factors influence the failure of funded startups, this article is dedicated to highlighting some of the provisions founders need to pay attention to when negotiating and concluding startup funding documentation.

The journey begins with the Term Sheet. The Term Sheet becomes relevant where the founder has pitched the idea to potential investors, and they believe in the product such that they are willing to invest in the startup.

A Term Sheet is a non-binding document by which investors propose the terms under which they wish to invest in a company. The Term Sheet serves as a template to draft the definitive investment agreements and its importance cannot be overstated.

1. The “No Stop” or “Exclusivity” Clause

As a preliminary point, founders must be on the look out for the “No Stop” or “Exclusivity” clause in the Term Sheet. The No Stop clause prohibits the founder from marketing his startup to any other investor, or accept any offers for acquisition of shares in the company from any other investor during a stated exclusivity period.

While other terms of the term sheet are not binding, the No Stop clause is usually binding. Essentially, after executing the term sheet, a founder must take his startup off the market for due diligence to commence through the agreed exclusivity period.

From the perspective of the investor, this clause is necessary however, it is to the detriment of the founder if the period is unduly long. Typically, the exclusivity period should be between 30 to 45 days, anything beyond that is unreasonable and detrimental to the founder.

Founders should also insist on a term which discharges them from the obligation to comply with the exclusivity period where the investor stops negotiating or conducting due diligence after a specified period. This way, a founder does not remain bound by the No Stop clause where the investor is clearly no longer interested in taking the deal forward.

When negotiating the Term Sheet, founders must avoid the temptation of over valuing the startup. Where a startup is overvalued, its stock attracts an artificially high price leading investors to pay very large amounts for significant equity stakes in such startup. The reality is that the more money the investor injects, the higher the dilution of a founder’s shares and the more control is ceded to the investor.

While high valuation may imply more funds for the company, it also creates an expectation in actual and/or projected revenue which the startup may struggle to meet. Unrealistic valuation and unnecessarily large amounts in secured funding may make it difficult or impossible for the startup to turn a profit or declare dividend on shares.

It is advised that founders should be modest with their valuation, and should not seek more funds than actually needed. This ensures that they retain majority stake in their company (at least at the early stage of the startup) and ensure no investor has anti-dilution rights in the event of new equity. Such equity must dilute all the equity holders on an equal basis.

Even where the right to participate pro-rata in future rounds is negotiated, this must not be in the form of a super pro-rata right that might result in the same unwanted consequence.

Founders must also pay due attention to the proposed board composition and other clauses which may give the investor right to veto key operational decisions capable of crippling the business. Where the investors with controlling shares are given the right to nominate multiple board members, the founder runs a high risk of losing his business or being sacked.

Some investors would want a 2-2-1 board structure where the founders and investors have the right to nominate two directors each, and one neutral director making a board of five directors. Where founders loose controlling shares due to dilution, even with the 2-2-1 structure, they run a risk of losing control of their company. Investors may also insist on controlling provisions which makes their consent a mandatory requirement before key business decisions such as setting annual budget, hiring/firing executives, undertaking further funding rounds may be taken.

Founders must interrogate these terms thoroughly and push against them where they give the investor excessive powers. Some founders seek to have super-voting rights, but this has its pros and cons and would also depend on permissibility under applicable laws.

Founders must also avoid conceding to offering Participating Preference Shares (double dipping) to investors. It is standard for investors to obtain preference shares as against common stock after funding rounds. The preference shares come with additional bundle of rights which include a “liquidation preference”. This implies that in the event of liquidation, the preference share holder would be paid first before other categories of shareholders are settled from the remaining proceeds.

However, in the case of a participating preference share holder, after receiving the pay-out for all preferred shareholders, they also receive a share of the remaining proceeds on a pro-rata basis as if they were a common stock holder. This is known as double dipping, and it is overcompensating the investor for its investment.

There are different types of rights that attach to investor’s shares and where founders are negotiating their Term Sheets, we advise that they stick with a non-participating structure where the investor would either go for its liquidation preferences of being paid first, or a pro-rata share of proceeds, but not both.  Where an investor insists on holding participating preference shares, founders should be bold enough to resist it, even if it means walking away from the deal.

The drag-along right is typically used to empower investors with majority stakes (sometimes with less than majority stakes) to mandate other classes of shareholders to vote in favour of a sale or dissolution of the company. This might be unsavoury where the founder(s) is not keen on a liquidation event but the investor insists.

A couple of safeguards we advise where investors insist on this provision are:

Founders tend to be carried away by millions promised in funding such that they fail to diligently negotiate terms and review contracts. They end up biting their fingers in regret when they lose control of their companies to investors and are sacked.

Funding is a game of interests; in most cases, the investor’s interest is to score a huge exit while founders are concerned about longevity and growth of their business.

“Not all that glitters is gold” and “he who pays the piper must surely call the tune”; founders must keep these lessons in mind when closing funding deals, else they end up losing the long game devastatingly. Good legal advice is a must.

Aderemi is a Partner with Tope Adebayo LLP with almost two decades of experience in the legal profession.

Peter is an associate at Tope Adebayo LLP. His interests span across Environmental, Labour and Intellectual Property law 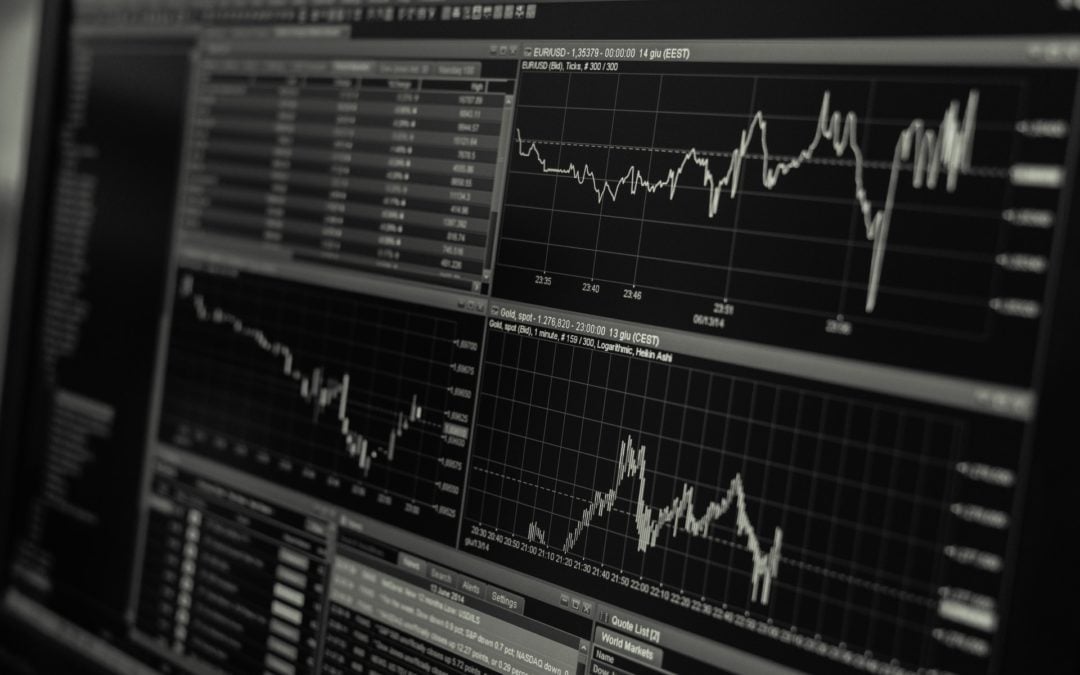 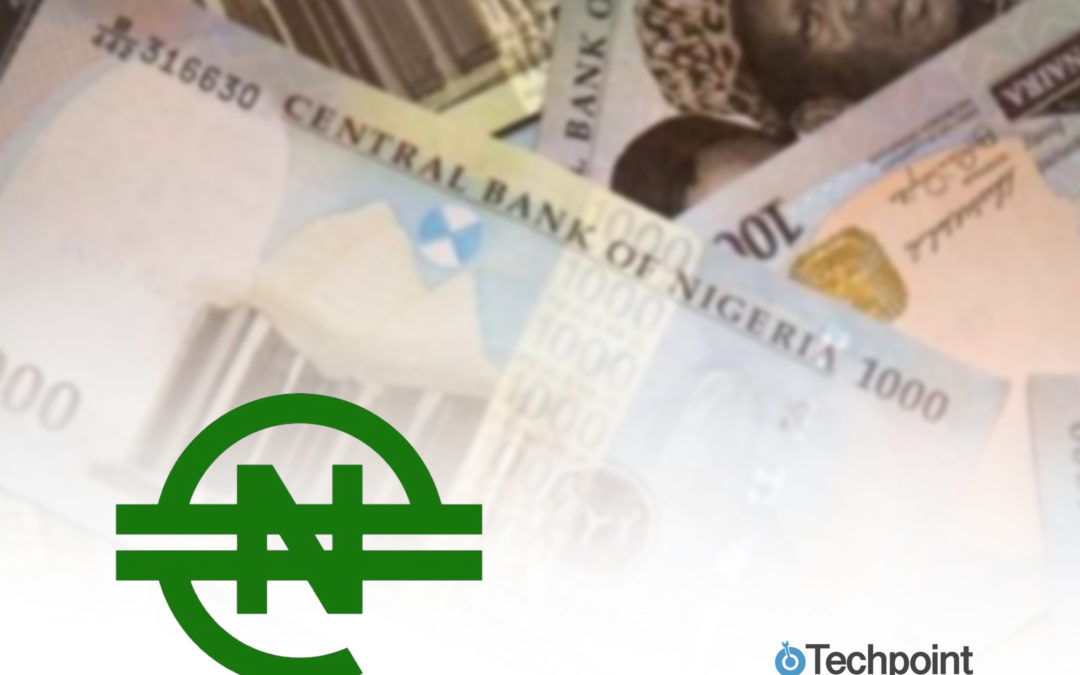 “Naira’s digitisation via the eNaira: Beyond financial inclusion” by Aderemi Fagbemi and Oluchi Mgbenwelu for @TopeAdebayoLLP (Techpoint Africa Publishing Partner) 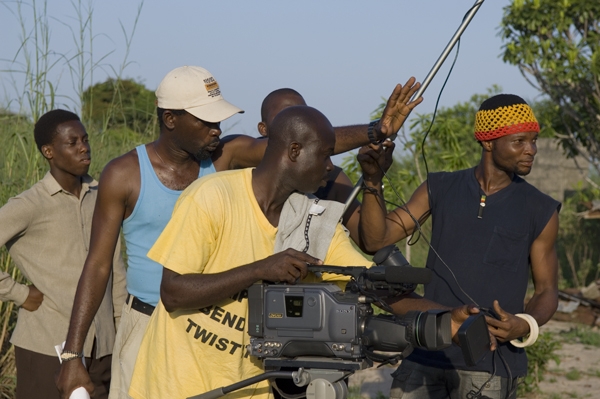 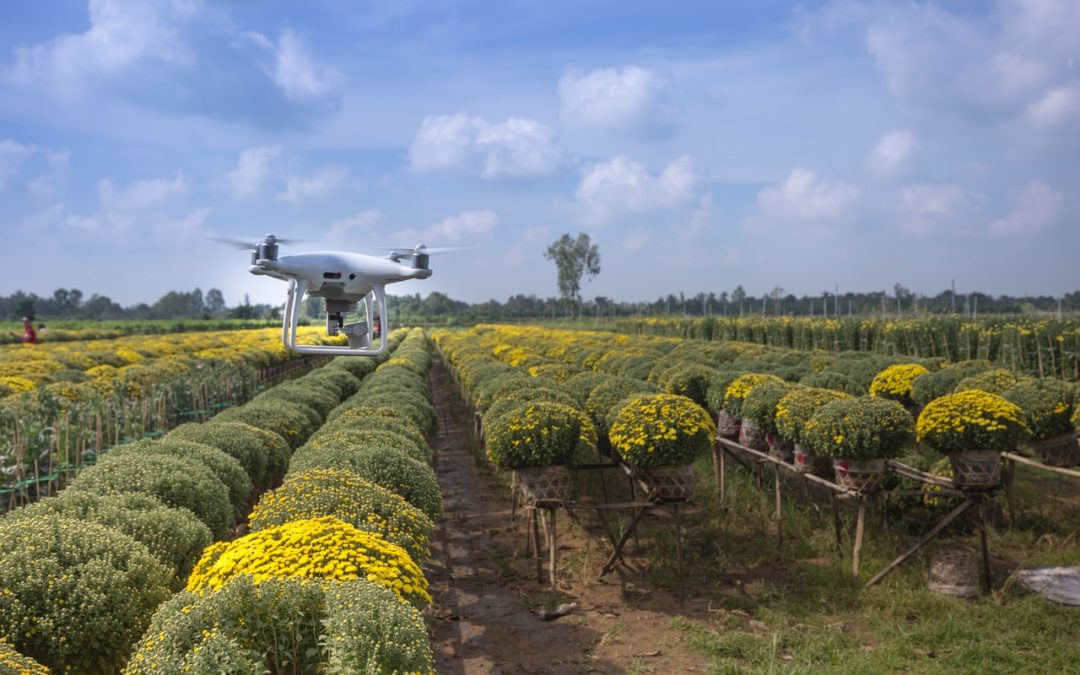 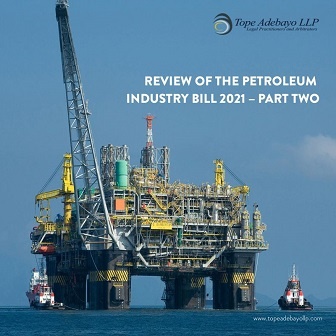 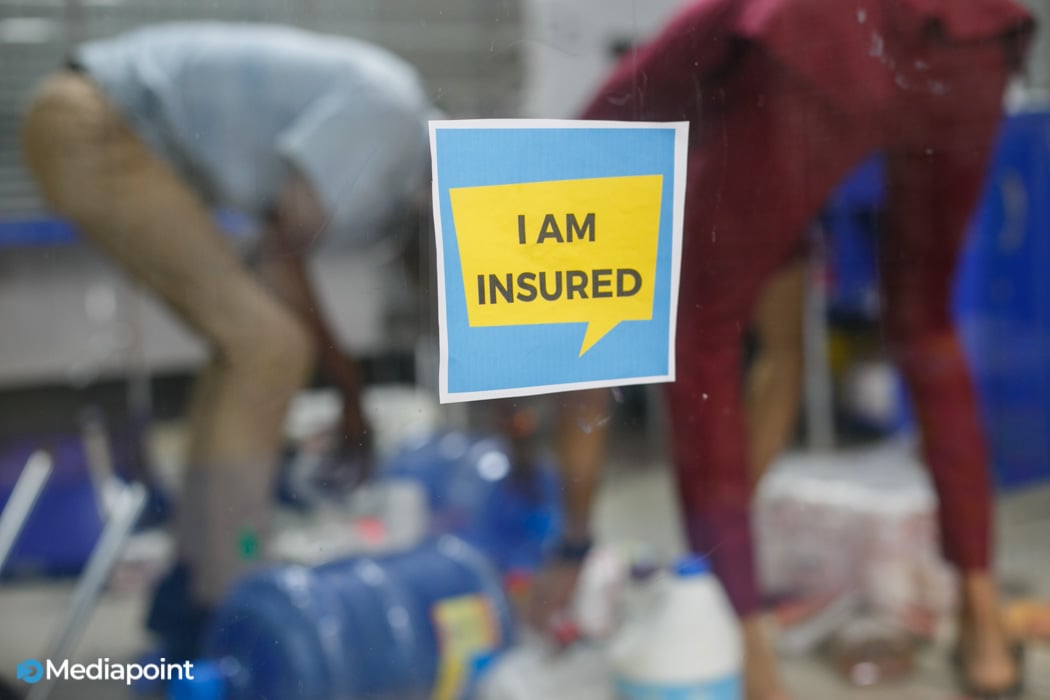 CAMA 2020: What benefits for startups and MSMEs?

Positioning your startup to survive and thrive during COVID-19, depreciating naira