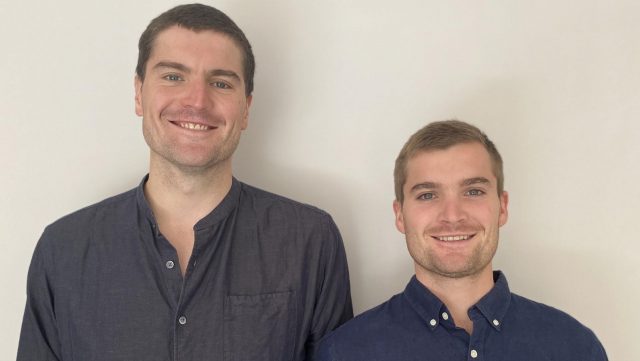 Johannesburg based startup SmartWage has raised a R6 million ($347,000) investment to help it to grow its solution that allows companies to give employees instant access to their earned salaries and wages.

It follows the announcement on Monday (22 June) that former Springbok Bryan Habana’s fintech Paymenow had landed a R4m investment from ViaMedia for its app that allows employees early access to already earned wages.

SmartWage’s fundraise was led by Chris Lister-James from Johannesburg-based seed investor FiTech Ventures which has previously invested in other SA fintech startups like Franc, uKheshe and Payflex.

The startup was founded in November last year by Nick and Alex Platt (pictured above, from left to right) and Simon Ellis and began operating in February.

The investment, agreed earlier this week, comes in the form of a Simple Agreement for Future Equity (SAFE) agreement, which enables the investor to make a cash investment in the company while giving the investor the right to receive equity at a later date, in connection with a specific event.

The startup plans to use the investment primarily to boost the development and deployment of its technology offering, which includes a unique financial literacy education solution. It plans to also make new hires and acquire new customers.

In March, Platt told Ventureburn that the startup was in the middle of a” R20 million ($1.15m) debt raise” (see this story). Platt said today that the startup is still busy raising the money, which the startup hopes to use to make cash advances to employees from those employers that have signed onto the system.

Up until now, the startup, which has a team of five in all, has relied on contributions of R1 million ($57k) from the founders and friends and family to fund cash advances.

Platt said the startup has since February been working with small pilot groups in 17 companies in the manufacturing and retail sector that collectively employ 10 000 people.

In June’s pay cycle, the startup advanced R46,000 ($2,665), an amount which Platt said had remained roughly the same over the duration of the pilot.

Once a company is on board, employees can communicate directly with SmartWage’s WhatsApp chatbot to securely request and receive advances on their earned pay, taking the administrative and cash flow burden off the employer’s hands.

SmartWage has partnered with Yoco’s Support Small campaign and has been offering its solution to users for free from March through to June as a gesture of support.

From next month, Platt said the startup plans to generate revenue by charging a transaction fee of three percent on cash amounts advanced to employees.

The three percent is about nine to 15 times less than fees charged by micro lenders or loan sharks, says Platt. The startup can afford to charge such low fees because employers are responsible for making the deductions and paying these over to the fintech.

Deductions to be regulated?

But will relying on employers to pay over any deductions turn out to be a liability for the fintech and other competitors?

The SA Reserve Bank has been looking into whether to regulate payroll deductions or not, after the Reserve Bank’s National Payment System Department in 2016 issued a notice (opens as PDF) on concern over such deductions, followed by a consultation paper in 2018.

Platt said when he last communicated with the Reserve Bank, he was told that the task team has paused its work for the duration of the lockdown.

For now, just to be sure, the startup has capped deductions at a maximum of 25% of an employees’ salary. The startup also aims to educate borrowers so that they no longer need rely on cash advances — a practice which some might say runs contradictory to the business making a healthy return.

Yet as the economic fallout from the Covid-19 pandemic mounts, South Africa can expect to see a boom in payroll advances.

Time will tell whether such advances are indeed helpful, or whether they are simply a further means to put an already over indebted South Africa into further debt.