Ghana wants to break MTN’s market dominance, but will its new policies suffice? 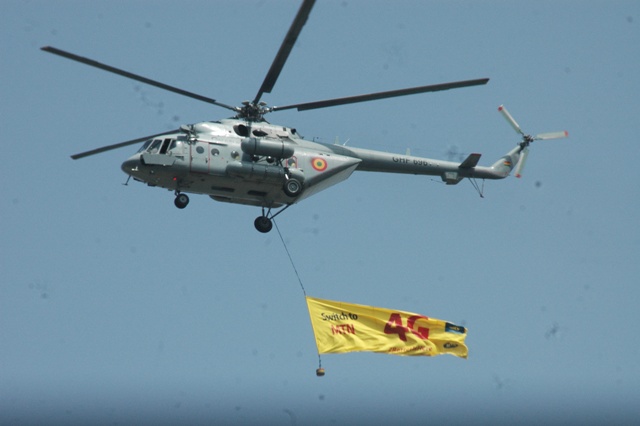 Ghana’s National Communications Authority (NCA) has declared MTN Ghana as a significant market power and will begin to implement specific policies to ensure a level playing field for all telecom service providers in the country.

Despite the presence of 52 Internet service providers and 3 other telcos, MTN enjoys 67% of the country’s data market and currently leads the country’s fast-growing mobile money sector.

NCA states policies will be put in place to ensure competition and more investments in the country’s telecom sector.

Some of these measures will include a favourable connection rate for disadvantaged operators, the setting of floor and ceiling pricing on all voice, data, text messages and mobile money subscriptions. It will also ensure that the various operator vendors are not subject to exclusionary pricing or behaviour.

Though MTN Ghana claims that it has yet to receive an official notice, once these measures are implemented, prices of data and voice might slightly increase across all telcos.

The cost of MTN Ghana’s dominance

Competition is key to the growth of any sector, but the telecom sectors of most African countries are mostly characterised by a lack of competition and the dominance of one or two telecom service providers in voice, data, and even mobile money services.

Notable examples can be found in Kenya where Safaricom controls a 64% telecom market share; Niger where Airtel controls 45%; and Rwanda, where AirtelTigo (merger) and MTN have a duopoly of the telecom sector.

According to a broadband affordability report by the Alliance for Affordable Internet (A4AI), the severe lack of competition across Africa contributes to the high cost of data — one gigabyte costs 7.12% of the average monthly income instead of the standard 2% average.

Over the years, Ghana’s telecom sector has not been competitive. State-run Ghana Telecom and its subsidiaries (all acquired by Vodafone) ran a monopoly until the arrival of Scancom (now MTN) that began to dominate its competition seven years later.

MTN’s acquisition of Scancom in 2007 appeared to push the telco’s dominance even further. The telecom giant already had a 52% market share of Ghana’s telecom subscribers as of 2009, and it has grown by only 5% since then (57% as of 2020).

In 2013, the service provider of the country’s Internet subscribers, and that share skyrocketed to 67% in 2019. It is worthy of note that in 2016, MTN became the first telco to launch 4G in Ghana, and, unsurprisingly, its market share of Internet subscribers has since increased.

Glo’s entry into Ghana in 2011, and the merger between Airtel and Tigo in 2017, could not provide sufficient competition for MTN in the telecom market.

Consequently, Ghana’s telecom market is gradually edging fully towards consolidation instead of a competitive one.

Also, its fast-growing mobile money sector might be largely serviced by MTN, as is the case with Safaricom in Kenya.

The price floor and ceiling model has been tried

Considering this dominance and emerging consolidation, the NCA’s move appears laudable but one might question its effectiveness.

For services like voice, data, texts, and Unstructured Supplementary Service Data (USSD), a price cap means telcos cannot increase costs beyond a certain limit, and a price floor is the minimum telcos can charge for these services.

Similar to the NCA’s plan, the Nigerian Communications Commission introduced the data and voice price floor in order to boost investment in the telecom sector and curtail anti-competitive practices.

However, despite the setting of a price floor and the introduction of new license spectrums, MTN has continued to dominate the Nigerian market for the last decade. Since the arrival of Etisalat (9mobile) in 2007, no other telco has managed to compete with MTN, Glo, and Airtel.

Nigerian telcos face a lot of infrastructural and regulatory hurdles and competition pricing might not top the list of their worries when trying to gain a foothold in the Nigerian market.

Similar issues such as thefts, fiber cuts, and other forms of vandalism also plague telcos in Ghana. There were reportedly more than 250 cases of vandalism, in half of 2018, thefts of diesel, fire extinguishers, batteries, and air conditioners. Fibre cuts reportedly cost about GH₵ 13,000 ($2,257).

Comparatively, MTN’s dominance in Ghana is far more pronounced, and the introduction of anti-competitive practices will only go so far to boost the nation’s telecom sector.