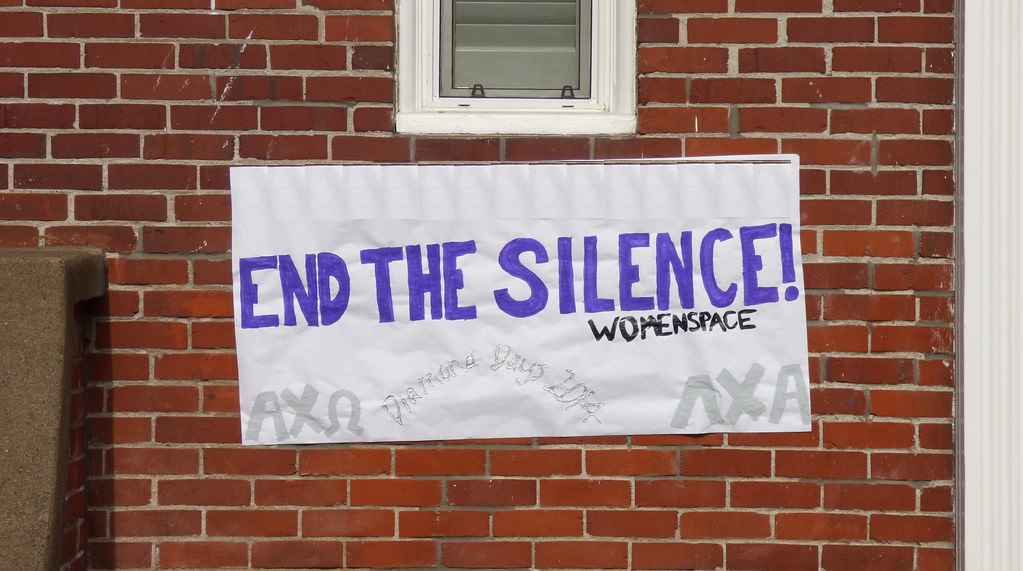 In the past few days there has been a lot of unpleasant news on the Internet. The highlights being reported cases of murder, sexual harrasment, and rape. Hashtags of three different cases of sexual assaults with one involving murder went viral for days on social media, and it appears more cases are reported daily.

These despicable acts soon drew serious criticisms and became campaigns, some of which set off a chain of reactions.

Though most of the cases inciting these campaigns happened at home, there are other dynamics to cases of sexual assault that cannot be disregarded.

A World Health Organization (WHO) report (PDF) revealed that while most cases of sexual violence occur in the victim or perpetrator’s home, it also takes place in other settings like the workplace, school, prisons, cars, streets, and open spaces.

Sheryl*, a photographer and film editor in her mid-20s, narrated her ordeal during a support group meeting for rape survivors. She explained how a senior male colleague who was supposed to guide her through her debut film project sexually assaulted her.

From the few details she could mumble amidst tears, it appears she was lured to a hotel, a filming location which the colleague promised to help her secure.

Sheryl couldn’t bring herself to report the incident and only gets to relay her experience during such support programs. She added how she subsequently received more advances, until she decided to quit the project and relocate.

Unfortunately, cases like Sheryl’s are not alien to the professional sphere, says a female healthtech startup founder. The next part of this piece would have been proof of this, but investigations are yet to confirm the claims.

The chain of reactions

June 3: Kelechi Udoagwu, writer and tech entrepreneur in her reaction to one of the trending hashtags, #JusticeForUwa, mentioned her experience. She claims she was sexually harassed by Kendall Ananyi, CEO, Tizeti Network Limited.

In the tweet, Udoagwu gave sketchy details of Ananyi’s alleged abuse against her a few years ago in a mentorship session during her time at MEST, an African-focused entrepreneurship training and incubator program.

I just laughed sadly cos I remember one Naija #tech mentor who was supposed to be mentoring me when I was in MEST & this dude (married) pulled out and put his dick in my hands in the bright afternoon, begging me for anything I could do *sigh.

Her statement has since ignited different reactions from various quarters of the online community and the African tech space, most of which either empathised with her, condemned the act, or demanded a comment from the accused.

On the same day, MEST made a comment condemning the act and expressing its intention to investigate.

We have zero tolerance for sexual harassment and assault at MEST and within the MEST community. We will stand behind you and help escalate action if you wish. We have privately DM’d you as well.

This was followed by the Tizeti board’s official statement.

In the following days, people incessantly requested for a reaction from the alleged. In fact, Ananyi and other Tizeti executives/employees did not immediately respond to Techpoint Africa‘s request for comments.

However, on the night of June 7, Ananyi published a tweet to refute Udoagwu’s accusations.

In a counter-reaction, she commented with a number of tweets questioning his statement.

Kendall Ananyi @kananyi, did you whip out your *thing* on me in a professional meeting where you were supposed to be advising me about my startup & transitioning into fulltime consulting?

But just before this exchange began, there was a statement on Tizeti’s official handle, which was later deleted, suggesting that Ananyi might have been advised to step down as CEO while investigations go on.

Currently, no one is certain what happened, hence the hesitation to pass any judgement. Regardless, it is very clear that this indecent act will continue to be condemned, not excluding the tech ecosystem.

The recent events have no doubt given a voice to the hitherto voiceless victims who have had experiences similar to the claims made, and are probably suffering post-traumatic stress disorder (PTSD). One common thing, however, is an unwillingness to name the culprit(s).

A source confirmed to Techpoint Africa that she has received stories of similar cases which were shared in confidentiality after she expressed her concern online.

With current events, there are chances that women in the corporate and tech spaces are at a higher risk of assault and they have come to be very aware of these risks.

A female Nigerian startup founder, while speaking about the issue mentioned how these occurrences are based on the idea that women do not deserve the same respect as men and power can be used as a tool against them.

She added that developing a framework and putting policies in place to support women in every organisation will help female employees or entrepreneurs manage the societal ill.

Unfortunately, the Nigerian Labour Law — which could possibly address cases like sexual assault in the corporate world — appears to be silent on the matter. However, there is a section in the 1999 Nigerian Constitution — Section 34 — addressing this, albeit not explicitly stated.

Perhaps, as a way of making up for this, applicable guidelines are included in the National Industrial Court (NIC) Civil Procedure Rules 2017 (PDF), much of which treat cases that could qualify as sexual harassment in the workplace.

Order 14 of the procedure is summarised thus:

(a) Physical conduct of a sexual nature;
(b) A verbal form of sexual harassment;
(c) A non-verbal form of sexual harassment; and
(d) Where the owner, employer, supervisor, member of management or co-employee undertakes or attempts to influence or influences the process of employment, promotion, training, discipline, dismissal, salary increments or other benefits of an employee or job applicant in exchange for sexual favour.

Regardless, if a victim feels unprotected by these legal standings, she may take advantage of the several women rights groups available in the country, both government-run and NGOs. These outfits take up the fight from women who are victims to get justice from their abusers and also rehabilitate them.

With all these in place, it appears opening up about cases of workplace sexual misconduct may be the only action standing between them and getting justice. With so many cases making the news, there is no better time to expose perpetrators of these inhumane acts, and most importantly, get their names on Nigeria’s sexual offender register.