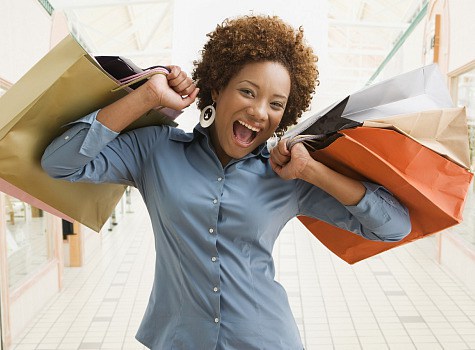 In the face of the global pandemic that has brought about one-third of the world’s population to a physical standstill, what will become of the world after it is contained is eagerly anticipated.

With locations having high active cases initiating lockdowns to enforce social distancing as a means to flatten the infection curve, the effects on businesses are evident. For instance, luxury, recreation, and transport businesses, among others, are as good as grounded for as long as the pandemic lasts.

Though, apart from the likes of logistics/deliveries, grocery stores, health services/products, and food, some other businesses are experiencing overwhelming demand at this time.

Lanre Akinlagun, CEO drinks.ng, an online drinks shop, affirms there’s been a huge rise in sales, which has continued daily.

“We have seen over a 300% increase in online sales and enquiries,” he submits.

While meeting these demands might be a difficult task for some, to an extent, they present opportunities for more relevant platforms to spring up.

A certain online grocery platform stated on its website that late orders would be delayed because of the volume of orders already received.

Fortunately, eCommerce has been on the frontline since people whose movements have been restricted have found virtual hope on the Internet, as it makes it possible to carry out most tasks.

Suggested Read: What is the viability and future of eCommerce in Nigeria?

However, asides these generally known vital products, others that don’t necessarily bear the ‘essential products’  tag have gained the attention of consumers.

One likely explanation might be the sudden disruption in people’s daily lifestyles and the need to adapt to the change.

In a quest for satisfaction

What comes to mind at the report of the skyrocketing sales of a particular undergarment during a massive lockdown?

A Telegraph post revealed that some European fashion brands are recording a rise in sales of lingerie and similar items. In fact, Google searches in Nigeria for lingerie, since February, have increased by almost 100%.

It almost appears that when stuck behind doors, reigniting the spark for a spouse may become more expedient than, say, food.

Asides this, Akinlagun mentioned how the online drinks shop has seen a surge in demand for alcoholic beverages recently. He guessed this could have arisen from a quest for entertainment, a need to keep up with a lifestyle, or a desire to simply kill boredom.

On a typical Friday evening, an average bar in a metropolis like Lagos would be filled with a crowd in need of relaxation and a party-like atmosphere – this is loosely described as the drinking and nightlife lifestyle mostly common among the youth.  In describing a similar demographic of shoppers, Akinlagun says they are the “middle class between 24 and 35 years old.”

Needless to say, these locations have become eerie quiet lately due to the lockdown.

Apparently, optimism is also the same for sex toy vendors.

Moses, founder of Vine Desirez, actively playing in that scene, discloses that sales have strongly improved in recent times such that restocking is urgently needed – a task he is finding challenging because they are sourced from abroad.

“Demand is higher but we can’t meet them all as we can’t bring in new items,” he sadly relates.

“The coronavirus also affected shipping from China even before it got to Nigeria as most factories/stores were still closed after their new year festival [on January 25th],” he adds.

However, such does not seem to be the case with drinks.ng due to a proactive measure taken to sufficiently store products.

“Luckily for us, we have a large stock but with a few other things like water and soft drinks, we are able to supply fine,” Akinlagun explains.

Expectedly, dispatch service providers have been aiding the ease of delivery across Lagos, but for Moses, this period hasn’t been favourable for demands coming from outside the state.

On why demand is high, Moses quips, “of course, people need to satisfy their sexual urges or spice up their sex lives so it will not be a boring routine.”

While groceries and health essentials are necessities during a lockdown, these unexpected surges have once again proven the volatility of consumer behaviour. What this establishes is the relativity in people’s needs during trying periods.

It remains to be seen, however, if this will remain or pass after elapsing its use for the moment.