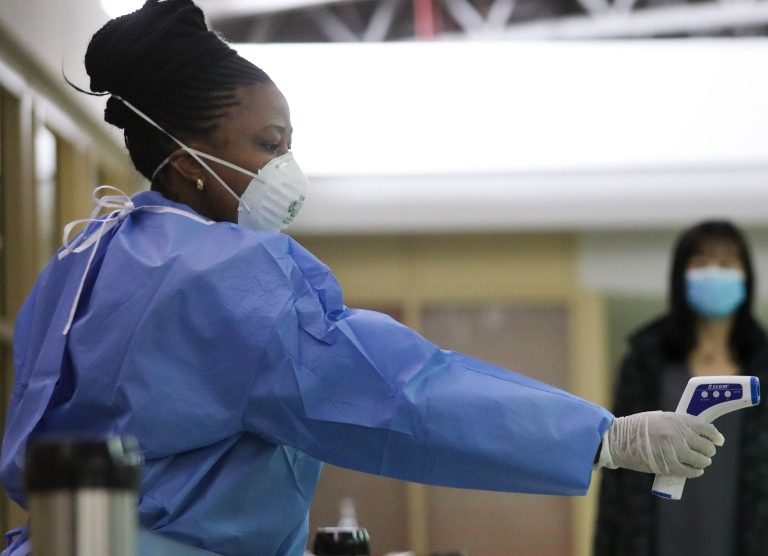 The increase in the number of coronavirus (COVID-19) cases outside China can’t be ignored and it has sparked alarm among global health bodies that are seriously working to contain it. Africa only had suspected cases until February 14 when the first case was confirmed in Egypt.

With the Egyptian government announcing two cases to date, the Nigerian government confirmed a case on February 27. This brings the toll in Africa to 15, with cases also in Morocco, Algeria, Tunisia, and Senegal.

While the mortality rate cannot be termed alarming — 3,112 deaths recorded out of more than 90,000 confirmed cases as of March 3 — there are still fears that COVID-19 is fast becoming a global epidemic.

While the global economy works tirelessly to keep the epidemic at bay, global tech companies are devising ways to discourage contacts that could increase exposure to the virus.

Suggested Read: Coronavirus: what you should know about social media’s impact during an infection outbreak

In light of this, some major conferences have been cancelled.

Facebook, for instance, cancelled its F8 conference for developers and entrepreneurs. A post explained that this was necessary “…given the growing concerns around COVID-19.”

Apart from F8, the GSMA-organised Mobile World Congress was also cancelled because “…the coronavirus outbreak has made it ‘impossible’ to hold the event.” For a similar reason, Microsoft pulled out of the Global Developers Conference 2020.

In a related development, these firms have also taken steps to protect their employers from regular interaction which may expose them to the infection. It is, however, not clear what effect this might have on business productivity.

Google, in taking precautions against the coronavirus, gave a directive for thousands of employees on its Dublin team to work from home.

Jack Dorsey, Twitter, and Square CEO revealed in a tweet on Monday that employees in both companies are free to work from home with the goal of minimising contact that may put them at risk. Many other companies have also restricted or banned non-essential business trips.

Similarly, many schools have closed down in the heart of the epidemic in China and also in the US, with the former resorting to online learning.

Although restricting contact is not a definite remedy, it will surely reduce the spread of the virus.

But what happens in an environment where workers do not have the luxury of remote work or companies makes it outright impossible?

The first confirmed case of COVID-19 was reported in Lagos, Nigeria’s largest commercial city on February 27, adding to the list of already affected countries in sub-Saharan Africa.

Reacting to this, the government has taken drastic measures to quarantine people the infected person might have been in contact with since his arrival on February 24. The good news is, in almost a week, there have been no other cases, although there are claims that the figures are underreported.

Considering the possibility of companies adopting remote work does not seem quite out of place in Nigeria if the figures increase.

During the Ebola viral infection, the last epidemic that easily comes to mind, there seemed not to be a widespread campaign for remote work. But it is easy to say Nigeria has learned major lessons from how the virus was successfully contained. This has been evident in the strategic steps taken since the virus was first reported in Nigeria.

It appears if there’s a spread, remote work may be adopted since apparently, the government is now more concerned about citizens’ health during an epidemic.