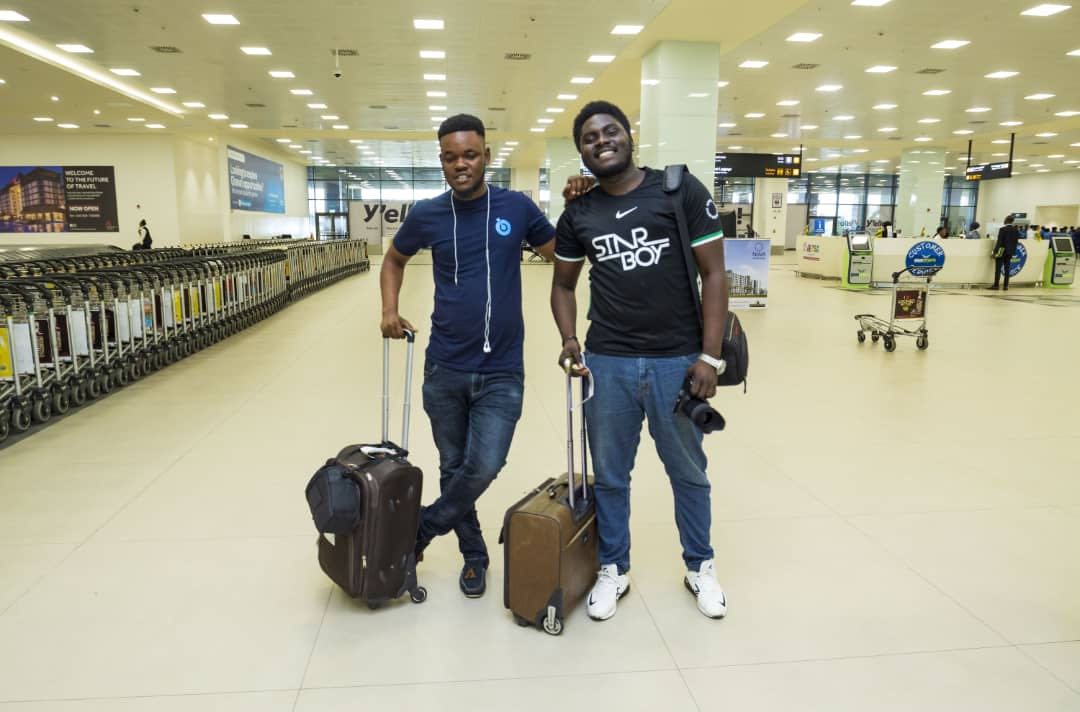 Nigerians love to travel and foreign trips, for whatever reasons they are taken, are perceived as more satisfying given the scenery change and cultural experiences offered.

It is fair to say that not all foreign trips are made for the scenery and culture available beyond Nigeria’s shores; a lot of trips occur for reasons ranging from health to business to relaxation. However, vacationing accounts for a large number of trips made abroad as people seek relaxation spots and an ambience different from the norm.

For most people, the where is known but how remains a mystery.

The recession that hit Nigeria in the second quarter of 2016 did not make it any easier for those dreaming of travelling to make the payments required to live their dreams. However, those for whom money was not a factor, who could spare no expense, lived out their fantasies — and even updated them annually — while others who were dreaming before the recession, well, continued to dream.

With vacations becoming harder to afford staycations became a thing as people opted for staying home as opposed to travelling out of the country. Various reasons were given for this change as some said, “What is there that is not here? All we have to do is build our own country.”  Whether this is true is up for debate. However, some others came clean and said travelling had become too expensive, so they’d stay home and find ways to enjoy themselves.

Staycations had come to stay, or so we thought.

Almost as easily as water finding its level, a solution was proffered to the problem as tour companies came up with offerings to meet the needs of Nigerians seeking a break from the hustle and bustle of everyday life.

Tour companies are not new and their offerings usually include location suggestions, flights, accommodation, feeding, and tours of the locations visited, all bundled in a tour package.

Beyond just travelling, they found ways to put together an experience to be remembered. Considering all being placed on the plate, the total costs of these packages were still beyond the reach of the average Nigerian.

A way had to be found for the dreamers to wake up and live their dreams without breaking the bank.

The Internet to the rescue?

Considering the Internet and mobile phone penetration figures and projections, one wonders what role social media plays in the grand scheme of things for tour companies in Nigeria.

Damola, whose “digitally-driven tour company” began operations in 2016, says the state of the travel industry in Nigeria is still below par, “however, we are not where we were yesterday. People are beginning to see the reason they have to travel as their perspectives have changed over time.”

In 2020 one of the best ways to reach a large audience is obviously via the Internet and the use of social media, as most people with smartphones are active on at least one social media platform. The varying options that now abound when it comes to data plans offered by telcos make it easier for subscribers to maintain their online presences.

“Ten years ago access to the Internet was super expensive and exclusive to the rich. But now, almost everybody is on the Internet and it has helped us push travel more to people,” he continues.

Tayo works at a travel and tour agency with holiday and honeymoon packages among their offerings; he believes, “Social media is very key because that is the only way people can get to know you and your brand. You cannot downplay the importance of any of the social media platforms. Then there is also the place of sponsored ads.”

He goes on to say his agency is active on Twitter, WhatsApp, Instagram, Facebook, and LinkedIn because “our customers will be on at least one of these platforms. So, when I put out an ad, say on WhatsApp for instance, I tell my contacts, ‘Please, send it to your contacts, my customers might be on your friend’s contact list.’”

Still talking about the role of the Internet, Damola says, “Securing our partnerships and getting the packages out to people was done using the Internet.”

Speaking about Dubai — a popular destination — he says, “It was by surfing the Internet I met the first set of people I worked with in Dubai. I did not have to fly to Dubai to have meaningful conversations and strike a deal with them; so, the Internet is very instrumental to our business.”

Irrespective of the reach the Internet provides, one still has to ask what the cost of such a trip comes to at the end of the day, and then consider its affordability.

Recalling the time when Internet access was a luxury, Damola says, “To be honest with you, these packages were really expensive then.”

So, what changed? Access to the Internet alone cannot possibly be the reason for a drop in prices; if anything, a wider reach should encourage staying the course, improving services, and possibly increasing the cost of services with time.

But Damola says, “It is a game of numbers and the volume you have determines what your package will cost.”

Seeing as Internet access is not the exclusive right of any particular group of people, one begins to understand just how much competition there is in this space. A brief visit to the social media platform of your choice should reveal a large number of tour packages being advertised at ridiculously low prices.

Shedding some light on this, Damola says, “There are a lot of things that actually contribute to packages being more affordable.”

A realisation of how real the competition is makes one wonder how these companies stay in business when each day some company possibly has a better package on offer.

In staying with his Dubai reference, he says, “A lot of people go to Dubai and they have opened their doors to almost everybody, so the packages we get from them get cheaper.”

We can deduce from this that the overall cost of a package is partly determined by how good a deal tour companies can strike with their destination managers.

Tayo says the key is to, “Develop your niche and ensure you are giving unforgettable service.”

“What we do is to ensure that people get good value for their money, which I think is very important. We sell value majorly and when people are satisfied with what you give them they will come back and also refer you,” Damola says.

He goes on to say, “I don’t ever cancel trips.”

When social media and the Internet are not enough

Considering the heavy reliance on the Internet and social media to get the word out, one wonders what happens when the anticipated target number is not reached. This is important to examine especially because, with tour packages, deals are struck with destination managers before tour companies determine what the total package costs; this is usually a function of how many people they anticipate their ads will bring in.

In situations where social media engagement fails to produce a number of interested and paying clients to justify the discounted cost of a trip, the companies have had to bear the loss.

“We’ve had times where we put out a deal and did not get the required number of people; what we did at such times was to bring out money from our pockets to ensure that the trip happened,” says Damola.

Using an ongoing ad campaign for a Dubai trip, Tayo says, “We will try as much as possible to ensure we reach the [target] number because before arriving at the cost, we spoke to the destination managers in Dubai, and the airline, and paid 30 per cent upfront for the 30 people we have made arrangements for.

“If only 20 people register, we will have to pay for the remaining 10. This means we have made a loss. So, though a trip can be profitable for us if we have the volume required, we can record a loss if we do not make up the number needed. This is a large risk involved.”

Obviously, social media and the Internet are key to the profitability of tour companies in Nigeria.

The death of social media

Is it then safe to say that without social media and the Internet, tour companies as we know them today will go out of business?

Addressing the hypothetical situation where social media ceases to exist, Tayo believes, “Everyone will need to find a way to get their message across to their clients.”

Damola, who seems to have already set the wheels in motion, says, “…it might affect a few of us. But then, we are already putting measures in place so that once that space is out of it, we will continue to get relevance outside social media.

“One of the things we are doing is not just to be known on social media, we are beginning to approach corporates and make them see the reasons why their members of staff need to take a break, or maybe the end of the year/beginning of the year retreats.”

You might not be one of the dreamers earlier mentioned, but each time you come across a tour package on social media, you will be aware that a company’s success might very well be dependent on how you interact with that ad.

I love love and a little peace and quiet. Send me a message on Twitter (@ipreciousmogoli) or an email at precious@techpoint.africa.