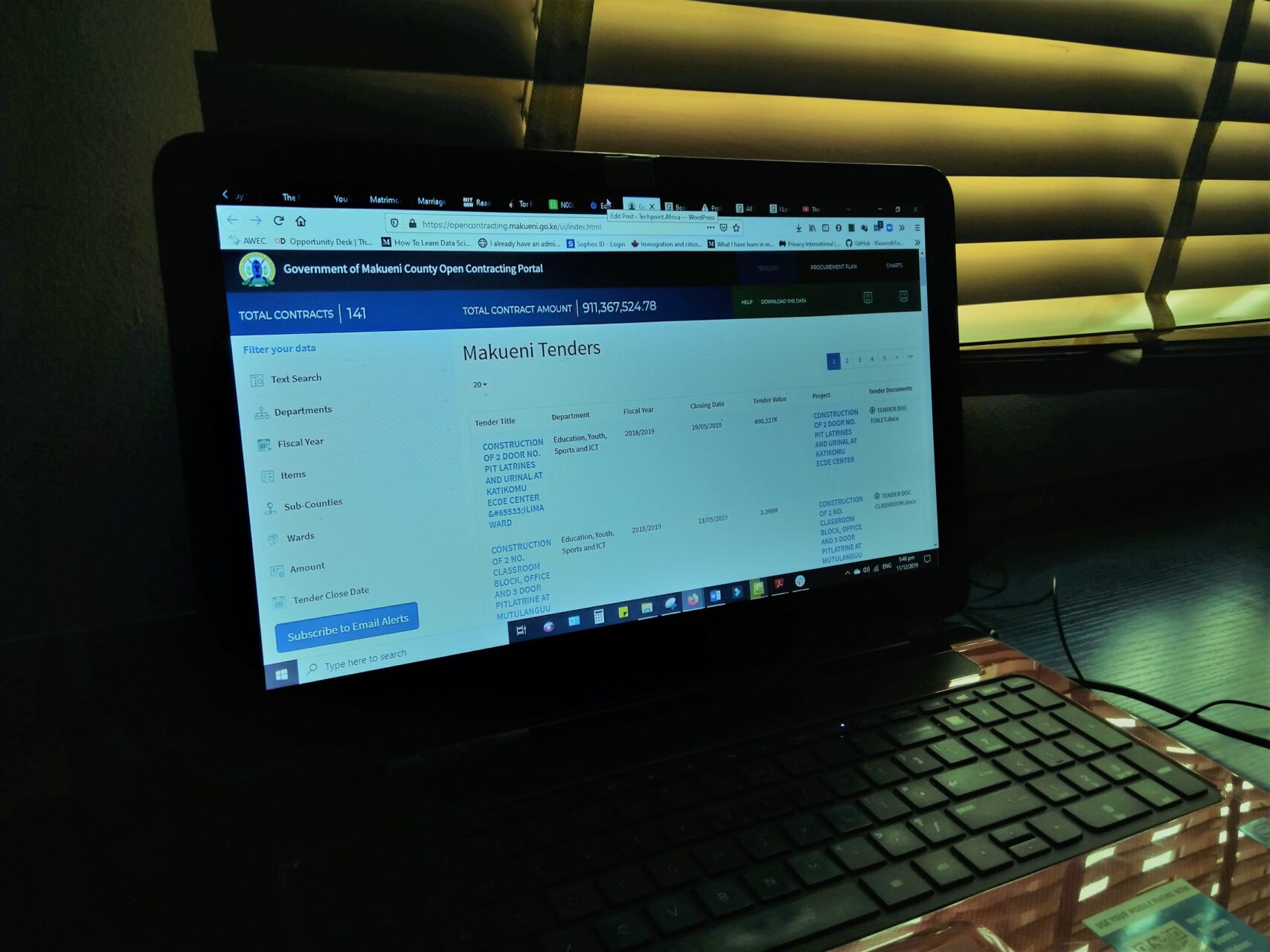 The first online subnational governmental open contracting portal has been launched by Makueni County in Kenya.

Officially launched to commemorate 2019’s International Anti-Corruption Day, the online tenders portal has been lauded by government officials and others alike as a step in the right direction to curb corruption and allow for transparency in the tenders’ bidding process for the community.

The Cabinet Secretary for Ministry of Information, Communications and Technology Kenya, Joe Mucheru, congratulated the county for its initiative as a means to encourage transparency in its governmental processes.

“With open contracting Kenyans will be able to access information on tendering, including the directors of the companies awarded tenders,” said Mucheru.

Though lauding the initiative of the government council, it appears that none of the contracts listed on the portal is current. As seen from the screenshot of the website, the latest tender listed expired in May 2019 – almost 6 months.

The last valid contract expired in May, 2019

This, though, does not seem to deter the Kenyan government from supporting this digitalised initiative.

“The government is willing to partner with Makueni county in open contracting and set a role model for other counties to emulate,” Mucheru said.