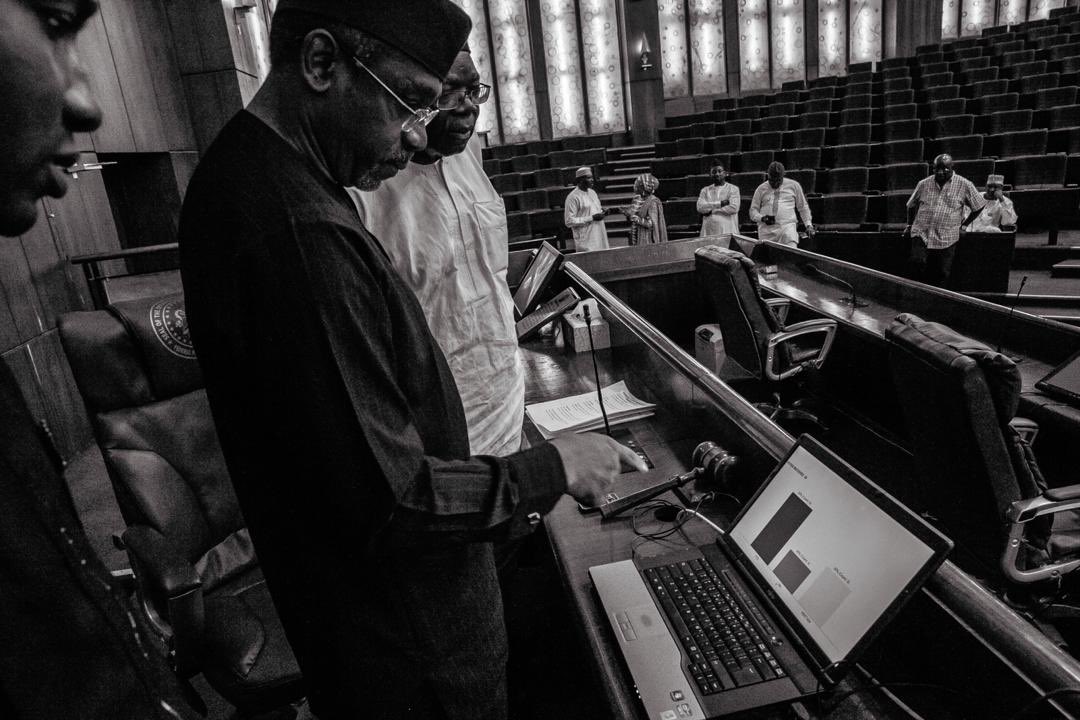 According to the United Nations’ E-Government Survey 2018, Nigeria is rated ‘medium’ on the E-Government Development Index (EGDI) ranking, scoring between 0.25 and 0.50, while no African country is ranked in the very high EGDI — a score greater than 0.75.

In what seems to align with the EGDI ranking, except for the likes of the Federal Inland Revenue Service (FIRS) and the Federal Road Safety Commission (FRSC) that allow Nigerians to access their services online, most of the country’s government agencies don’t have a citizen-facing online platform.

Speaking during the recently held eGovernance conference in Lagos, the CEO of Internet Exchange Point of Nigeria (IXPN), Muhammed Rudman, highlighted the factors are responsible for Nigeria’s inability to fully adopt e-governance.

One of the factors according to Muhammed — who is also the president of Nigeria Internet Registration Association (NiRA) — is secrecy.

“Most governments are concerned about access to government information if they put it online,” he affirmed.

In line with Muhammed’s assertion, a majority of state governments in Nigeria don’t publicise their annual budget.

Another factor highlighted by the Nigeria internet exchange CEO is lack of infrastructure.

As Muhammed pointed out, a couple of journals have hinted that technological difficulties, such as lack of compatible ICT infrastructure among government MDA’s, impedes the implementation of e-governance.

This lack of infrastructure hinders the sharing of information among government MDAs.

Apparently, this is not limited to Africa. The June 2018 edition (PDF) of the International Journal of Managing Public Sector Information and Communication Technologies (IJMPICT) listed lack of infrastructure as one of the main barriers to e-governance success in Jordan.

Other barriers listed in the journal include security, privacy, and a lack of resources, among others.

The other factor that Muhammed believes is hindering e-governance in the country is system interoperability. In May 2018, the National Information Technology Development Agency (NITDA) released the first version of the Nigeria e-Government Interoperability Framework (Ne-GIF).

The Ne-GIF is one of NITDA’s critical steps targeted at achieving government digital transformation. The goal of the framework is, “to ensure services that require two or more MDAs’ business processes are delivered seamlessly and at an affordable cost, using Information and Communication Technology.”

The Minister of Communications and Digital Economy and former NITDA director-general, Isa Pantami, in his foreword for the framework, pointed out that the government has successfully deployed a few e-government solutions like Treasury Single Account (TSA), Integrated Payroll and Personnel Information System (IPPIS), and Bank Verification Number (BVN), among others.

Suggested Read: The Federal Government wants to automate the payroll of the Nigerian Civil Service

He also explicitly stated that, “the difficulty of integration with other relevant e-government solutions vis-à-vis citizens’ increased demand for better and efficient service delivery, has clearly amplified the challenges of operating silos systems.”

According to Muhammed, what is really pushing e-governance is globalisation and Internet access. He also pointed out that the cost of Internet access remained relatively high in spite of the presence of five broadband submarine cables in the country.

Even with the wide coverage of the major telecommunications operators in Nigeria, accessing the Internet in some parts of the country, mostly the remote areas, is still a major challenge.

This implies that Internet access will be a scarce commodity for government Ministries, Departments, and Agencies (MDAs) in those areas.

According to Muhammed, the use of information communications technology in governance will help reduce cost while also improving the quality of service delivery. He also claimed that it will encourage citizen participation in governance.