Social Media Roundup: How Bovi is breaking the bro code 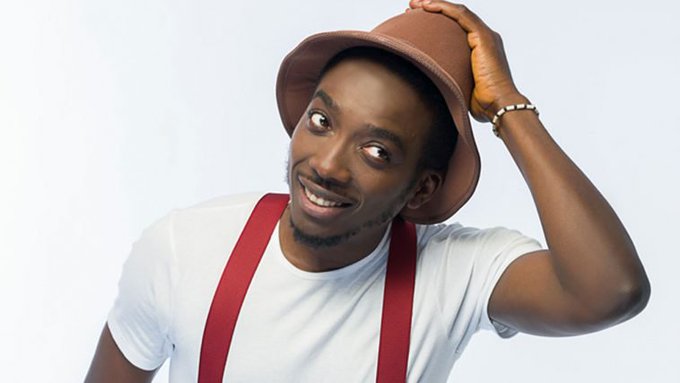 Ahead of his 40th birthday coming up on September 25, Nigerian comedian Bovi decided to prank his friends, “just because.” Bovi who has now released two out of the eight prank videos he promised enlisted the help of his wife to trick some of his close friends.

Watch the videos below.

Bovi and his wife pulling off a prank on ANOTHER friend. https://t.co/PEgK41o5iA

Bovi has desecrated the Continental grounds. You don’t conduct business in the premises by joking with critically sensitive sanctuary code preserved by men of honor for eons. You are hereby excommunicated effective immediately. Signed— League Of Extra Ordinary Gentlemen 😡 https://t.co/aJ78VyKKcf

What would have happened if Mohammed had said " shebi I don tell you say make you free that small girl before as you get better wife for house" , would it still be a prank to Bovi?

Not smart from Bovi. Disappointed and Surprised. https://t.co/Sp9EnX9Zj2

“It will end in tears”

These Bovi phone skits where he’s pranking his friends with his wife are funny but one of them go soon enter one chance and overdo or misyarn and stories go begin touch like fake charger.

These bovi skits won't end well if care is not taken..

This Bovi prank Yeah….it will end in tears.

Feel like Bovi has done a very stupid thing sha. He has, without prompting, made sure his wife never trusts what his friends tell her about him. Can't see how that has any good ending.

Bovi had the mind to do that prank video because he doesn't have any skeleton to hide, but you people are not ready for that truth

Bovi was bold enough to pull that prank in the presence of his wife because he doesn't have any skeleton in the cupboard. Another proof that Nigerian men don't cheat.

Reacting to Tinny’s post, former Tinny Entertainment artiste Ycee revealed that none of the artistes that contributed to the streams were paid by the label, among other things. Read it below.

The nerve! The audacity! 🤮

Juice was so big , Ycee and Adey got nothing … Mehn I’m still mad

Like I said I only came out now to save other upcoming talents from falling victim to this man. Cos Lord knows if I had voiced out earlier … Bella Alubo, Dapo Tuburna And Damilare would have not experienced all they did in that Label

For people that wonder why Late Night Vibrations was poorly promoted 👇🏽 pic.twitter.com/evj1jqdU0f

Crazy as it sounds , YCee didn’t make a dime off juice ; Na where the thing start to de pain me

Ain’t Nobody Badder Than!🙌🏾 Glad you’re done with that narcissist. The world is yours now you’re in full control of your mighty vessel @iam_YCee

I need y’all to send nothing but POSITIVITY to @iam_YCee ‘s way 💛… SUPPORT the bro HARDER than you have been… It’s LEVEL UP SEASON…. God has got you champ! 🏆💪🏽

Thank you for providing the space for this conversation that people won't normally have. @iam_YCee #ycee https://t.co/fNIyMiQwdD

those of you eating off other people sweat
An artiste will generate money and income for a label you will give him little or no dime
Same thing happened with kizz Daniel, wizkid now ycee
Fuck you if you are a record label owner and you don't pay your artiste

See all ycee was going through and I remember how sometimes he had to reply stupid key pad warriors that would come to his mentions to tell him that his music is trash, or he’s now a dead guy and say all sort of hurtful things, we’re so insensitive we don’t know wtf people go tru

The public saw Ycee as the bad person when he parted way with Tinny entertainment but they are still feeding off his streams. @iam_YCee deserves to be angry

Asamoah Gyan is going to India

Ghanaian professional footballer Asamoah Gyan is joining the India Super League as he heads to the Asian country to play for NorthEast United on a free transfer. The former Ghana national team captain formerly played for Turkish Super Lig side Kayserispor.

"I am extremely excited to start this new chapter in my career."

Ghana's most capped player and record goal scorer has a new club.

Asamoah Gyan loves to Indian Super League side NorthEast United. 33 years and a decent way to wrap up a fine career.

Asamoah Gyan loves to Indian Super League side NorthEast United. 33 years and a decent way to wrap up a fine career.

When Asamoah Gyan scores in the India league.

Earlier this week, the photo of an event banner said to be organised by the National Association of Geography Students, University of Lagos (UNILAG) chapter was making rounds on social media.

Apparently, the organisers of the event invited chieftain of the National Union of Road Transport Workers (NURTW) in Lagos Musiliu Akinsanya popular called MC Oluomo as a special guest. Now, since MC Oluomo is generally regarded as a “tout”, the banner as expected, caused an uproar on social media.

I woke up to this MC Oluomo brouhaha this morning. Hahan. Guest speaker and special guest are two different things entirely. Let's be guided edakun pic.twitter.com/hqssxCzbUU

Do y'all know Mc oluomo is not the NURTW chairman in Lagos. They just appointed him as caretaker Jus last month. He has been the treasurer for NURTW for the past 8years.. The immediate past chairman is name Tejudeen Agbede. Mc oluomo Jus happened to be more popular than him

It appears most of you don’t even know who MC Oluomo is! He is not the one in suit and tie. You are calling someone illiterate but you cannot differentiate between a special guest and a guest speaker!! Even if you must drag everything drag with some intelligence. pic.twitter.com/XLBepY5BWA

One of the major issue with Nigeria is the fact that we feel formal Education is the only way. MC Oluomo doesn't have to be a graduate or educated before he can deliver a speech. Transport business in Nigeria(Lagos especially) is thriving and he is an authority in that aspect. https://t.co/NEo5GymMKo

People are criticizing Unilag 4 inviting MC Oluomo as a Special Guest to an event which is based on transportation.

Firstly,McOluOmo is the chairman of NURTW in Lagos State ,so he def knows one or two about transportation,
Because he isn’t a graduate doesn’t make him a dullard.

MC Oluomo has no business in this kinda gathering.
Unilag just proved to us that education is a waste of time.

He is good at whatever he is doing as NURTW Chairman….still a thing or two to learn from him.

Moreover…Unilag has a lot of potential thugs..🤣😂

So catch them Young…

What did you expect?

I don't know why you people are angry at MC Oluomo being invited as a guest speaker at the university of Lagos o. What did you expect in a country that a certificateless man like @MBuhari is a president? Anything goes here guys, be calm abeg.

MC Oluomo to appear as a special guest in University of Lagos
I don't know why people are acting surprised & complaining, or this is not Nigeria anymore?, if we are still in Nigeria, anything is possible. Evans can one day be special adviser to FG on how to stop kidnapping also.

MC Oluomo is a god in Lagos state. Well I'm not surprised, Omo Agege is our deputy senate leader.

God is punishing us now with tough leaders. Can we find a Moses to deliver the children of Israelites from the Pharaohs???

They are prepping you people for MC Oluomo as Governor in 2027 & you people are complaining. You think he is an illiterate, Has he shown you his Affidavit? Get used to seeing his Face because you will keep seeing it dears 🙂

MC Oluomo is being positioned for Lagos State Governor. There’s a PR machinery building a new image of him. The other time was the pictures with a governor of an American state at some award with his son. Recently many posters around Lagos thanking NURTW for their support. https://t.co/8IqY4HZkU3

There are retards supporting unilag inviting MC Oluomo as a special guest. They live among us and look just like us, some of them even have verified accounts and you listen to them for "guidance". SMH; This country disgusts me.

Transport department of UNILAG invited MC Oluomo who is the NURTW top Dog to come speak at an organized event and you feel he’s not worthy enough?

Some of you are just clout chasers and stupendous ignoranmus set of people.