How long will the ceasefire between Uganda and Rwanda last? 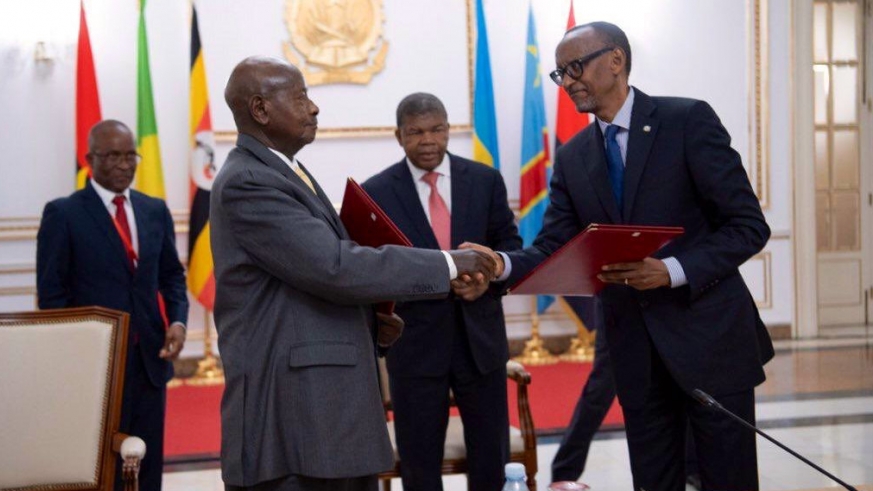 The recent diplomatic disputes between Uganda and Rwanda, which saw each country block the other’s media websites, has resulted in the declaration of a ceasefire.

The presidents of both nations earlier in the month signed a Memorandum of Understanding (MoU) to refrain from taking actions to destabilise the other in Angola.

Shortly after the ink dried, the Uganda Communications Commission (UCC) ordered Internet Service Providers (ISP) in Uganda to block Rwandan news sites it deemed were spreading propaganda against the country.

The Rwandan government’s retaliation was swift and Ugandan news sites were subsequently blocked, much to the approval of Rwandans.

You of all people should know the difference between cause & effect/consequence. We don't get slapped and offer the other cheek. No apologies.

Eventually, a ceasefire was called to honour the terms of the MoU that was signed a day before UCC blocked Rwandan news sites. All of this occurred in the space of 4 days.

Tensions between the two nations — present as far back as 2017 — came to a head due to months of accusations of espionage, attacks on trade, and spreading propaganda against each other.

In a statement after the incident had been resolved, the Director General of Rwanda Utilities Regulatory Authority (Rura), Patrick Nyirishema stated:

“We are on a positive footing and are having good discussions. Actually they [Uganda Communications Commission] were the first to say let us resolve this and get it over with. And we are in total agreement.”