Months after rumoured expansion to Lagos, there is still no SafeBoda 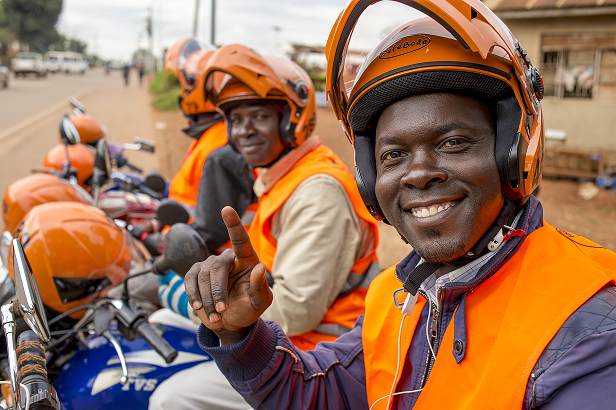 Recent talking points within Nigeria’s online space have no doubt centred around the motorcycle hailing industry.

Gokada raised $5.3 million in a Series A round led by Rise Capital while MAX raised $7 million funding round which was led by Novastar Ventures, with participation from Japanese manufacturer Yamaha.

But these two players aren’t the only ones eyeing expansion. Opera, the Internet company best known for its Opera Mini browser, recently launched ORide in Lagos, after nearly a week of testing the service.

ORide’s launch follows Opera’s plan to spend $40 million developing digital services in Nigeria, including its flagship product, OPay with features that cater to a range of lifestyle demands including food order and delivery, utility bills payment, cash access and more.

These activities are indicative of a certain competition for market adoption in Africa’s biggest city, with both Gokada and MAX.ng taking a further swipe towards diversification by launching out boat services.

But in all of these actions, one player appears to be missing from it.

To back this expansion, SafeBoda secured an undisclosed Series B round co-led by Indonesia’s ride-hailing company GOJEK and Allianz X, the digital investment arm of global insurance group Allianz.

The funding particularly came at a time when SafeBoda was looking to explore other markets, following its smooth expansion into Kenya about a year ago and Lagos seemed like the market of choice.

Time has however passed since the early trumpet of such expansion, and there is still no sign of any launch.

Anonymous information reaching Techpoint tails the plausible delay of SafeBoda Nigerian launch to a non-completion of their last Series B round, owing to disagreement with investors on what product to go to market with. The information emphasised on SafeBoda investors insistent on employing the aggregation model, which presumably isn’t the best for the Lagos market.

It is hard to corroborate this information. Especially with Co-founder, Alastair Sussock assuring in an email enquiry from Techpoint that the launch is still on cause, although insisting that SafeBoda never directly issued a public statement about a Nigerian expansion.

Regardless, whether or not there is a product-market fit problem truly preventing SafeBoda’s Nigerian launch is something worthy of consideration.

Market fit for SafeBoda or not

In Lagos, Gokada and MAX.ng essentially secures their drivers through what is called asset financing contracts. What that means is that they rent or lease their high-powered bikes to riders who pay back periodically.

This model saves riders the headache of saving up front to purchase the asset. On the other hand, SafeBoda’s model is different as it target riders who already own motorcycles to get signed up to its platform.

In Uganda and Kenya they’ve had to implement trainings for riders. Likewise, the bikes undergo inspections before being unboarded to its platform.

But unlike in these markets where regulation doesn’t impede their operations, regular 100cc bikes (aka Okada) are not allowed to ply certain routes in Lagos.

The primary reason why commuters in Lagos use either of Gokada, MAX or even ORide is to beat traffic and since regular 100cc bikes have regulatory laws preventing their movement on certain routes, they can’t help one to beat traffic; hence no real value for commuters.

Another concern is with regular Okada riders and their lack of disposition towards the use of smartphones.

In an age where bike-hailing startups are driving Internet penetration by proliferating the adoption of smart technology, startups like SafeBoda is no doubt making Okada-on-demand interesting.

However, the reality is that most Okada riders do not have — or can’t use — a smartphone. From a business perspective, SafeBoda is at a disadvantage because, like Uber, it charges riders for using the platform (that is to say, riders pay a fee per trip gotten through the SafeBoda app) which invariably translates to riders having a smartphone.

Considering these facts, it’s hard to imagine a safe landing for SafeBoda when it finally berths in Lagos.

On the other hand though, the bike-hailing startup offers not only transportational services but financial as well. A typical example is in giving loans to its drivers, thus boosting financial inclusion drive.

A thing is that GOJEK’s investment arm, Go-Ventures contributed to SafeBoda series B.

And going by how the alignment of both transportation and financial services has contributed to GOJEK dominance in Southeast Asia, it could yet leave a possible twist in the fortune of SafeBoda in Africa’s biggest, Lagos.

For now though, nothing is certain and the question remains; where is SafeBoda?