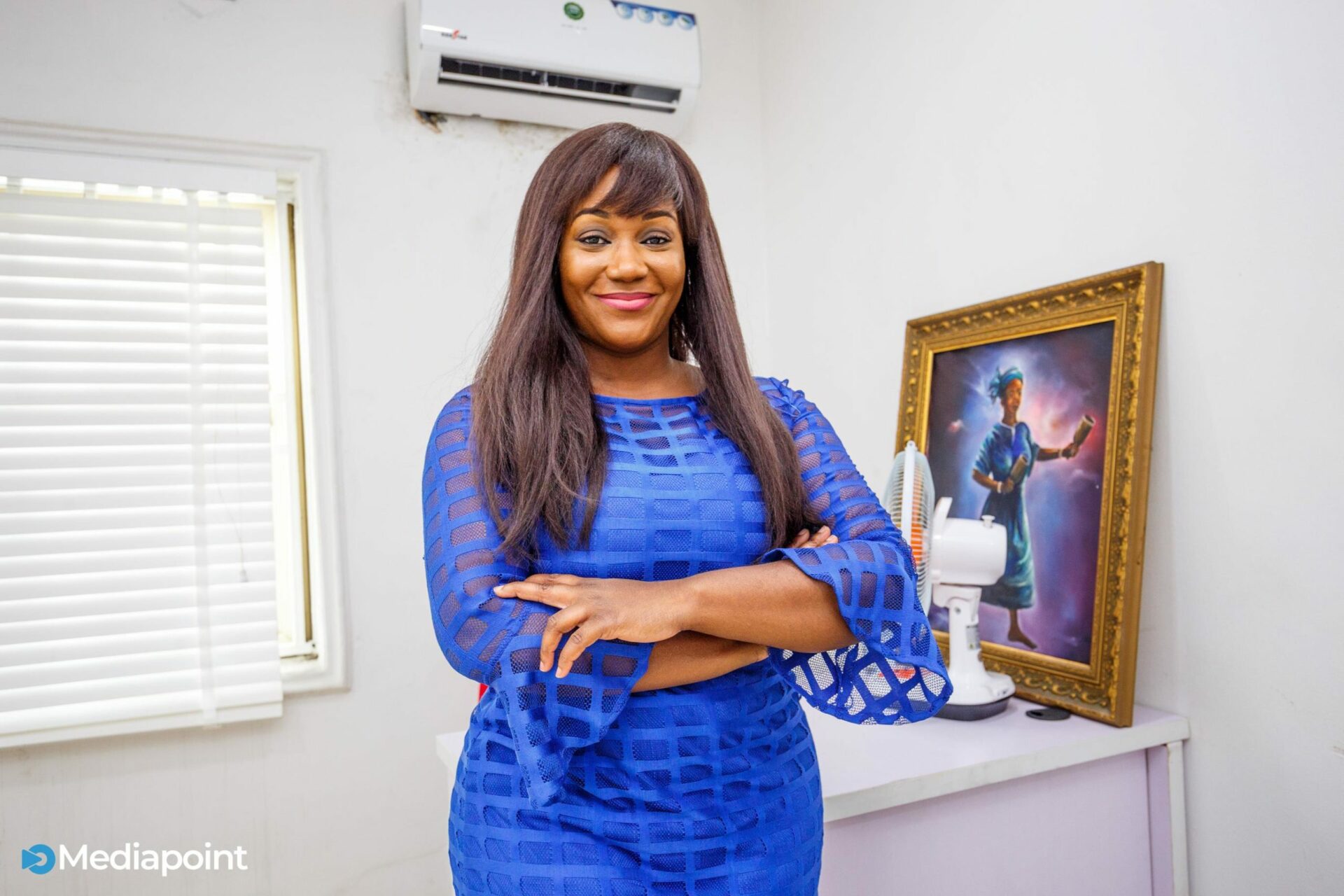 When you hear the words “online dating”, one of the first things that probably comes to mind is the opportunity it gives people to meet potential partners, beyond their immediate reach.

While a lot of people have been lucky enough to meet their “perfect matches” on the Internet, many more have only disappointing and sometimes horrifying tales to tell of their online dating experiences.

This has led to the argument that many dating sites do not have the ability to accurately match you with someone you’ll develop a connection with. You’ll get a match quite alright but the question is, can mathematical algorithms create good love matches?

Suggested Read: Imagine being matched with your soulmate based on your browser history

If you ask Nigerian dating coach Didi Warmate this question, she’ll tell you that using algorithms to match people is easier and faster but a more personalised approach will give better results.

This personalised approach to matchmaking is how Didi runs Lagos Matchmaker, a privacy-focused matchmaking platform for singles above 25 years of age.

Her passion for matchmaking started as far back as her secondary school days where she tried to matchmake some of her classmates.

Even though this secondary school project didn’t work out because many of the subjects didn’t like the people they were matched with, Didi went on to continue playing Cupid to her friends long after secondary school.

“Since I already enjoyed doing this, I decided to go further by making it more than a hobby. I took a couple of courses on relationships and dating in the US to get certified and to understand it better,” she told Techpoint during a chat recently.

And so Lagos Matchmaker was born

In the early days of Lagos Matchmaker, Didi took her time to understand the Nigerian dating scene having spent most of her time in the US.

She began in 2009 by matching a few of her close Nigerian celebrities friends who wanted to keep their dating lives away from the public eye. This informed the privacy feature which Lagos Matchmaker now prides itself of.

From celebrities to regular folks who were referred to by other people who had successfully been matched with potential spouses, Lagos Matchmaker began to match more people whose main goal of signing up was to get married.

Even though getting people to sign up at the time was somewhat difficult, Didi says these first set of users had the best experience of the service.

“The number of users was not as much as it is now so I was able to work with each of them. I think we got results a bit faster then too and we had a lot of marriages happen so fast.”

In the early days, anyone old enough to date could sign up for Lagos Matchmaker but realising that people are more serious about setting down at a certain age, the entry age was set to 30 and then to 25.

In 2015, Lagos Matchmaker became an official dating platform and the staff grew from just Didi to a team of six (mostly contract staff) who help match people from across Nigeria and other parts of the world with ideal matches through an online platform.

“On the platform, we had an open database of various user profiles where people can make their choices on possible matches based on information displayed on their profiles like tribe, age and alma mater. It also had a chat feature.”

As expected, this online platform only resonated with the younger user demographic. Unlike this group, the older users still preferred the hands-on and personalised approach that Lagos Matchmaker began with and so Didi had to discontinue the use of the online platform.

Even though the Lagos Matchmaker name suggests that it only helps match singles in Lagos, it actually has many users from places outside of the city including Abuja, the US and the UK. Didi says there also one or two users from Germany and Dubai.

“Most times, after a month or at most two, people find what they are looking for. We have never really had anyone who subscribed for up to three to four months, unless the person is difficult to please.”

According to Didi, the regular level has the most number of users and so its members are not vetted. Members in other higher levels are however always screened before onboarding.

Signing up on Lagos Matchmaker

For many new users of the platform, the first point of call is usually the Lagos Matchmaker website or its Instagram page.

“We have a lot of WhatsApp numbers on our pages so once you reach out to us, we send you details of our membership levels so that you can decide what best works for you.”

“Some people come with their specifications but for younger people, we advise them to opt for the Regular and Pre-elite Levels while we advise older people to sign up for the Elite and VIP Levels because that’s where we have single mums and dads as well as divorcees.”

When all of the details of each level have been communicated to the interested party, they are required to provide basic information by filling a form. It is at this point that users are vetted, aside from those interested in the regular category.

Members then proceed to set up their profiles and give information about their preferences so that Didi and her team can help them find suitable matches.

Once Didi and her team get all the details they need from the users, they get to work trying to narrow down the matches manually.

“Sometimes, a person might not know exactly what they want, they just want someone from Anambra, for example. We have a long list of people who are from Anambra so we have to start by breaking it down based on what they want and what we see as fit for them”

The team also matches people based on their personalities. According to Didi, if a user is discovered to be very shy and quiet as gathered during the vetting process, they try not to match such a person with someone who has a similar personality unless there’s a stronger connection between both parties and their preferences.

At this stage, each user gets a minimum of three matches and a maximum of eight, depending on the situation. This, according to Didi, is to enable them to experience more than one option and then decide on the best fit.

“Once they are matched, we make the guys call the ladies first. We’re very old school like that. We send the guys all the details of their matches and they initiate a conversation. We then make sure the ladies follow up on the conversation. This process is very hands on as we give advice along the way.”

With a little over 200 monthly users of the Lagos Matchmaker service one cannot help but wonder if this approach is scalable.

However, Didi is confident that it can definitely be scaled beyond what they have now, even though she is open to automating the process for members on the regular level only.

Didi names finding the right people to join her team as one of the biggest challenges she faced in the early days of building Lagos Matchmaker. Another huge challenge she faces, even till date is explaining the concept of Lagos Matchmaker to people.

“We keep trying to patiently explain to people over and over again that we are focused on the dating aspect and not the relationship aspect. That is the first, second and third dates before going into a relationship. We also have to explain to some people that we cannot help them find sugar mummies or a quick hookups. The goal for us is to help you find a spouse.”

Despite these challenges, Lagos Matchmaker has been able to scale over the years, mostly with the help of referrals first and then Instagram. It also reaches more people by organising periodical speed dating mixes which are also very hands-on.

Hopes for the future

In the nearest future, Didi hopes to get more people outside of Nigeria to sign up on Lagos Matchmaker.

“We’re trying to look for Caucasians to sign up because a lot of Nigerian are looking for white partners and we currently have only a few of them.”

Didi hopes that someday, everyone that signs up on the Lagos Matchmaker gets what they want.