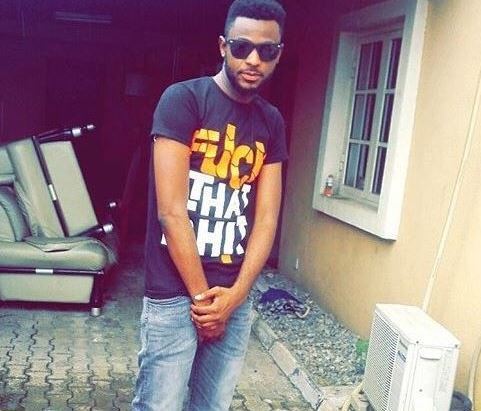 On Sunday, March 31, a young man was accidentally shot dead by two officers of the Nigerian Police Force’s Special Anti Robbery Squad (SARS). Apparently, the young man, identified as Kolade Johnson was trying to help another man being harrassed by the officers when the incident happened.

A Nigerian, identified as Kolade Johnson, was shot and killed by operatives of the Gbagada division of the Special Anti Cultism Squad (SACS) of the Lagos State Police Command while watching a football match on Sunday, March 31, 2019.#PulseWochitNews pic.twitter.com/8w57Qyac2J

This is Ismail, the guy that was being harassed by Inspector Ogunyemi Olalekan & Sargent Godwin Orji of Special Anti Cultism Squad, when Kolade Johnson & others apparently intervened.

I'm sure he was targeted because of his dreadlocks. The usual SARS modus operandi.#EndSARS pic.twitter.com/Q8le4hod5j

Did you note Mr Nana's testimony? He said Kolade Johnson was shot twice.

Now, listen to Inspector Ogunyemi Olalekan, the man who shot Kolade Johnson to death twist the facts of what actually happened. Listen to him lie shamelessly & blatantly on national TV! 💔💔💔#EndSARS pic.twitter.com/CDI9nW3CYm

I acknowledge the genuine outrage from citizens and Civil Society groups regarding the activities of SARS. As you’re aware, the Suspects in the Kolade Johnson killing are in custody. When the orderly room trial is concluded, indicted officers will be prosecuted in court.

My sincere condolence to the family of Kolade Johnson.

I commend @PoliceNG for their swift action but this is a very unfortunate incident that should never have happened.

My Kaylo Boy is gone! My 'Lion' … my chef… my precious Kolade Johnson… I'm so sorry it ended this way… I'm sorry i wasn't there to stop the bleeding… I'm sorry the government failed you… I'm sorry 💔#EndSARS pic.twitter.com/N0wsMQrYUK

RIP Kolade Johnson. Young men can no longer be young men in our country

Kolade JOHNSON will not die in Vain. 😞 pic.twitter.com/8kCruRiz9q

If you are in Akure join us tomorrow by 9am for the #EndSARS #ReformPoliceNG sit out rally.

The killing of Kolade Johnson by evil men of SARS should unite us; every young Nigerian, every region should speak up now, let's #EndSARS

Dreadlocks is not ammunition, Laptop is not weapon, using iPhone is not crime #Endsars pic.twitter.com/DTMFIO8vaX

Na dressing we just dress we no de thief #EndSars

ON MY RADAR: Ogunyemi Olalekan, the Police Inspector dismissed for Killing #KoladeJohnson in the Mangoro area of Lagos on Sunday, has been arraigned today by Lagos State Police Command before a Chief Magistrate Court in Ebute-Metta for Murder. #EndSARS cc @Gidi_Traffic pic.twitter.com/7nCoq1HxQG

Some issues that’s been popping up lately, so I decided I’ll just rap about it a bit. Here’s my @iamkissdaniel #FvckYouchallenge #EndSARS pic.twitter.com/adT7GRvxWG

Last month, popular Nigerian susperstar Kizz Daniel released a new single title Fvck You. To promote the song, he started a Fvck You Challenge on social media encouraging people to record and release a cover of the song.

Since the challenge begun, popular musicians as well as up and coming artistes have jumped on the trend. Some great, others, not so much. This week, we had a couple of entries.

1. This is a work of fiction
2. Nigerian men do not cheat

Victoria Kimani’s cover had everyone talking

I feel attacked on her behalf 😭😭😭😭😭😭😭 pic.twitter.com/OMgLZVgX58

Music acts will never learn that dissing another act superior to you can bury their career in a flash in the industry…. Dammy krane tried it with wiz, now victoria kimani, person wey never even blow..

Victoria Kimani should marry black face. The chemistry will be mad 😂. #FvckUChallenge

Think about Zamfara and SARS. Do you think he hasn't done it? In fact, he did the #fvckuchallenge before you even thought of it. https://t.co/cvCnlssTS4

Hope this Fuck U challenge has finally stopped

Visit Kizz Daniel’s Instagram page to see more entries. Do you have a favourite yet? Let me know in the comments section.

Trevor Noah is trending in Nigeria

Host of The Daily Show, Trevor Noah recently mocked Nigerians based on claims by Audu Ogbeh, Nigeria’s minister of agriculture that Nigerians order pizza from the UK.

Some Nigerians didn’t find it funny

Trevor Noah has never and can never make me laugh

Attack the man that said we import pizza from London with our phone and leave Trevor Noah.

Trevor Noah jokes about Trump, you open your teeth, does same to some old politicians in Europe, you display your 32…now he is mocking your analog minister and president, he is no longer funny…oga abeg go and watch papa ajasco if you want to laugh.

I have said it before, let me say it again: If you don't find Trevor Noah funny, it's not the fault of his jokes. It's your IQ.