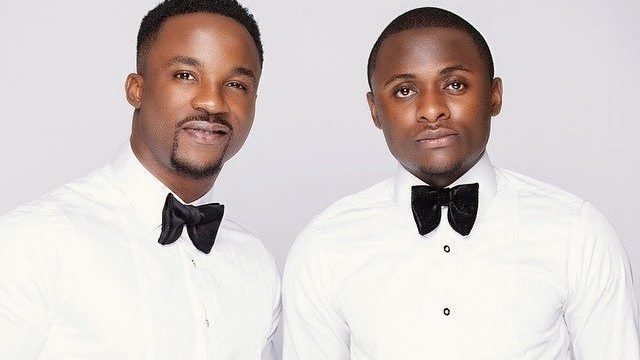 The first of the 3-part story published on Tuesday, sheds light on the ongoing rift between popular Nigerian musician, Iyanya and Ubi Franklin, both the founders of Made Men Music Group (MMMG) popularly called TripleMG. Read it below.

For ⁦@NativeMag⁩: 8 months ago, I received two phone calls. Ubi Franklin has been beaten up, and Iyanya wants to pour out his soul. What follows next is pure intrigue and the dark soul of the music industry. This is Part 1. 2 and 3 coming tomorrow. https://t.co/XYpcScvePT

The following two parts tell the story from the angle of both parties, highlighted in an unedited interview. Spoiler Alert: Part 2 which is Iyanya’s interview is in 99% pidgin. Brace yourself.

Final Part (3) on @NativeMag: Ubi Franklin has been at the center of everything Iyanya and Emma Nyra. He calls me when he hears I have a story coming out, and here is his reason and defence against every and everyone.https://t.co/oYLT1xdwVu

If you’re still not convinced that you need to commit time to the story, read some snippets below.

Ubi Franklin said if Iyanya talks too much he will release the list of Lagos married women he has slept with.

Nah. Ubi Franklin is a demon. What a fraudulent short man. pic.twitter.com/qkM0lyM3zt

Ubi Franklin is shameless and that’s why he couldn’t directly answer if he beat Emma Nyra or not. He so clearly did. Disgusting. pic.twitter.com/PmBQZQ2apf

Ubi Franklin comes out as the bad guy in the story

Lmfao this Ubi Franklin not only looks dubious, he talks like a dubious person too 😂😂😂

Ubi Franklin wants you to believe that Iyanya, who was bringing in 10s of millions per month as the only real viable act on MMMG, wanted nothing to do with the company's establishment/ownership. Lol.

Some people believe Iyanya is the problem

Wow! I'm amazed at the way Ubi Franklin counteracted every allegation Iyanya levied against him with proof..👌

Listened to both sides of the story, and I don't think Iyanya has any case against Ubi.

🤔..for real Artist management is much more complicated than I thought.

I'm sad and also relieved for Emma Nyra. I remember when the news about the violence came out and everyone shut her down; even her team mates didn't stand up for her. Now, I'm glad everyone knows the truth.

But Ubi Franklin is funny, how can you say Emma Nyra should come out and speak for herself, when you know clearly she’s bound by the NDA you gave her to sign.

I think Iyanya vs. Ubi is like a case of a talented software engineer who is only interested in coding but not the business and legal side of things. Some start-up CTOs just want to code. Wake up!

“Did you remove Iyanya from the CAC documentation”

“Ask Iyanya about Yvonne Nelson. Iyanya has debt of 60 million. I will bring out all the married women in this country Iyanya has slept with me I’m not afraid of anything”

Iyanya needs to drop the album they’re doing all this PR for.

Read more reactions here. People still want to hear Tekno, Emma Nyra and Baci’s sides of the story, I know I do. While we wait, keep reading this roundup for other trending topics on social media this week.

Vic O, Nigerian controversial artiste and self-proclaimed “best rapper in the world” made an important announcement on Twitter two days ago. He will be releasing a new single titled Bella this month. But that’s not the important part of the announcement.

Get this, Vic O will feature Speed Darlington, another controversial artiste.

I just finished recording my song today ft: @SpeedDarlington so its dropping soon..
To be precised dropping this month…
So are y'all ready ?? pic.twitter.com/Z8lMwu6qvC

What's up my beautiful people? Well… The club banger that y'all have been waiting for is about to drop…. #BELLA BY VIC.O FT: SPEED DARLINGTON! it's dropping this month so y'all wait for the link….🇳🇬🇮🇹🇦🇺 2👑 kings… 🎤🔥🔥🔥💥
–
–
– – 🔥🎤🔥💥👑 pic.twitter.com/eDTFbZwTTT

This is a big deal because beyond the social media hype, both artistes individually make “not so great” music (their confidence is what creates the hype by the way). Together, on Bella, we expect nothing short of shocking.

Speed Darlington and Vic O on the same track.
I don't know but if negative multiplied by negative equals positive, this is about to be a banger.

Wait what? Speeddarlington and Vic O are making a song together? Are we really ready for this energy?

Vic O and Speed Darlington dropping a fire track this month. God safe our eardrums from what's coming to scatter it. 😭😂

Vic O is dropping a mad jam with Omo Babalawo. God if this is a sign of your next coming, I pray I am worthy of your kingdom. End time things.

😂 😂 😂…what is more than atomic bomb…Vic O and Speed want to kill us….God safe us.

VIC O and speedy darlington on a track??! pic.twitter.com/3xixmvVt4B

Vic O and speed Darlington? ?? Oh gad!!! My mama told me music will finish me one day…I never knew this was what mama meant o pic.twitter.com/NtT6dfDjzW

Bants aside, VIC O is an OG.

Popular Congolese musician Koffi Olomide was on Monday handed a two-year suspended prison sentence by a court in France for the statutory rape of one of his former dancers when she was 15.

The singer reportedly received the sentence in absentia as he failed to show up. He was also accused of assaulting four of his former dancers multiple times between 2002 and 2006.

“The women further alleged they were held captive in a villa outside Paris and escaped one night in June 2006, but did not return home to DR Congo for fear of reprisal,” reads a BBC article.

Congolese musician Koffi Olomide has been sentenced to a two-year suspended prison sentence for the statutory rape of one of his former dancers when she was 15.

Koffi Olomide is a fucking rodent. 😡

The way he had no shame beating up his dancer in front of the whole world; imagine what he can do when no one is watching?? He has no respect for women. They're objects to him. #KoffiOlomide

It all started last week when Deji Adeyanju, Nigerian activist, convener of Concerned Nigerians and member of the #OurMumuDonDo movement announced his resignation from the group. See tweet below.

I have resigned my membership of Our Mumu Don. I no longer have confidence in the leader of the movement, Charly Boy. He betrayed the cause while I was away in prison and compromised with the oppressors. Thank you.

This week, an audio recording of Charly Boy, the leader of the #OurMumuDonDo movement admitting to collecting money from Festus Keyamo — Spokesperson of the All Progressives Congress (APC) Presidential Campaign Council — for a song he made was reportedly leaked.

I don't know how the audio recording got out because I shared it with a few persons in confidence. -Deji Adeyanju on Nigeria Info

When a Father sits in
Silence,
it’s because he is a
Fada.

Deji,
me and you know weytin
dey worry you, wey you no fit
tell your fans.

Nevertheless,
I still love 💖 you,
Try mellow on your
break dancing my
Son. pic.twitter.com/7i4iEDkefh

Charley boy confirms he took money from Festus Keyamo, saying Deji is angry because he didn’t get a share. See his reaction when they asked him how much. This Sheman self 🤣 pic.twitter.com/LjxTxDWcJd

Deji Adeyanju and Charly Boy teamed up to "fight" for Nigerians

While Deji was languishing in Prison, Charly Boy was enjoying corrupt cash

Charly Boy is 67. Deji is his Last Born's age mate

The two major conveners of "Our Mumu don do" campaign are dragging themselves in the media as being the NUMBER ONE MUMU in Nigeria.

Deji says Charly boy is the number one mumu in Nigeria. And vice versa. It is a mumu tournament guys. I am loving this game. 🤣🤣🤣🤣🤣🤣🤣🤣🤣

Both Charley Boy and Deji Adeyanju mumu never do yet.

This is very embarrassing.

This is why I don't get too deep in this opposition thing. I can't die for anybody.

Charly Boy collected money from Buhari while Deji was locked up??
Nigeria has lost it finally😧😠😡😢😭The masses need to wake up and fight for themselves.

I am Highly Disappointed on Charlie Boy @Areafada1 .
Chai!!!@adeyanjudeji We will have to regroup.
And this Time Stronger and Better.
And All Traitors will be put to Shame. ⛎

Festus Keyamo is a disappointment

On this Charlie boy’s bribery scandal I am more concerned about how a supposed Senior Advocate of Nigeria, Mr Festus Keyamo is the one going around giving bribes.

That man is an expression of disgrace and an embarrassment to the Bar.

This @Areafada1 leaked video is just too sad. The same way @fkeyamo was cashed into @OfficialAPCNg he also did the same to Charlie boy. What he did was to get SAN for his dealings despite his years in the bar.

I don't know which is more laughable: Deji's revelation of Charlie Boy's bribe taking or Nigerians feigning ignorance of the fact that a bulk of civil society groups, pro-party outfits and energetic protesters are milked by politicians.

Waiting on Activists to risk their Lives for the majority has created a market for commercial activists who virtue-signal their way into good negotiating positions..

The Middle-Class has to build a sociopolitical platform to protect itself.

Fani Kayode vs Reno
Charlie Boy vs Deji the 'Activist'

If you are surpised, then your mumu never do. You are the very definition of NAIVE

A Twitter user made a thread of what allegedly transpired between both parties. Read it here. And other reactions here.