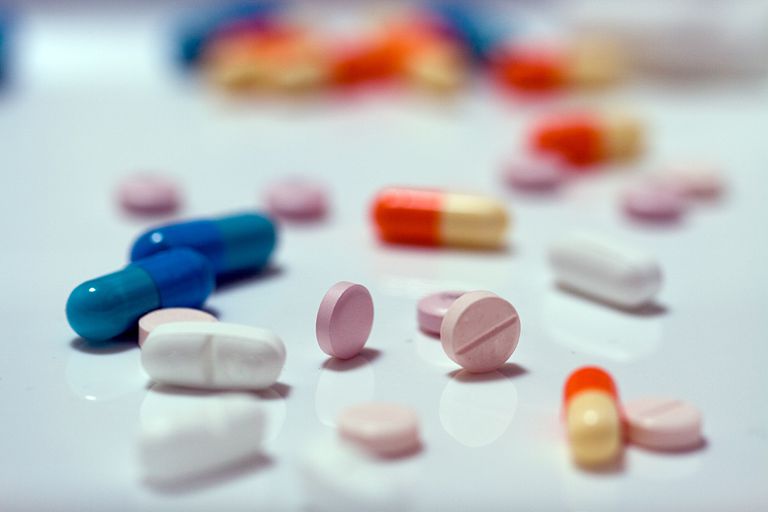 Fifteen years ago, a young Nigerian boy, Adebayo Alonge slept and did not wake up the next day after taking drugs bought from a street chemist in Ibadan, Oyo State, Nigeria.

He had been earlier diagnosed with asthma and had to buy Ventolin tablets to manage the condition.

“After taking the drugs, I slept that night and did not wake up throughout the next day,” he told Techpoint in a telephone conversation.

At the hospital, it was discovered that the Ventolin tablet did not contain salbutamol sulfate, the active ingredient it is supposed to have; it was a fake. And the unknown constituents had driven young Adebayo into the deep sleep he was in at the time.

“This episode motivated me to go to pharmacy school and ultimately research into combating the fake drug scourge,” he recalls.

Adebayo Alonge went on to found RxAll, a company that built the RxAll solution for checking fake drugs. The solution is “a miniature nanoscanner that uses AI to identify drugs and assess their quality on mobile phones.”

On the workings of the RxAll, Adebayo says;

“We are using AI and molecular spectrometry. The hardware itself is a connected IoT with a programmable AI sensor.”

RxAll is a deep tech solution. According to Wikipedia;

“Deep tech, or deep technology, refers to tech startups that are based on substantial scientific advances and engineering innovation (i.e. high tech). They often require longer term, large investments, substantial research, and can take longer to yield commercial success (if successful).  Because of this, they tend to be much harder for competitors to replicate.”

This particular deep tech solution is very necessary. According to the United Nations (UN), 700,000 deaths a year are caused by fake malaria and tuberculosis drugs alone. In Africa, the annual death toll from counterfeit drugs is around 100,000.

The UN says 1 in 10 drugs sold in developing countries are most likely fake and estimates the industry to be worth around $30 billion. RxAll is looking to squash this industry with its simple solution.

Hello Tomorrow is “the world’s best deepTech conference for scientists, technologists and their enablers.” Every year it organises a challenge over a 6-month period to determine the best deepTech solutions in the world.

However, the $60 price tag on the nanoscanner is currently beyond the reach of individuals.

“We initially made it to target consumers and wanted it to be in every household in the world.  But the price point is honestly still beyond reach for most households,” Adebayo admits.

According to him, for now RxAll is targeted at partnerships with health regulators like Nigeria’s National Agency for Food & Drug Administration & Control (NAFDAC) and United States Food and Drugs Administration (USFDA) and its equivalents in countries around the world. Pharmacies and chemists are also prime targets for now.

All this is for now, until the price is at a point where it is more readily available. Adebayo said they are looking at a $10 price mark in the nearest future.

At its current $60 price, RxAll has sold 70 units. This is according to its co-founder and CEO, Adebayo Alonge who told Techpoint there are still 1,083 units waiting to be delivered.

To do this, Adebayo says they are on a $2 million fundraising round and are currently being very selective about investors and investment.

“We want investors who are knowledgeable in hardware and IoT,” he says.