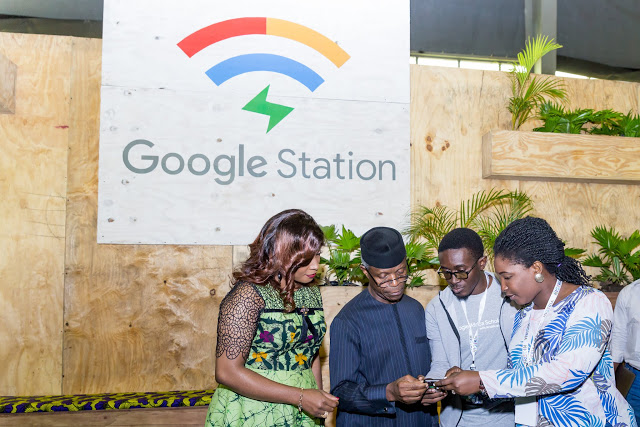 Last year, Google launched its public free Wi-Fi initiative in Nigeria, in a bid to improve access to internet connectivity in the country. Google Station, as it is called, first launched in Lagos and later in Abuja.

But the initiative, which is expected to spread to three more cities by the end of 2019, might already be facing challenges from the regulatory authority of the telecommunications industry, the Nigerian Communications Commission (NCC).

A recent report by The Nation claims that the NCC has accused the search engine giant of evading regulatory oversight in the expansion of Google Station across Nigeria. The regulatory body has reportedly called the attention of the Federal Government in a letter to the Presidential Enabling Business Environment Council (PEBEC).

NCC’s letter supposedly came shortly after the United Bank for Africa (UBA) partnered with Google to provide free Wi-Fi hotspot in key branches of the bank in Lagos.

Worthy of note is that PEBEC is under the office of the Vice President, Yemi Osinbajo who was present at the launch of Google Station in Abuja in December, 2018.

Techpoint reached out to both Google and NCC for clarifications. The Public Affairs Director of NCC, Nnamdi Nwokike neither confirmed nor denied the story. And on the part of the Internet giant, a spokesperson affirmed that Google Station is operating legally in the country.

“We are liasing with all parties to clarify all issues,” the spokesperson added.

Google’s response alludes to the possibility of an actual case against the company instigated by the regulatory authority.

The Nation claims that one of the issues raised by NCC was that Google doesn’t own an Internet Service Provider (ISP) license in the country.

To be clear, Google is partnering with local licensed players to provide the free WiFi service. This is a similar model to what CloudCover — a provider of multi-network mobile data services — uses except unlike Google, it offers a paid service.

As it is, CloudCover did secure an ISP licence prior to its commencement of operations in Nigeria. This was in spite of working with licensed ISPs. Apparently, NCC advised CloudCover to get an Individual Service Provider licence after describing the nature of the service.

From all indications, this is just one of many moves the NCC has made in the past towards protecting the interest of Nigerian telecommunications companies. At a time, NCC was considering the regulation of Over-the-Top (OTT) services in the country.

One of the bases cited by the regulator then was that Voice Over Internet Protocol (VoIP) is a threat to traditional telephony. VoIP is one of the benefits of OTT services which are basically messaging applications from third-party services that provide services like instant messaging, video as well as VoIP.

The Association of Licensed Telecommunications Operators of Nigeria (ALTON), at a time, had also called on the government to licence and provide regulations for OTT. For ALTON, regulating OTT services will bring in more money for the country.

Based on the history, it doesn’t seem far-fetched that the NCC could make similar demands of Google, as licensing Google Station could serve as an avenue for revenue generation for the government agency while also protecting local players in the process.