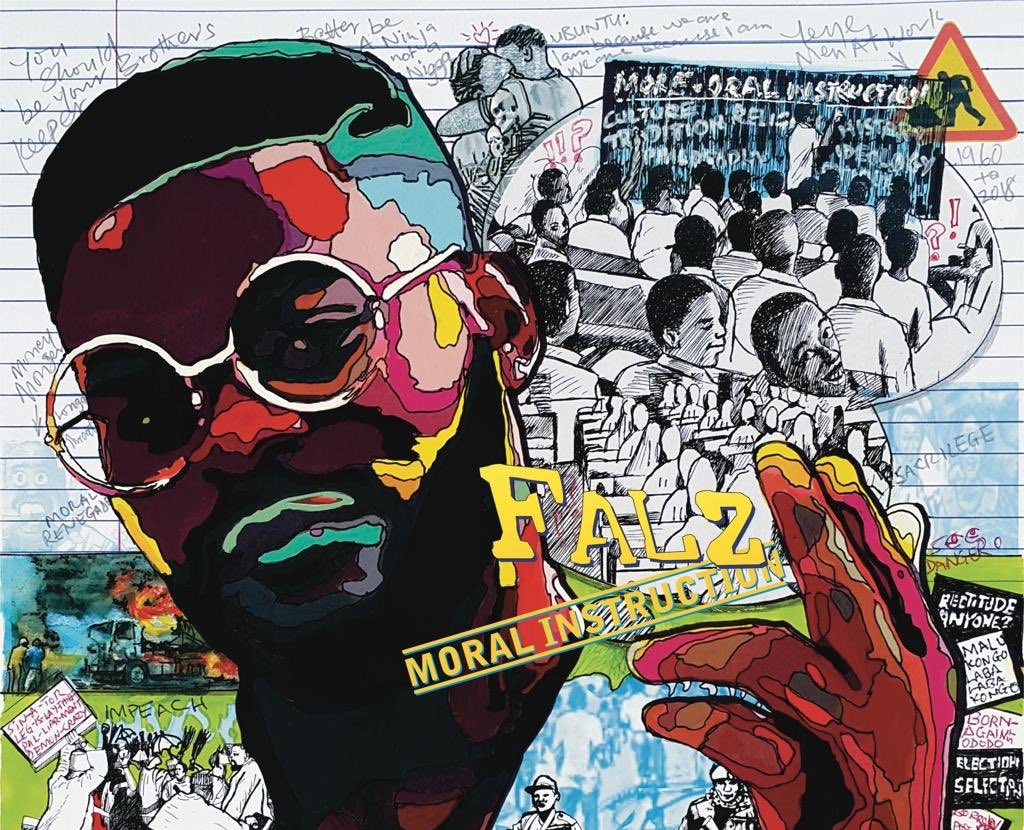 Reactions to the album

Listening to Moral Instruction for the upteenth time. Falz broke the table mehn, him even talk my own matter sef. 😭

He is right. We’re all hypocrites.

Whenever Falz says it time for #MoralInstruction he sure means it.
Let's learn. Nice album pic.twitter.com/UhIGLGAeJE

Falz dun metamorph into Fela right before our eyes. Moral Instruction is way too dope pic.twitter.com/eHmVuaB4R7

Falz is obsessed with runs girls. It’s a fact.

If he wants to drag transactional sex in his songs, he should condemn ALL the parties involved. Also, he can’t have lyrics like “baby let me be your customer…”

Falz says he hates transactional sex, but isn’t ‘Something Light’ about a girl that didn’t want to sleep with him even though he took her out and bought food for her? Isn’t that transactional??

1. How is transactional sex “wrong” ?
2. How are you calling out just the service provider and not the customers ?
4. You somehow left out all the male sex workers in the country ?
5. How do you equate a 2 way business with yahoo yahoo(fraud)

Y’all and Falz are fully dumb

It's pretty alarming that of all the things talked about on falz's moral instruction, the one that people are talking about the most is that of transactional sex when there are other more important things

Falz dropped a WHOLE album addressing the things destroying Nigeria from poverty to evil politicians to the exploitation of masses to lack of education.

So sad that it's all been narrowed to a debate on what he deems as transactional sex.

Re: The Gold Wedding

Last week, we heard that popular Nigerian artistes Adekunle Gold and Simi got hitched at a private ceremony in Lagos. This week, after neither confirming their nuptials, the couple released a new video titled Promise. I dare you to watch the video without feeling mushy.

Adekunle Gold and Simi are actually funny😂 Instead of sharing their wedding pictures they gave us music video about two people in love getting married, & they were the lead characters😒

I just listened to #Promise by Adekunle Gold and Simi. Those two have the kind of musical chemistry that's hard to topple. Glad they are gonna have to spend the rest of their lives together too.

Adekunle Gold and Simi are the only celeb couple I stan for in this life.

Did Adekunle Gold and Simi get married or was it just for a music video… pic.twitter.com/WcfaNUrMYY

What if the whole Adekunle Gold and Simi's wedding was just a video shoot for this their new song and nothing more ?

God, I can see the love Adekunle Gold and Simi share 😩😩. My own will come even sweeter!

This Adekunle Gold and Simi #Promise video made me want to find that special someone ASAP.
She sha must have a great sense of humor, sprinkled with a dirty mind and toppings of craziness.
I'm not asking for much.
RT, she might be on your TL cos she ain't on mine 😂

Adekunle Gold and Simi kept their relationship very lowkey. But my girlfriend will be disturbing me to customizeshirt with our picture on it.

If after watching Adekunle Gold and Simi's Promise Video and you are catching feelings.
.
.
.
Boy friend for hire, on a 6 month contract, with possibility of 6months extension.
I am currently a free agent.
So no need for Transfer fee.
.
I am a keeper, I can also DM🙃
.
Kindly RT

Me after seeing the #Promise Video by Adekunle Gold and Simi then remember am still single. pic.twitter.com/Xg8Tg02mCv

This Adekunle Gold and Simi song will make you think marriage is very sweet without obstacles as seen on Hollywood Movies.
The music make sense shaa

Want to read something funny? Visit the official mobile app of Babajide Olusola Sanwo-Olu, Lagos state’s All Progressive Congress (APC)’s gubernatorial candidate on Google Play store. Read the reviews and thank me in the comments section.